AGAINST THE TIDE TV NEWSLETTER – JULY 2021

An appeal in the case of pastor Chojecki sentenced for words 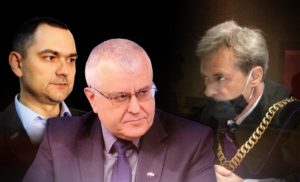 Att. Andrzej Turczyn and two other defenders of Pastor Pawel Chojecki filed an appeal against the judgment of the court of the first instance [Article]

On June 10, the District Court in Lublin announced a verdict (not legally valid) in which the judge sentenced Pastor Paweł Chojecki to 8 months of restriction of freedom in the form of community work and ordered him to pay more than PLN 20,000. Paweł Chojecki, editor-in-chief of Against the Tide TV and pastor of the Protestant New Covenant Church in Lublin, was convicted of, inter alia, insulting religious feelings of Catholics and insulting President Duda.

In our program, Pastor Paweł Chojecki explained why he decided to appeal:

This is an unfair judgment and it is a shameful judgment because it closes Poles’ way to freedom. It is a warning to others not to dare to criticize the Roman Catholic Church and not to criticize the authorities in a clear, understandable, and painful way.

Meanwhile, foreign media began to write about pastor Chojecki’s case. In an article in the Dutch newspaper Nederlands Dagblad, Herman Veenhof described extensively the case of accusations, trial, and sentence against the pastor. He also presented the life of Paweł Chojecki, as well as the mission and objectives of Against the Tide TV and the Megachurch project. Also, Herman Veenhof appeared on our program. He told us about the motivations he had to address the Polish pastor’s case. [Article]

Zbigniew Żukowski, an anti-communist activist during the Communist era, now living in the United States in Florida, awarded the Order of Polonia Restituta Fourth Class, spoke with us about the pastor’s trial and verdict. He referred to the case of Pastor Paweł Chojecki on his blog and our program.

Pastor Radosław Kopeć prepared a new musical production, a cover of Jack Kaczmarski’s “The Source II (Backwaters)”. This song – constantly up-to-date, spurring to fight, encouraging to go against the tide towards the light – perfectly illustrates the daily battle of Pastor Chojecki for Poland and Poles.

Pastor Paweł Machała, on the other hand, organized the campaign “TOUR de FREEDOM – freedom of speech for everyone! In three weeks, he traveled through Poland on a specially prepared bike with a trailer, which showed the logo of Against the Tide TV and the hashtag #SupportPastorChojecki. During his journey, he met with people to talk about what freedom of speech is for them and what they think of the judgment for Pastor Chojecki. Local media reported on pastor Machała’s action.  [What the pastor is accused of]  [Pastor Chojecki’s statement and appeal] [Movie who is Pastor Chojecki] [#SupportPastorChojecki] [Report from the first trial]  [The trial – continuation] [The trial – prosecutor’s demand] 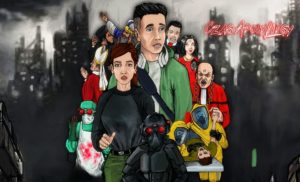 On July 9, the animated film “The Time of Apocalypse” was released based on the comic book by Andrzej Patalon. The protagonist of the film – a typical representative of the young generation – witnessed forced chipping of people, total surveillance, and terror by the authorities. He also meets the Antichrist, a global political leader, the head of a world government. After a while, the man is captured… What happens next? See for yourself. [Article] 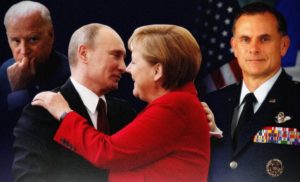 We talked to general Robert Spalding, President Donald Trump’s former national security adviser. He commented on a recent, unprofitable for Poland, agreement to complete the Nord Stream 2 pipeline. He acknowledged that President Biden’s administration wants to strengthen relations with Germany even though many congressmen from both parties oppose it. At the same time, he said that these actions should not split democratic states and he encouraged cooperation outside the administration or government to repel attacks on our democratic institutions. 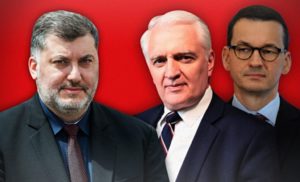 We also talked to the opposition MPs, Artur Dziambor and Dobromir Sośnierz, about amending the Radio and Television Broadcasting Act. The law is intended to force the American company Discovery to sell its stake in TVN, one of the three largest television stations in Poland. Discovery’s investment is estimated at 1 billion dollars and is the largest U.S. investment in Poland.

Both MPs voted against this law as it undermines both: freedom of expression and private property. As Mr. Dziambor told us, he predicts that the ruling Law and Justice party only wants to heat up emotions and distract attention from other important topics, such as the fight against the head of the Supreme Audit Office and the problems within the ruling coalition. 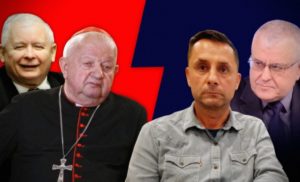 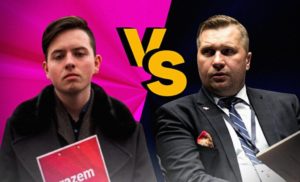 Another important political topic in Poland was the actions and statements of the Minister of Education and Science Przemysław Czarnek. They led to a proposal in Sejm of Czarnek’s resignation.

Law and Justice’s MP, Dr. Bartłomiej Wróblewski, President of Poznań Jacek Jaśkowiak from the Civic Coalition, and Christian Szpilski from the Left Together party spoke on the matter on our TV.

Christian Szpilski, when asked why his party was involved in collecting signatures under a citizen’s vote of censure against Minister Czarnek, replied that the public does not want an inquisitor in the place where the Minister of Education should be, and also does not want a man who confuses the curia with the superintendent. He also said that the state cannot impose a worldview on parents and children and that until the child is 18, it is up to the parents to decide in what spirit, religion, and views they will be raised.

In turn, The President of Poznań Jacek Jaśkowiak stated that idiotic statements by Minister Czarnek will lead to the fact that in a few years only 5% of students will take part in RE. At the same time, he appealed to young people:

I encourage all young people to reach out to this most important Book of the world, to read the content, not to mindlessly use certain formulas. I wish they took the word and returned to that word.

However, Law and Justice MP Dr. Bartłomiej Wróblewski, standing up for Minister Czarnek, replied to the President of Poznań that he was an ultra-liberal, progressive politician who would like the world to look very different from the Polish and Christian tradition – in any denomination.