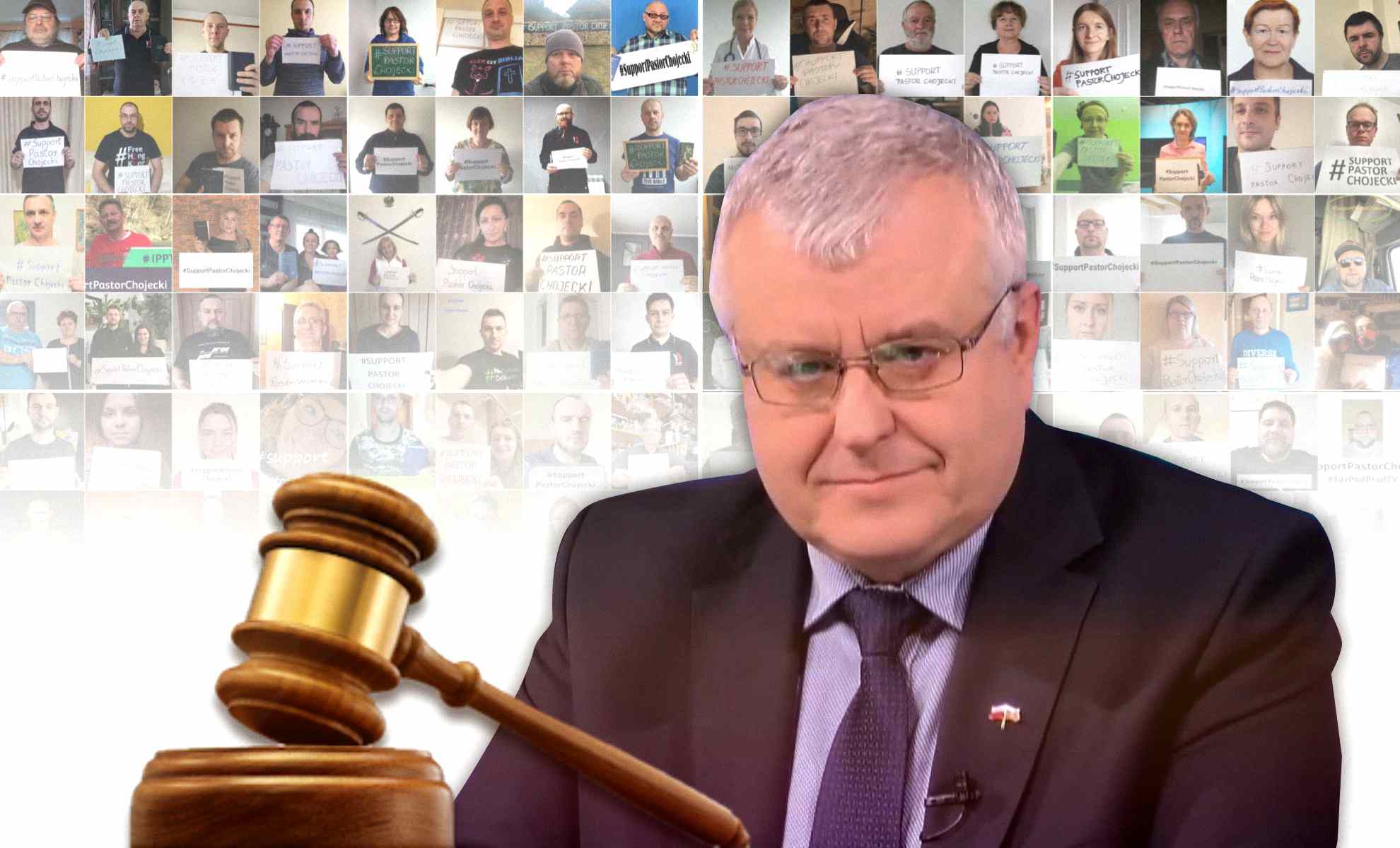 Hundreds of Internet users have expressed indignation at the prosecutor’s proceedings and gave support for Pastor Paweł Chojecki who has been brought to trial for criticizing the Polish president and the Catholic Church. Support also comes from abroad.

For several years, a group of haters had collected materials that were later used to attack pastor Paweł Chojecki, the editor-in-chief of Against the Tide TV. They watched every minute of live programs he participated in, including sermons at the Protestant New Covenant Church.

Out of a few sentences used out of context, the prosecutor’s office presented accusations of offending the religious sensibilities of Catholics, insulting Catholic objects of religious worship, praising the initiation of aggressive war with communist North Korea, and insulting the Polish nation and the President of the Republic of Poland.

The first hearing in the trial of Pastor Paweł Chojecki took place on March 31.

The pastor provided extensive written explanations for each charge of the indictment.

I have shown that the Prosecutor’s Office misinterpreted my words, which when read in their full context, both in content and form, fit within the general framework of contemporary political debate and historical polemics between Protestants and Catholics. By denying me the right to criticize Catholic dogmas in the form I choose, and to evaluate the president’s political activities, the prosecutor’s office takes away my freedom to profess and preach my faith and suppresses the political debate in a democratic country. The accusation of communist North Korea, at war with the free world since 1950 and intimidating its neighbors with more missile tests, is so bizarre that it fits the “Trial” of Franz Kafka, pastor Chojecki said.

Hundreds of Internet users have expressed indignation at the prosecution’s proceedings and support for Pastor Paweł Chojecki. On social media, like Facebook and Twitter, the hashtag #SupportPastorChojecki is gaining popularity.

A Christian from Janów Lubelski, whose name is Grzegorz, expressed his special support.

On my stockade I hung a makeshift inscription with the hashtag #SupportPastorChojecki. And it was there for a few hours. We have to support pastor Chojecki strongly. I support him in what happened. A serious attack has been launched against the pastor, although in my opinion, the accusations are nonsensical and downright absurd, Grzegorz said.

To read more about the trial of Pastor Chojecki and the first hearing, visit againstthetide.tv

The next hearing is to be held on April 28 in the District Court in Lublin.

See Pastor Chojecki’s sermon “How to drive Globalists out of our Churches?”