AGAINST THE TIDE TV NEWSLETTER – JUNE 2021

Pastor Chojecki was sentenced to 8 months of community work for criticizing the Catholic Church and President Duda! 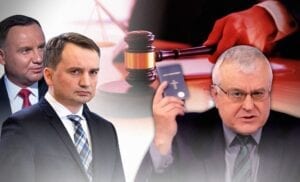 On June 10, the District Court in Lublin issued a judgment in the case of Pastor Pawel Chojecki, editor-in-chief of Against the Tide TV, who has been tried for, inter alia, insulting the religious feelings of Catholics and insulting President Andrzej Duda. The pastor was sentenced to eight months of restriction of freedom in the form of 20 hours per month of community work and reimbursement of the costs of the trial – more than 20 thousand PLN. The judgment is not legally valid.  [Article]

Pastor Paweł Chojecki commented on the court’s decision: “That the Polish State will punish me [now] for my beliefs and words…. I have not experienced something like this in my life. I don’t think any pastor in Poland has been convicted of criticizing the dogmas of another church. Since God has given me the role of the first, I accept that. The judge also sent a clear signal to those who criticize the Catholic Church and the power of Law and Justice to be very careful about the words, because they will share my fate.” The pastor announced an appeal against the verdict.  [Article]

Att. Andrzej Turczyn, defending Pastor Paweł Chojecki, commented on the judgment: “This judgment will have an impact on what can be said in Poland. I think Poles should learn that the times are coming, that it will not be possible to say what one thinks.”

Also, Michal Hara, the head of the Legislative and System Department at the Ombudsman’s Office, Artur Nowak, defender of victims of pedophile priests, Dobromir Sośnierz, the member of Confederation, Krzysztof Kilian, professor of the University of Zielona Góra, editor Eli Barbur, as well as former priest Jerzy and rapper Mikołaj “Mikser” Mądrzyk, commented on the court’s verdict.

Meanwhile, Paweł Machała, also a pastor of the New Covenant Church in Lublin, initiated an extraordinary bicycle action of support for the persecuted Pastor Chojecki: “TOUR de FREEDOM – freedom of speech for everyone!” On a specially prepared bike with a trailer with the logo of Against the Tide TV and the hashtag #SupportPawełChojecki, he plans to travel through the whole country.

Covering hundreds of kilometers every day for at least 3 weeks, he is meeting people from different corners of Poland and asking them about what freedom of speech is for them and what it should look like in practice, and what they think about the verdict for Pastor Paweł Chojecki.

[Movie who is Pastor Chojecki] [#SupportPastorChojecki] 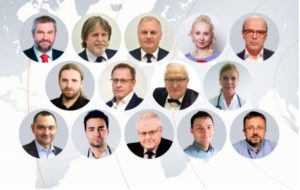 On June 3-6, we held the 7th Congress of the viewers of Against the Tide TV. The congress was inaugurated by pastor Paweł Chojecki, entrepreneur Michał Fałek and att. Andrzej Turczyn.

This year too, we have had the opportunity to listen to lectures given by distinguished guests from all over the world.

The culmination of the congress was Saturday’s debate “Poland after the Chinese pandemic”, which was attended by several individuals from the world of politics, medicine, media, and science. The debate was divided into three thematic blocks: ECONOMY, HEALTH, and SOCIETY.

The congress ended on Sunday, June 6 with a summary and comments from the participants and questions answered by pastor Paweł Chojecki and Michał Fałek. 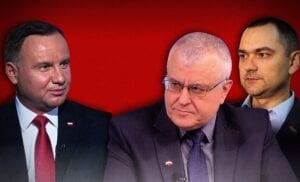 Elmer Yuen: "Poles, you have no independence!" 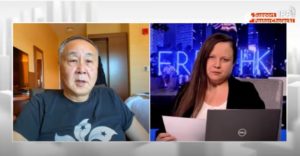 Elmer Yuen, an anti-communist activist and businessman supporting Hong Kong’s pro-democracy movement, also appeared on our TV. He presented the current situation in Hong Kong, after the destruction of the last free newspaper “Apple Daily” by the Chinese communists. He also referred to the global policy that communist China is conducting. He stressed that the Wuhan virus is a very good example of Unrestricted Warfare. Although this war began by accident, it exposed our complete lack of preparation. He also noted, “What if they intentionally started the warfare? What is the world going to do? We are totally unprepared. And then, in your country, you still have people who want to do business with them and make some money. What a joke! I cannot understand it.”

"It’s the legalization of communism" - Dobromir Sośnierz on the amendment of the rules on administrative proceedings, including the reprivatization 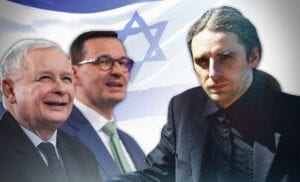 MP Dobromir Sośnierz, a member of the Confederation expressed a clear negative opinion on the revision of the Code of Administrative Procedure. He told us: “It’s not just about reprivatization. All matters relating to administrative decisions, even the most scandalous ones, from communist times, will thus be stuck. So it is recommunization – the legalization of communism, everything that the communists have done.” 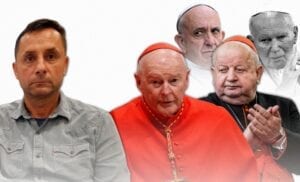 In June, Janusz Szymik, a victim of pedophile priest Jan W., filed a lawsuit for damages demanding 3 million PLN from the Diocese of Bielsko-Żywiec. “The amount is adequate to the suffering I have experienced, am still experiencing, and will be experiencing,” Janusz Szymik told us. 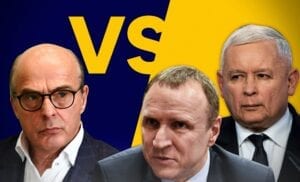 We talked to Jan Pospieszalski, a journalist and columnist whose program “Warto Rozmawiać” (It’s worth talking) was taken off the air on state TV in March 2021. He commented on the state of public media in Poland: “It is a matter of public media being intended to serve society, all of us, to be a means not only of communication, information but also of building a community, of transmitting culturally important content – and there is still a problem with this.”

It’s already been 5 years of The Family ER!

It’s been five years since the first episode of The Family ER show aired in 2016. What were the beginnings and first programs, what inspired us, what were the benefits of involvement in this project, and what are the plans for the future? The answers to these questions were given in an interview with the originator Kornelia Chojecka and the statements of guests and presenters.

In June, new sports broadcasts appeared on our TV:

– Comments by Mateusz Lis on the performance of the Polish national team at the Euro 2020 European Championships.

– “Who are our Olympians?” – interview with Tomasz Barniak, a world runner-up in canoeing.