Home Bible EXCLUSIVE: Pastor Paweł Chojecki: There will be an appeal against the verdict!... 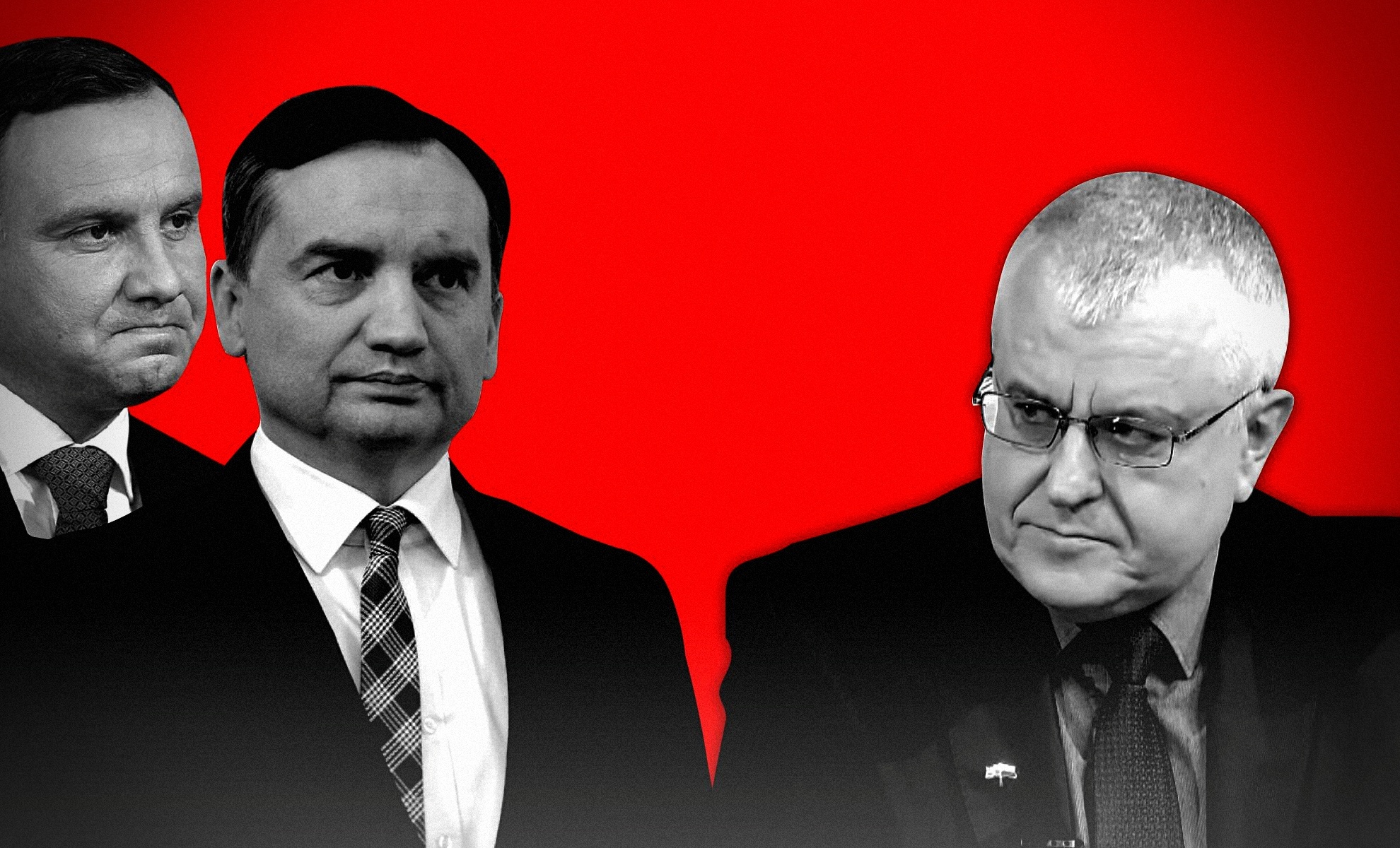 Pastor Paweł Chojecki was today convicted for, inter-alia, insulting the religious feelings of Catholics, and insulting President Duda. The verdict is eight months of restriction of freedom in the form of community work. The judgment is not legally valid. Today, in the program Against the Tide LIVE, pastor Chojecki announced an appeal against the verdict. – The greatest harm that this judgment does is that it has already gone out to the public. I have been humiliated and stigmatized in front of the whole of Poland. The biggest victim of the verdict is the Polish nation, not me. It is our freedom that has been harmed! – said the editor-in-chief of Against the Tide TV.

Eunika Chojecka: What was your first reaction to today’s judgment?

Pastor Paweł Chojecki: I was prepared for this, but I accepted it with sadness. This is a very important message for every Pole – not just for me. It may sound strange, but I consider this a privilege. I have been a Christian since the times of communism, I converted [to Christianity] in 1986, (…) I was afraid that I would be prosecuted by the prosecutor, the Ministry of Public Security, or the courts. Thank God this did not happen. Now, in supposedly free Poland, I am not only dragged to the courts but also, I am subject to the court’s verdict. I think Christians know the testimony of the Apostle Paul from Phil. 1:29 “For to you it has been granted for Christ’s sake, not only to believe in Him but also to suffer for His sake.”

The fact that the Polish State will punish me for my beliefs and words… I have not experienced something like this in my life. I don’t think any pastor in Poland has been convicted of criticizing the dogmas of another church. Since God has given me the role of the first, I accept that. The judge also sent a clear signal to those who criticize the Catholic Church and the power of Law and Justice to be very careful about the words, because they will share my fate. There will be haters who will stalk your statements, there also will be the prosecutor’s office supervised politically by Minister Ziobro. And, as you see; there will be a verdict. It is also very strange that the judge in the justifications of the sentence said that this punishment is intended to make me think about how my dogmas are presented. As I understand it, the point is that I have to think about my Christian beliefs. I wonder how the Poles will react. Is it really the court’s job to shape the dogmas of the faith of Poles?

This is indeed the day of triumph for my enemies, who have been destroying my person, my family, for years. Some of them I know personally, once they were in my house, I preached the gospel to them. I hope that now they see what harm they have done not only to me but to the harm they have done to Poland – they have muzzled themselves because the restriction of freedom will also affect them. I hope for some in-depth reflection, perhaps their conversion (…)

Even if this judgment is overturned by the court of appeal, it has already been announced to the public. I have been humiliated and stigmatized in front of the whole of Poland. There is no going back from this, even if the court of appeal changes that judgment. The biggest victim of the verdict is the Polish nation, not me. It is our freedom and our state that have been disgraced.

Below, you will find comments on the verdict in the trial of Pastor Paweł Chojecki, made today, in Against the Tide LIVE.

This is not a day of triumph, of contentment – it is more of a day of amazement about the content of this judgment. I do not agree with this judgment, I am disappointed, I am sorry and sad. I think that this case will continue, but (…) I believe that I have worked quite a lot on this case, and having listened to the oral arguments made initially by the Judge-Rapporteur, I am disappointed that the Judge did not in any way relate to this hard work, to the arguments that I have put forward myself in, note, I stress, 54 letters submitted to the court, and he has largely confined himself to repeating the arguments put forward in the indictment.

I would like this justification of the verdict, which was delivered today in Lublin, to be made publicly available. For all Poles to be able to get acquainted with what the judge-rapporteur initially said about why he convicts Paweł Chojecki. I think they may be a little shocked by it. This judgment will have an impact on what can be said in Poland. I think Poles should learn that the times are coming, that it will not be possible to say what one thinks.

Michal Hara, Head of the Legislative and System Department at the Ombudsman’s Office:

I think it is too early to talk about the possible effects of the judgment. I am aware of how the pastor receives a conviction, but it must still be remembered that this is an invalid judgment and, under the law, is a pastor, innocent man. Only a final decision of the court, the conviction, will break the presumption of innocence.

Prof. Krzysztof Kilian, Department of Ontology and Theory of Cognition, University of Zielona Góra, author of the counter-opinion to the expert opinion in the trial of Pastor Chojecki:

From what I know about it, in any literature on the subject, religious feelings have not been defined. If they have not been defined, it is difficult to talk about what has been offended, or what has not been offended. (…) There is exactly one definition in our Supreme Court that defines religious feelings as a mental state. The question arises, how can one offend someone else’s mental states? Mental states are physio-chemical processes, so it gets even better. (…) I have hypertension – some physicochemical processes occur and – is it also possible to offend them or not? (…) In fact, everyone can be accused of something like this. This is a very dangerous procedure.

What’s next? Pastor Pawel Chojecki finished the program Against the Tide LIVE saying:

Thank you very much to all those who have been with me during this time. My family, the crew, you as well. After all, the action #SupportPastorChojecki involved a few hundred people, numerous messages. This has been a great experience. I know we’re entering dark times. This is the [government’s] message: keep your trap shut! But the question now is: are Poles free people?