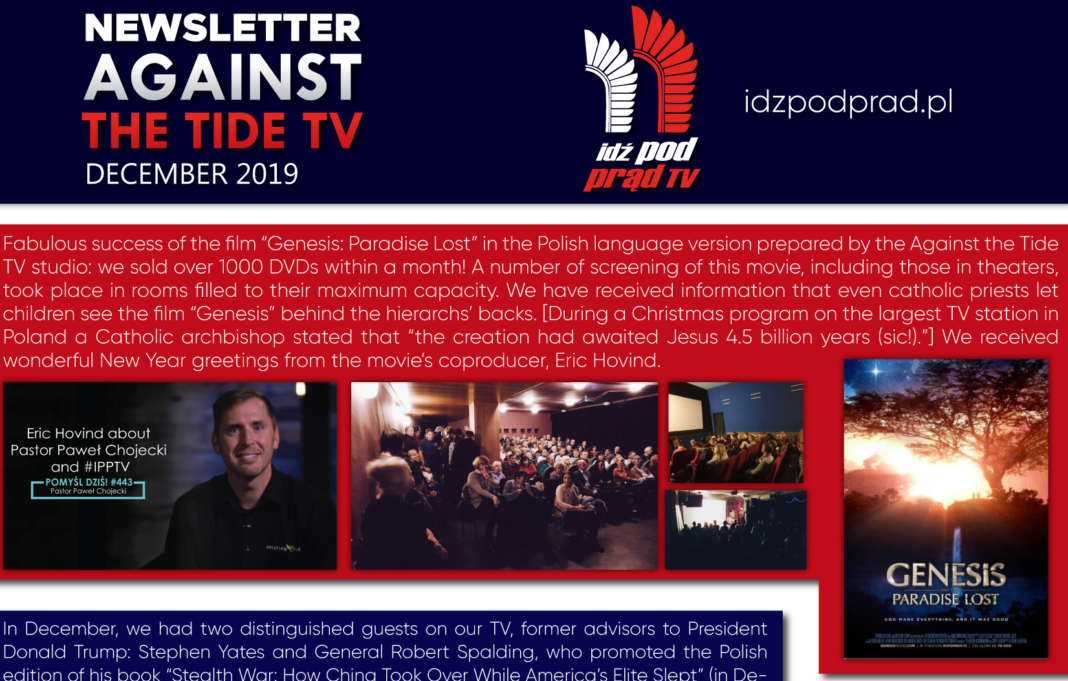 Fabulous success of the film “Genesis: Paradise Lost” in the Polish language version prepared by the Against the Tide TV studio: we sold over 1000 DVDs within a month! A number of screening of this movie, including those in theaters, took place in rooms filled to their maximum capacity. We have received information that even catholic priests let children see the film “Genesis” behind the hierarchs’ backs. [During a Christmas program on the largest TV station in Poland a Catholic archbishop stated that “the creation had awaited Jesus 4.5 billion years (sic!).”] We received wonderful New Year greetings from the movie’s coproducer, Eric Hovind.

In December, we had two distinguished guests on our TV, former advisors to President Donald Trump: Stephen Yates and General Robert Spalding, who promoted the Polish edition of his book “Stealth War: How China Took Over While America’s Elite Slept” (in December, we sold over 100 copies of the book). We are strongly recommending viewing these materials dealing with the topic of Chinese threat.

A delegation from the Against the Tide TV participated in a rally, “Free Hong Kong,” organized in Warsaw by young Hongkongers.

During the Sunday worship on December 8, a car of one of our pastors, Radosław Kopeć, was attacked. A phrase, “F*** Cults,” was engraved on the hood. The police and prosecutor’s office are very slow to investigate the incident, and none of the Polish journalists have informed the public about this attack.

Also in December, an incredible meeting with 96-year-old Marianna Krasnodębska took place in Lublin. Jointly with her family she had received the Righteous Among the Nations award for rescuing Jews during World War II. The meeting included screening of the first documentary film produced by our TV, “Righteous Among the Nations. History of the Jarosz’ Family,” which is now available with English subtitles.

In the beginning of December, we hosted the 7th American Evening celebrating Thanksgiving Day. During the meeting we mentioned that the first Poles arrived in the territory of the future United States of America in 1609. When faced with exclusion from participating in elections to the government of the colony they staged a strike (they laid the foundations of the American industry) and soon they were granted equal rights with others. See video report of the American Evening (with English subtitles.

2019 ended with a record number of donations! In December, almost 1200 people supported us and thus we reached the goal we had prayed for: over 1000 donors supported us each month. None of us had expected that it would be possible to bring about such a great and systematic charity in the poor and unaccustomed with Godly Giving Polish nation.

On December 31, in response to the verbal attacks by Russian president, Vladimir Putin, who accused Poland of causing World War II, we submitted a petition to the President of the USA, Donald Trump, with a request to assist Poland in obtaining war reparations from Russia. We are asking you to publicize this matter. 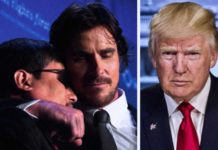