Home Bible A worldwide success of Go Against the Tide during the visit of... 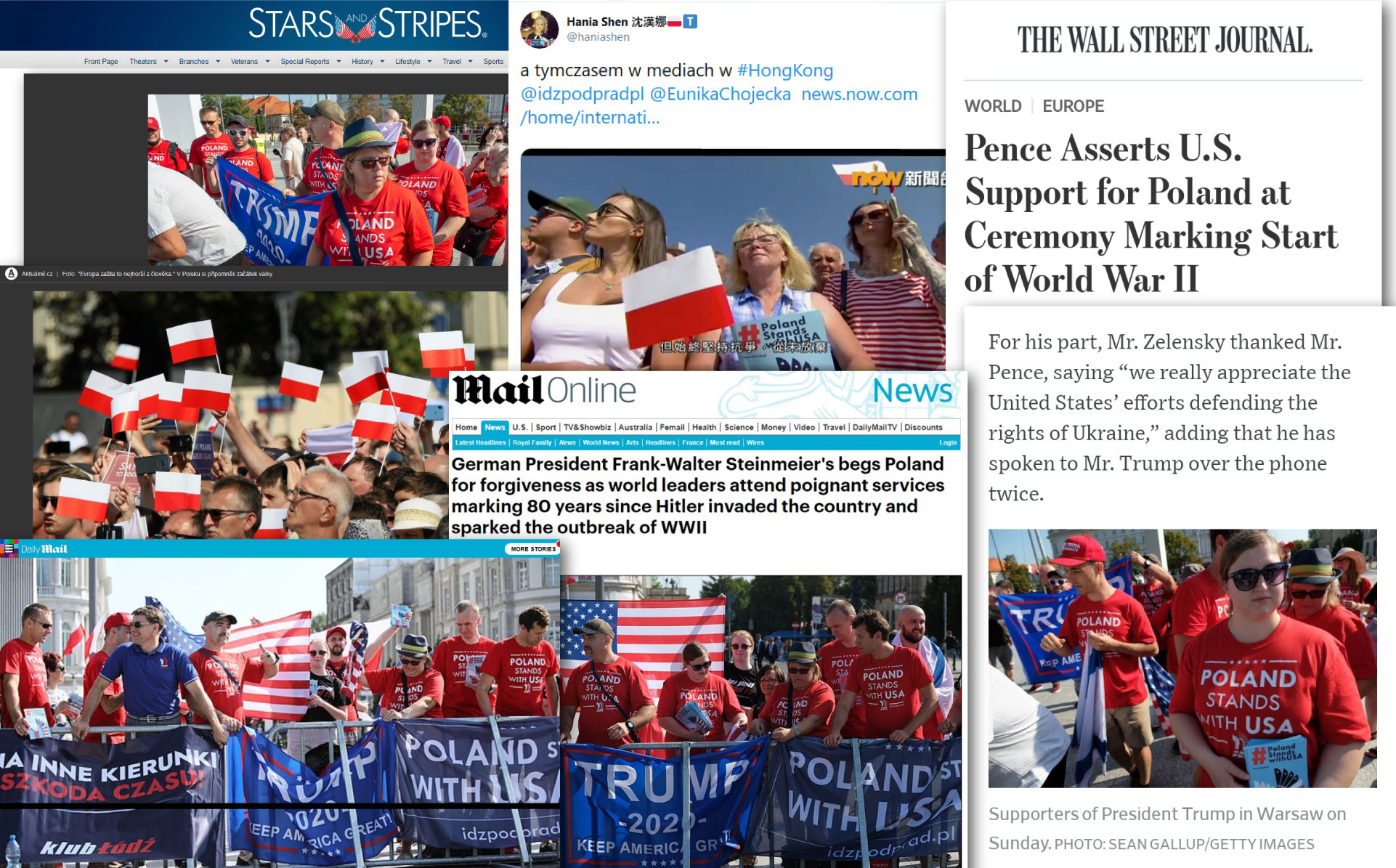 The crew of the Christian Go Against the Tide TV welcomed Mike Pence, Vice President of the free world, with all due respect. He visited Warsaw to take part in the commemoration of the 80th anniversary of the outbreak of World War Two. Photos showing our #PolandStandsWithUSA banner went around the world. See which media noticed the voice of Free Poles!

Photos from our campaign were shown by the American daily Wall Street Journal, Daily Mail, a British newspaper, Star and Stripes, an American military magazine. 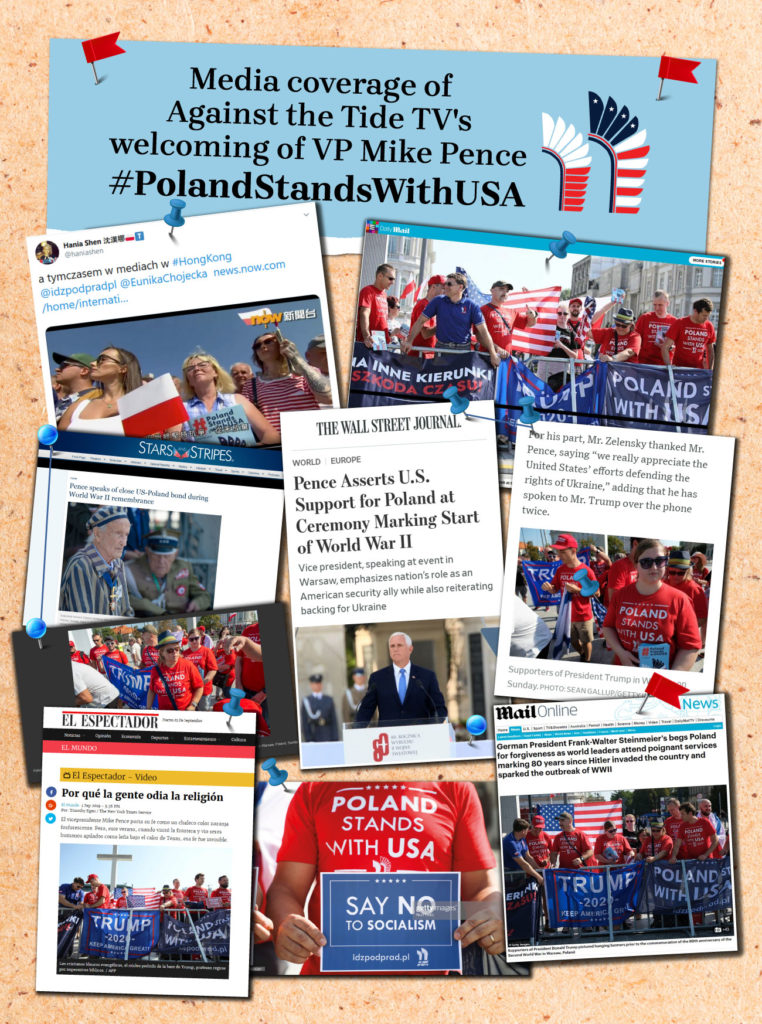 The photos from the #PolandStandsWithUSA campaign were also published by the American photographic agency Getty Images:

We were noticed by Hongkong media:

As well as those in the Czech Republic, Slovakia, Latvia and Lithuania, the Chinese Republic and Colombia.

We regret to say that the Law and Justice government discriminated our editorial team by not accrediting us for the press conference accompanying the official visit of the US Vice President in Poland. We were treated in the same despicable way during the Middle East Conference held in Warsaw in February this year.

Poles who were welcoming Vice President Mike Pence were very interested in our leaflets about the Polish-American friendship. We managed to give away a few thousands of them. See the contents of the leaflet.

Our banners were a dominant part of the graphic setting in the crowd!

We also had a chance to see a friendly response to our #PolandStandsWithUSA banners from Vice President Mike Pence and his wife Karen Pence:

What’s more, we managed to interview Edward Mosberg, a 93-year-old Polsih Jew who survived the Holocaust, who was President Trump’s guest several times.