Home Bible WHY SHOULD POLAND AND THE USA STAND TOGETHER? 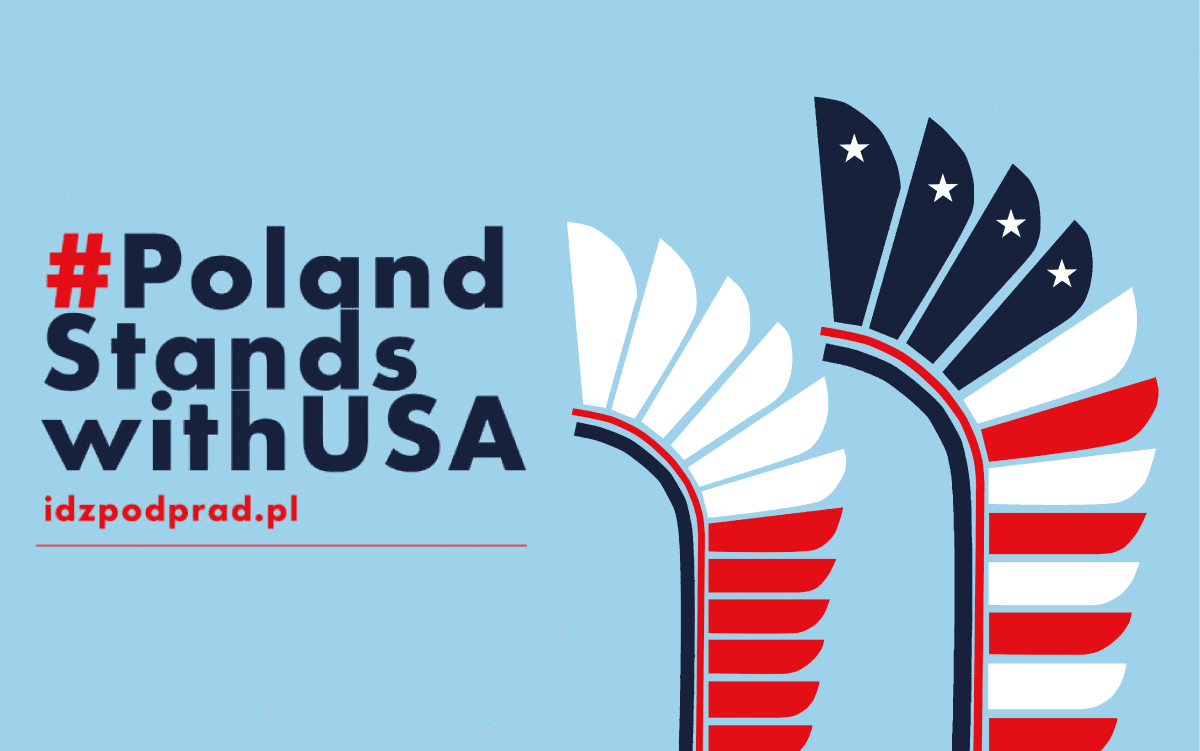 Two years ago, during his visit to Poland President Donald Trump said, “On both sides of the Atlantic, our citizens are confronted by yet another danger – one firmly within our control. This danger is invisible to some but familiar to the Poles: the steady creep of government bureaucracy that drains the vitality and wealth of the people. The West became great not because of paperwork and regulations but because people were allowed to chase their dreams and pursue their destinies. … We put faith and family, not government and bureaucracy, at the center of our lives.”


#1 Freedom is our common legacy!

„We hold these truths to be self-evident, that all men are created equal, that they are endowed by their Creator with certain unalienable Rights, that among these are Life, Liberty and the pursuit of Happiness”. (Excerpt from the Declaration of Independence)

For hundreds of years Polish people have prided themselves on their passion for freedom. We are famous throughout the whole world on the account of our steadfast struggle for freedom, often despite hopeless circumstances. Americans have the same characteristics. They desired freedom and stood up to the fight for independence (in 1775) in humanly hopeless circumstances. Until today proud generations of Americans are raised in consciousness of the high price of freedom. They proudly call their country, “Land of the free and the home of the brave.” Yearly, Americans remember the Poles, who stood by them in the fight for freedom – Kościuszko and Pułaski are but the most famous of our shared heroes. 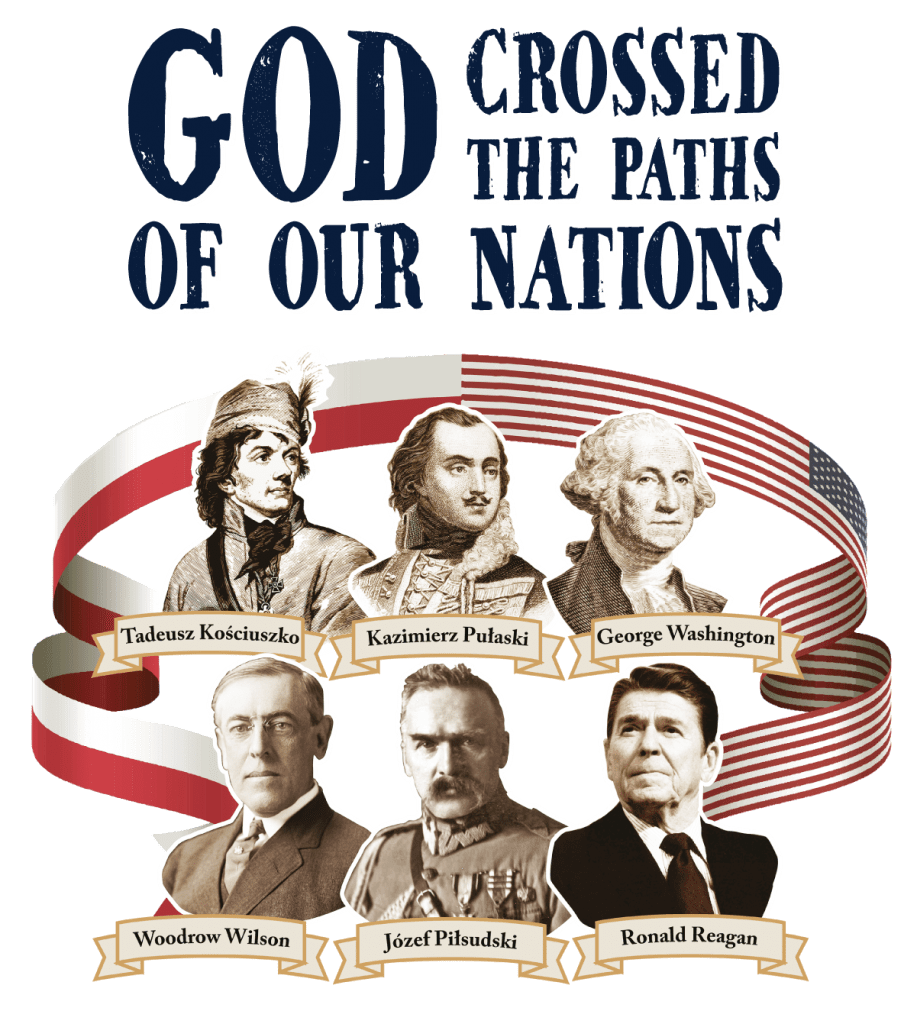 #2 Alliance with America built on Biblical foundations is the only way for us to preserve freedom, independence, and Christian heritage.

Both our nations love freedom because they know that it comes from God. Americans are aware that it is God who gives success, happiness, wealth, and fulfillment of one’s dreams.
The motto, “In God We Trust” is with them every step of the way. Our ancestors at Grunwald, Moscow, Vienna, and Warsaw in 1920 remembered that God is the One who leads to victory. Today, there is a growing trend – especially in Europe – to eliminate God and the Bible from the public space. Poles and Americans can unite their efforts and put a halt to this tendency. We have already experienced firsthand a world without God, in the form of both German Nazism and Russian communism. Today, a choice of right standards and civilizational alliances is critical to Poland’s future. We are threatened by the domination of atheistic European Union on the one side and totalitarian communist China and Russia on the other.

#3 Without Poland the USA will lose Europe as its ally.

„I would describe Poland as currently the second-most important partner [for the US] after Britain” – Nile Gardiner of Heritage Foundation in Washington.

Due to the expansion of communist China, America is increasingly isolated in the world. Germany under Merkel’s government is building “united Europe” following the example of Hitler and wants to push the United States out of the continent. In this part of Europe, America has no better ally than Poland, where nearly 80% of citizens have positive attitude towards the USA (“Future of Europe”, European Commission, 2017).

The occupation by communist Russia left many relicts of socialism in our country and our society. They are present in our mentality, our judicial system, our constitution, administration, and customs. As President Donald Trump rightly observed, socialist bureaucracy “drains the vitality and wealth of the people.” Many millions of Poles wandered beyond the Ocean to reach the land of freedom, where one achieves happiness and wealth through self-determination and God’s blessing and not thanks to whims of the government or an official. Today, once again President Trump invites the Polish people to strengthen
the friendship between our nations. Thus we are given a unique chance in history to not only look with longing onto America as the land of freedom, but to use her inspiration and assistance to build such a country here on the Vistula River.
Make Poland Great Again! Keep America Great! May God bless Poland and America!

Don’t think that what you do is irrelevant. The strength of America began when common farmers believed that they could change history! #ChooseFreedom and join the campaign of the Go Against the Tide TV #PolandStandsWithUSA. 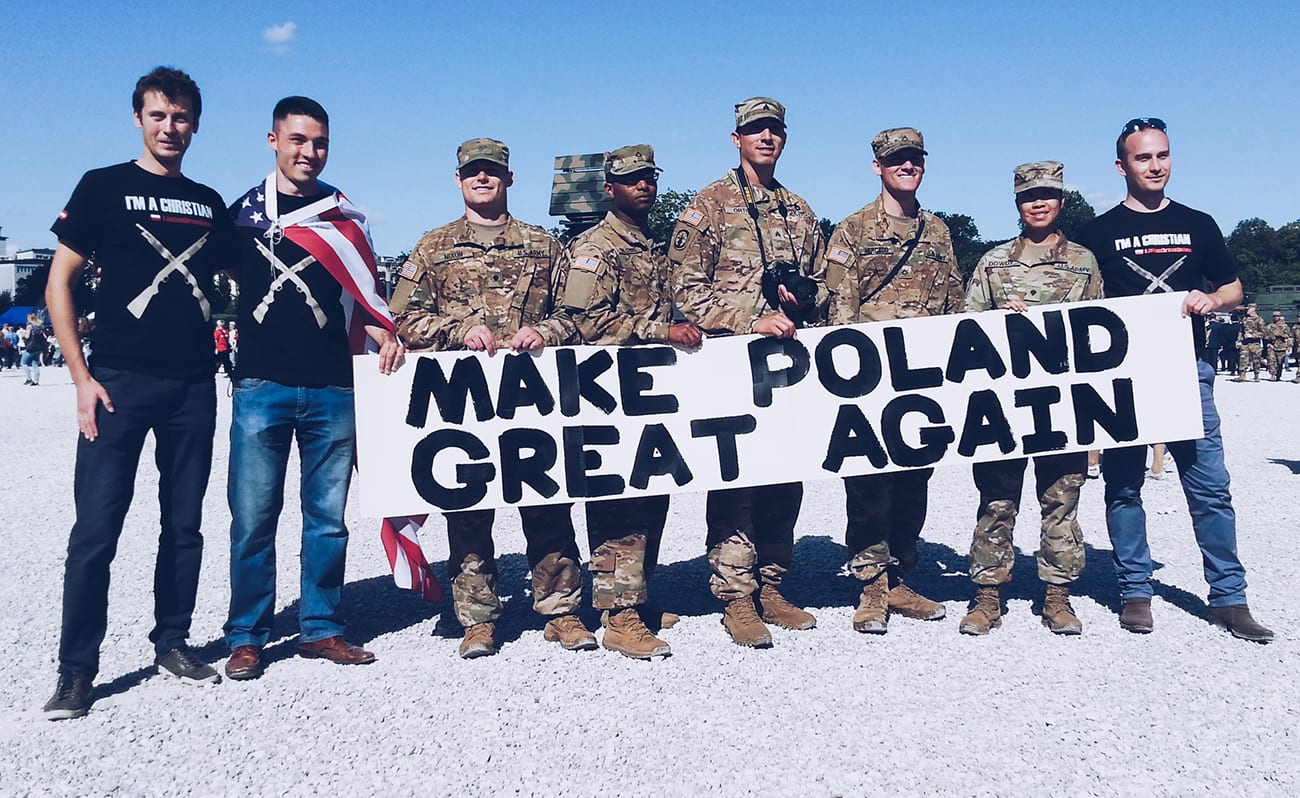