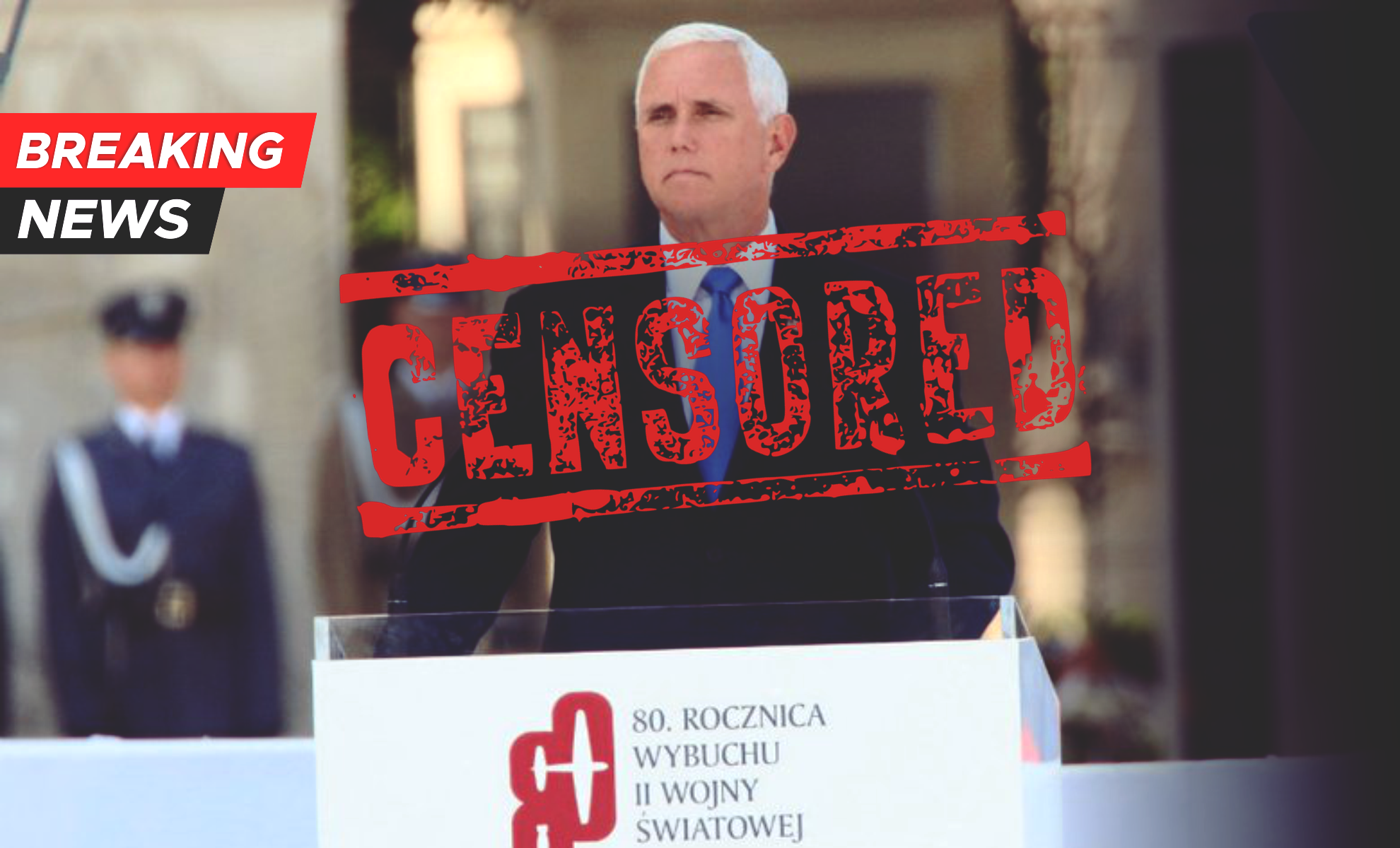 United States VP Mike Pence gave a heartfelt speech at Piłsudski Square, during the 80th anniversary of the outbreak of WWII but Poles had to wait over 48 hours before they could read the full Polish version.

Neither the public Polish Press Agency nor any Polish media outlets that were given press accreditation to cover the VP’s visit to Poland felt obligated to provide the Poles with the full written speech translated into Polish. Moreover, unlike during the speech by the German president, Mr. Frank-Walter Steinmeier, no written translation subtitles of VP Pence’s speech appeared on the screens at the event.

A full written speech of the German president was published on the official website of the President of Poland, within few hours after the ceremony on September 1st. However, the speech of the Vice-President of USA wasn’t published until September 3rd. We brought this issue to the public attention on Monday, September 2nd, during our daily live show, and the next day provided a translation of the entire VP’s speech, both in audio and full-text formats. 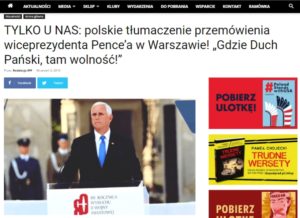 Only then, on 3rd of September, the office of the President of Poland followed suite and published their own version, knowingly antedating it as September 1st, 2019. Interestingly, the official translation features words and phrases, which the VP did not utter, and some of his words have been omitted.

Our television Idź Pod Prąd – Against The Tide was (as always) denied accreditation to the VP’s Monday visit, due to “large interest and limited space”. 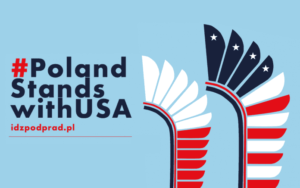 Join our campaign #PolandStandsWithUSA to show support for the USA, President Donald Trump, and his administration.

WATCH the Vice President and Second Lady’s reaction, as they were greeted by our patriotic club members and Against the Tide editorial team, outside their hotel in Warsaw.