Home Poland “So long as Germany exists, they should be paying reparations to Poland!”... 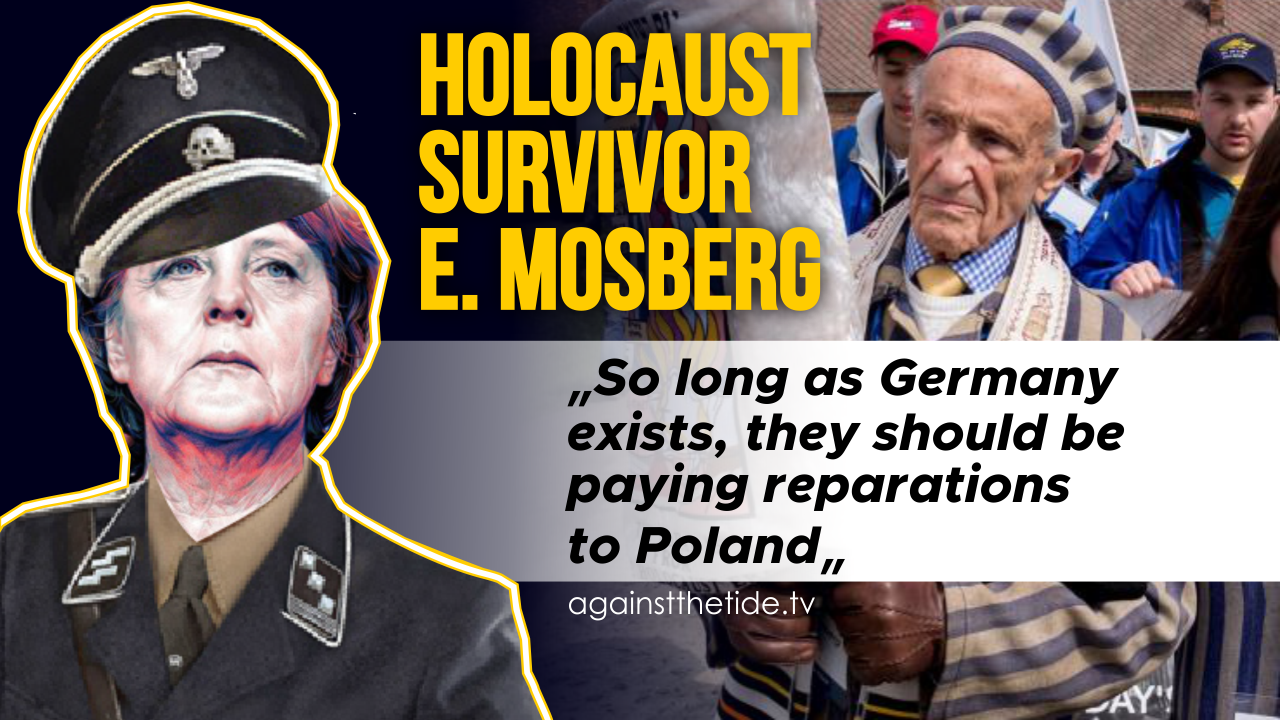 – We always need to remind the world that Germans are responsible for all of it – says Edward Mosberg, a 93-year-old Polish American Jewish Holocaust survivor in an interview with Against the Tide TV During the 80th anniversary of the start of WWII.

Mr. Mosberg is a well known Jewish Polish American Holocaust survivor born in Krakow, Poland. He was honored with the Order of Merit from the Republic of Poland, given to foreigners and Polish citizens residing abroad who have made an outstanding contribution to international cooperation and cooperation connecting the Republic of Poland with other states and nations.

He has survived the Plaszow and KL Mauthausen-Gusen concentration camps and lost most of his family; grandparents in Belzec and his mother and sisters in Auschwitz-Birkenau.

Mosberg dismantled the ongoing smear of Poland as an antisemitic country. “Poland is a friend of Jews. Here a Jew can walk around with a kippah on his head and no one will say anything to him. Had he done the same in Germany or France, he would have been murdered or at least beaten.”

Poland has more than a thousand years of joint Polish-Jewish history. Moses Isserles a prominent Jewish Rabbi of the 17th century even coined the term “Paradisus Iudaeorum” Jewish Heaven and said that “if God hadn’t given the Jews Poland as a shelter, the Israel’s lot would have been unbearable.”

“I wasn’t a witness of what happened a thousand years ago but what I did see is that the life of Jews in Poland many many years before the war was very good. But then came the war and this war started by the Germans. And the first concentration camp in Poland in Stutthof was built for Poles. Germans are the ones who created the death camps, out of their own initiative. We have to remember one thing there were no concentration camps built by the Poles. All of this was built by Germans. We need to keep reminding the world that the Germans are responsible for all of it.”

Mosberg is a very good friend of the current President of USA Mr. Donald Trump. He has known him from before the presidency and thinks that Mr. Trump is a friend of Poland and Israel.

Mosberg and Trump
1 of 4

Full transcript of the interview:

E.M.: I can say one thing: Poland is a friend of Jews. OK? A Jew might walk around here with a yarmulka on his head and no one will say anything to him. The same Jew in Germany or France would be beaten if not killed. That’s the best proof that Poland is a friend of Jews. Except for Jews who create antisemitism themselves, such as a certain Israel Katz, a minister in the Israeli government. He said that when a Catholic mother has a baby and breastfeeds it, she instills antisemitism in the baby.

I.B.: I think he meant a Polish mother.

E.M.: It’s a shame and a disgrace for a man with such a position to voice such opinions.

E.M.: I was born in Cracow and during the war, I was imprisoned in several concentration camps. I was in the Mauthausen concentration camp which I think was the worst of all the camps. Once some Warsaw insurgents were brought there and those young people didn’t know how to behave. It was quite a new experience for them. One day four Germans wanted to kill me, and they were beating me. One of those insurgents came up and saved my life. I say that again and again so that people know that even in such a place somebody who knew I was a Jew tried to save my life.

I.B.: We also often say that Poland shares its history with Israel and Jews for much longer than a century. There have been a thousand years of coexistence which is not talked about when we’re visited by both young and adult Jews. They’re told about the 100 years of Polish history when Poland didn’t exist. What can you tell us about these 1000 years of shared history?

E.M.: I might not know what it was like a thousand years ago but I know that long before the war Jews had a good life here. But then there was a war waged by Germans who conquered the whole of Poland. The Stutthof concentration camp, not sure if you know but it was the first concentration camp in Poland, it was dedicated solely for Poles. The first such a camp on the Polish territory and it was meant for Polish people from the Pomeranian county. Apart from that Germans built other concentration camps, extermination camps and they did it all out of their own initiative. We must remember that there were no concentration camps built by Poles. All those death camps were built by Germans. We must always repeat that Germans are guilty of everything.

I.B.: I was going to ask you about that. Germany’s Foreign Affairs Minister Heiko Maas said that the issue of the Second World War reparations for Poles is already closed. He said that Poland shouldn’t get any reparations. How would you comment on the statement that Germany shouldn’t pay any war reparations?

E.M.: In my opinion, Germany should pay reparations to Poland as long as Germany exists. It was them who did it and it was Poles who suffered. It was Germans who made all the camps here and the museum camps that are still here should be maintained by Germans. Germans did it so Poland shouldn’t pay for maintaining the camps now. It should be all paid for by Germans. They should pay for everything. Germans should pay just as they pay compensation to the Jews. Those Jews were Polish citizens. I’m a Polish citizen. I’ve got Polish citizenship. I even carry my ID card so that everyone could know I’m not ashamed of it. This is my passport.

E.M.: Why do I support him? I’ve met him many times, even before he became president and I think he’s a friend of Poles. He’s a friend of Israel. He’s a friend of Jews. They have to change the government, I mean the American government. Otherwise, their government will be a communist one and we in Poland know what life was like under communists. There are people who want to introduce communism in the USA. A lot of people died during the war and communism didn’t succeed anywhere as people wanted to live a free life. Communism only took from them without giving them anything. I repeatedly say that everywhere: communism shouldn’t be allowed in the USA. Communists here swore to provide people with everything but they only knew how to take everything away from them and not give anything. I know what communism is. I think that if Americans love their nation, they should, whether they like it or not, choose Trump for president. They shouldn’t let communism into their country. There is a Congressmen in America named Bernie Sanders. He claims to be a socialist. I think he’s a communist. That’s why I always say: America shouldn’t allow communism into their country.

I.B.: There shouldn’t be communism in Poland either.

E.M.: Poles have had their fair share of communism and they’ve understood that communism doesn’t work well. Communists knew how to take away without giving back. I always say, wherever I can, that there shouldn’t be any communism in America.

I.B.: Thank you so much for the interview. I gather you’re an American, as you live in the US, right?

I.B.: I hope Donald Trump will be re-elected and will keep making America great.

E.M.: This way he’ll be a friend of the Poles as well. 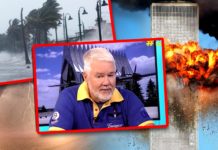 Aid for Ukraine and Poland saves the world from disaster! “Disaster pastor” in Against the Tide TV