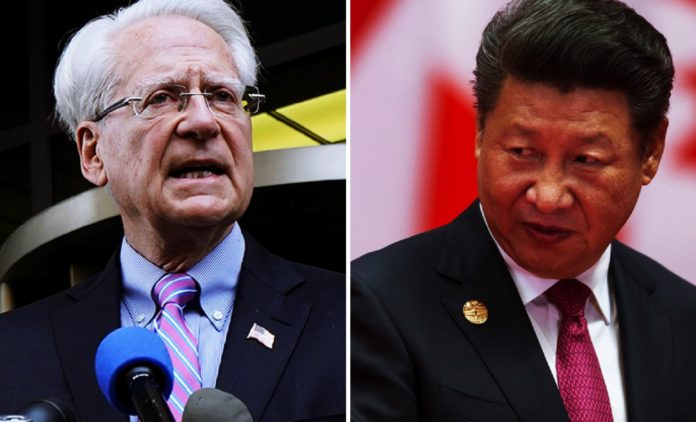 Larry Klayman: My pleasure, thank you for inviting me, Ivan.

IB: Thank you. So let’s jump into the questions, but beforehand for those who are not familiar with your work, you are well known in USA of course for launching lawsuits against Obama, Clintons the Bidens now recently, Meuller’s Russia case, and you are the only lawyer that ever had a court ruled in favor, where a president being found guilty of a crime, with regards to Kathleen Willey for sexual harassment. So quite well known in US maybe not very well known in Poland but hopefully we can share some information about what you are doing in Freedom Watch. So thank you for taking the time to speak with us.

LK: You are welcome. At Freedom Watch we’ve brought a class action lawsuit, which is now being recognized not just in the USA but all over the world. Because we shouldn’t have to pay for this (damages by Covid19). The American people just dolled up two trillion dollars, (with more to come) and the democrats want to use this to try to socialize the country, to turn us into quasi socialist communist dictatorship. I’m exaggerating to some extent, but not that much. Because if you add up the people who are going to get free goodies and you add up to the fact that we now got dictatorial Police powers, we are getting close.

But what we need to keep into account is the perspective. And China should have to pay for this damage. It most likely leaked from a bio-weapons facility in Wuhan China. That’s the only place in which China has a bio-weapon’s facility. It was probably accidental. All countries have bio-weapons, they are illegal under international law. China has no immunity for this. They have billions of dollars of assets in the USA. So we’ve brought a class action and so far we have 540 plaintiffs, growing every single day. Because China should have to pay. China is very rich. Why do the American people, why do the Polish people, why do the Italian people, why do the people in Indian, I’m getting a lot of contact from India, have to pay for this tragedy?

So this is what we are doing here. And we are doing something that the American Justice Department won’t do for political reasons. The Chinese have president Trump by the short hairs. They have backed him into a corner. Because we have allowed, not under president Trump but under prior presidents, our industry to go to China. They now make most of the medicine that is needed to treat the corona virus, so Trump can’t do anything or China will cut us off.

IB: Our Church and Ministry is actually launching a lawsuit against the CCP. What are your thoughts on this and have you had any Churches or any ministries in USA, also filling similar lawsuits for damages from this virus?

LK: I believe there will be a lot of people that copy what we do and I welcome that. I’m happy to work with them. I’ve been communicating with lawyers in India, in Sri-Lanka, people contacted me from Nigeria. All over the world they say “we like what you are doing Larry and we want to do the same”. And I’m telling them “I want to work with you, bring some lawyers to us”.

Obviously your legal system is somewhat different than our own but I’m sure there are means we can hold China accountable. And we are also going to be filling a complaint, either Monday or Tuesday with the International Criminal Court, because Chinese committed a crime here and they should be hold accountable for criminal violations as well.

IB: Do we have any actual proof that the Chinese have mishandled this situation? That they have alarmed the other countries a bit too late and didn’t handle it properly?

LK: The proof is very strong, it’s circumstantial at this point. I have also filled a lawsuit against American Intelligence agencies, the NSA, the Defense Intelligence Agency, the CIA the Director of national Intelligence and the FBI. Because I believe that our own government knows the cause.

The USA have done mass surveillance on it’s people. At freedom watch I got two injunctions, that’s to cease and desist, to the Obama Deep State intelligence agencies. Because they were surveying illegally hundreds of millions of Americans, without what we call a probable cause that any crime was being committed, or that there was any communication with terrorist or terrorist interest. The American government has the capabilities, I’m sure that they knew from the beginning of what happened in China. That this was likely from a bio-weapon’s lab and that it’s being suppressed.

And I don’t believe that Trump was advised either, because these same intelligence agencies, which are run by loyalist internally to Obama, Clintons and the democrats, previously have issued fraudulent warrants. You may remember the Steele Dossier, Fusion GPS to try and remove the president from office. So I believe they withheld the information from him, created this crisis to try and weaken his presidency. Already the Democrats have tried to remove him twice through phony investigations and as well as an impeachment proceeding. There is a Deep State inside the American government, which works against the President of the USA and that’s extremely dangerous.

So I filled a lawsuit to get documentation, because I believe that these intelligence agencies and the FBI know that China was responsible through bio-weapons lab in Wuhan, for the release of this virus. Now did they do it on purpose, probably not. But they are liable for the damages that were caused. And it’s illegal to have bio-weapons. It’s illegal if we have them here in the USA, it’s illegal if anybody have them. And all countries have them believe me, but they keep it secret.

IB: What do you believe will happen if China refuses to pay and what can the governments do when they will.

LK: If we will get a jury verdict, it won’t be hard to collect. China has billion of dollars of assets in American banks, in American investments, in the stock market and real estate. We simply attach that. This is not something where they can run away and not pay. The test is going to be to find a federal judge that will allow this case to go forward to a jury trial. That is ordinary people will make a decision.

Our federal judiciary is very politicized. And frankly it’s by-and-large corrupted. I’m telling you honestly. I love this country, I’m patriotic. But that’s why I fight to make it better. So I’m not knocking the USA. But our judges are chosen on the bases of political campaign contributions and knowing politicians. Usually they are establishment types.

So I filled this case in Texas because Texas tends to be more conservative, I believe a judge will let this case go forward. Let a jury decide after we take what lawyers call discovery, that is get information and evidence and I’m confident that we can win this case. But even if we don’t, we are setting an example and we are sending a message to the people of the USA and the world, that China must pay for the damage.

We are sending a message to President Trump. It’s not enough to say that this is a Chinese Virus and two days later, and I criticized him for this, he is praising the president of China Xi, saying he has great respect for China. Well you know what, I have great respect for Chinese people. But I have no respect for the communist government. And no respect is a diplomatic way of putting it. It’s an evil dictatorship and it’s disguised as semi-capitalist but in essence it still remains communist just like Putin in Russia. By the way I’m a quarter Polish as I said at the outset. So hello to my countrymen.

IB: Yes AMEN to that. You sound quite a lot like what we are talking about here. Finally, Mr. Klayman I want to get your thoughts on our petition to President Trump, to put more pressure on his administration, to get reparations from China. What are your thoughts on this and the fact that it gathered half of the signatures needed in half of the time?

LK: I think that’s an excellent idea and I take my hats off to the Polish people. You are the one who started the downfall of the Soviet Union. You and Pope John Paul II played a major role. Of course he was Polish, I’m proud to be quarter Polish. The Polish people are the bravest people in Europe and thank you for doing that.

IB: Thank you very much sir, for doing your part as well. We hope this goes well and we keep praying for you of course as well. Mr. Larry Klayman thank you for joining and being with us today.

LK: Yes and go to our website at www.freedomwatchusa.org and see what we do, sign up to get our free Newsletter and be part of our Justice league. I want to make Freedom Watch international and I would welcome participation of the Polish people.

IB: It sounds great we are looking forward to farther cooperation.

IB: With us today was Larry Klayman, founder of Freedom Watch USA, thank you for joining us sir. My name is Ivan Belostenko this is Against the Tide TV, from Poland, thank you and God bless. 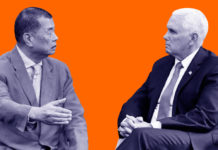 “Antifa serves the interest of Russia and China” – Jack Posobiec,...