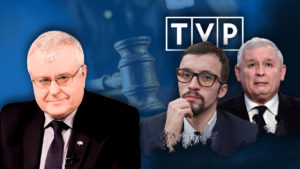 TVP has to apologize to the New Covenant Church w Lublin for calling it a „sect”! The judge has issued a verdict

On September 29, the District Court in Warsaw decided that Telewizja Polska (the Polish Television) has to apologize to the New Covenant (protestant) Church in Lublin for calling it a “mysterious sect in Lublin”. This court case is about the events from two years ago when, in October 2019, Jacek Bury became a senator and the public found out that he was one of the founders of our church. Bury, trying to dissociate himself from our community, said in the interview with „Rzeczpospolita” that the New Covenant Church in Lublin had some features of a sect. The TVP modified his words and published an article entitled „A KO senator was a member of a mysterious sect in Lublin”.

During the hearing, the head of the TVP Info portal, Samuel Pereira, and pastor Paweł Chojecki spoke. Official apologies are to be published on TVP’s website and Twitter and sent to our church in writing.

The judgment is not final. The defendant has 7 days to request a written justification.

Pastor Chojecki, on Against the Tide TV, commented on the judgment of the court in Warsaw: “Finally, after my negative experiences with the prosecutor’s office and the Lublin court, I felt like a free Pole – I heard a fair sentence in the Polish court. It really is something extraordinary, a beautiful experience”.

He also said what he hopes for this verdict: “I hope it will go even further, that Mr. Pereira, Mr. Kurski, who specialize in discrediting the enemies of Law and Justice or the Catholic Church, will come to their senses and this verdict will show them that they cannot use the media that got into their hands by the decision of the voters”.

The editor-in-chief of our television also talked about the reasons why this case was brought to court, TVP’s unwillingness to resolve the problem amicably, and how the TVP Info article contributed to spreading lies about the New Covenant Church in Lublin. 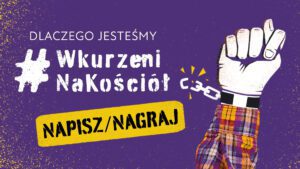 We have started a new evangelization campaign #WkurzeninaKościół. This initiative is directed especially to those people who, disappointed with the Catholic Church, depart from God and turn towards atheism. Our goal is to show these people an alternative – to show them the way to the true God of the Bible. We want to make it clear to stop the cover-up of pedophilia by the hierarchs, the hypocrisy of the bishops and their obsession with power, and the clergy ascribing exclusivity to God. We want to encourage people to dialogue and look for common solutions. We want a change in Poland! 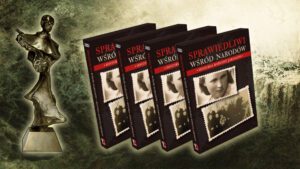 On September 17-19, the results of the 36. International Catholic Film and Multimedia Festival “KSF Immaculate 2021” (KSF – Catholic Film Association) were announced.

In the “historical documentary” category, the second prize was awarded to Marzena Chojecka’s film “Righteous Among the Nations. The story of the Jarosz family”. It is a story about saving Jews during World War II – the story of the Jarosz family from Piaski, told by Marianna Jarosz-Krasnodębska. This movie can be viewed on the YouTube channel – [here], and was also released on CD and can be purchased at Against the Tide store. [Against the Tide store]

The film by Kornelia Chojecka and Weronika Machała, “Did God Leave Auschwitz?”, won second place in the category of educational films and television programs. This short film tells the shocking story of Valentina Nikodem who was sent to the German concentration camp Auschwitz-Birkenau in 1942. The movie is available on the YouTube channel – [here].

Pastor Paweł Chojecki – head of the Against the Tide TV, expressed his thanks for the substantive and impartial verdict of the jury. He stated that we should build a common platform for work for Poland and look at reality broadly to fight for the well-being of Poles, despite differences in spiritual identity.

Interview with Małgorzata Jabłońska, daughter of a Home Army soldier 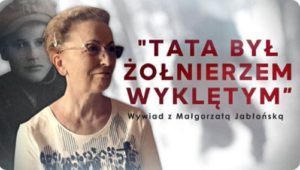 This month, Against the Tide TV also published an interview with the daughter of the Home Army soldier and anti-communist partisan Maksymilian Jarosz, Małgorzata Jabłońska – “Dad was a cursed soldier”. 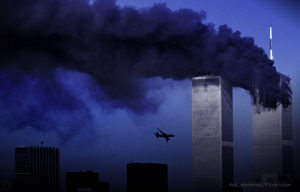 September 11, 2021, marked the 20th anniversary of the attack by Islamic terrorists on the World Trade Center and the Pentagon. Our television hosted Daniel Pipes – historian, founder of the Middle East Forum, and son of President Ronald Reagan’s adviser.

Daniel Pipes recalled the events of September 11, talked about how the attack united the Americans but also assessed its consequences for America and the whole world. “The immediate result was the reunification of the Americans, but it fell short in just 3-4 months. It turned into a discussion about who is to blame, why it happened, what are the consequences? It only united us for a short time and led to even greater conflicts and differences between Americans.” Daniel Pipes also commented on the current presidency of Joe Biden, divisions among Americans, and the situation in Afghanistan.  [Article] 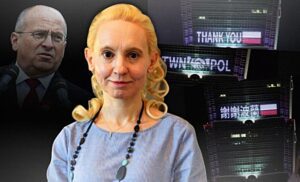 Poland donated 400,000 doses of the AstraZeneca vaccine to Taiwan. However, the Ministry of Foreign Affairs removed the information from their Twitter. Our correspondent in Taiwan, Hanna Shen, commented on our TV about how this help will affect Polish-Taiwanese relations, why the CCP is anxious to keep this information hidden, and that the Taiwanese do not vaccinate: “The Taiwanese responses is amazing. There is, of course, the official one, where everyone says thanks – the President, Vice President, and the whole government thanks at the press conference. (…) Taiwanese are grateful, they thank you in the posts, ask what Polish things they can buy, because they want to buy ‘made in Poland’ now ”.

Hanna Shen also commented on the statement of Minister Rau, who said that Taiwan is one of the Chinese provinces: “I have the impression that Minister Rau is doing everything to make Poland move towards China. (…) Even if we do something good, the Chinese choir that wants to spoil something will respond. I believe that Minister Rau is detrimental to Poland with such statements and is one of the worst, if not the worst foreign minister. He should not hold this position at all ”.

Krzysztof Luft, a former member of the National Broadcasting Council, comments on the terms of the license extension for TVN24 (owned by Discovery) 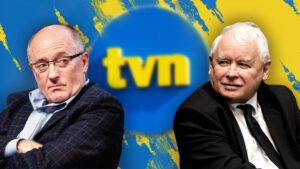 Krzysztof Luft, a former member of the National Broadcasting Council (KRRiT), commented on our TV on the extension of the license for TVN24. The resolution of the National Broadcasting Council forces the American Discovery station to limit its operations in Poland and sell majority shares: “The current KRRiT line-up was already extending the license, then no one thought to question the broadcaster’s right to have a license in Poland. It only happened when the license extension for TVN24 appeared – a station that they hate, which they consider to be the devil incarnate”.

Our guest also spoke about the lack of social awareness of Poles and their reaction to breaking the law and democracy. Together, we discussed how to reorganize public media and what to do to prevent them from creating further divisions among Poles. We also talked about the differences between the TVP (Polish Television) during the term of Law and Justice and the term of the Civic Platform, as well as about the politicization of public media.

Cardinal Wyszyński is a precursor of deals with communists! 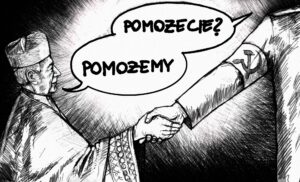 On September 12, Cardinal Stefan Wyszyński was beatified. On our television, pastor Paweł Chojecki and Cezary Kłosowicz have challenged the myth of the “Primate of the Millennium” as a symbol of victory over communism. The conversation concerned the connections between Primate Wyszyński and the communists, the agreement between the state and the church of April 1950, which was condemned by the then Pope Pius XII, and the homily at Jasna Góra in 1980, in which Cardinal Wyszyński urged Polish workers to continue working when a workers’ strike broke out against the rule of the People’s Republic of Poland.

The pastor Chojecki on Against the Tide TV explained what values ​​Cardinal Wyszyński passed on to the younger generation: “Wyszyński is responsible for bringing up a new model of a Pole – comrade ‘Szmaciak’, it is Wyszyński’s merit. (…) He created a model of a party man who goes to wave a red banner on Monday, and on Sunday, not in his parish, but the neighboring one baptizes his child and says that he will raise it up to be a good Catholic. This is the model that Wyszyński introduced!” 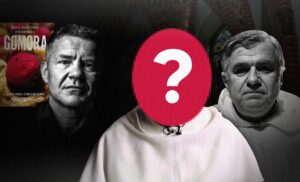 On September 15, the report on the activities of the dominican monk Paweł M., who created a Catholic sect in Wrocław, was published. The monk perpetrated mental, physical, and sexual violence against his victims. Artur Nowak, a lawyer, referred to the case, saying that the Catholic Church is a perpetual motion machine of demoralization.

Attorney Nowak also spoke about the new book “Gomorrah. Power, fear and money in the Polish Church ”, of which he is a co-creator: “The book is created under a key whose code is cardinal sins. Indeed: pride, impurity, laziness, gluttony – fit perfectly into the attributes of the Polish hierarchy. Anyway, this church has such an ugly face. And in Poland, this very Catholic country, it can be seen from the research and the popularity of this type of book at the moment ”.

The guest of the program was also Bartłomiej Pankowiak – the protagonist of the Sekielski brothers’ film “Zabawa w Chowanego” (Hide-and-seek). He commented on the activities of the secular commission established in the case of the Dominican and spoke about the abuses in the Catholic Church. Bartłomiej Pankowiak stated that it is Polish society that, with its passive attitude, allows the operation of this demoralized system.