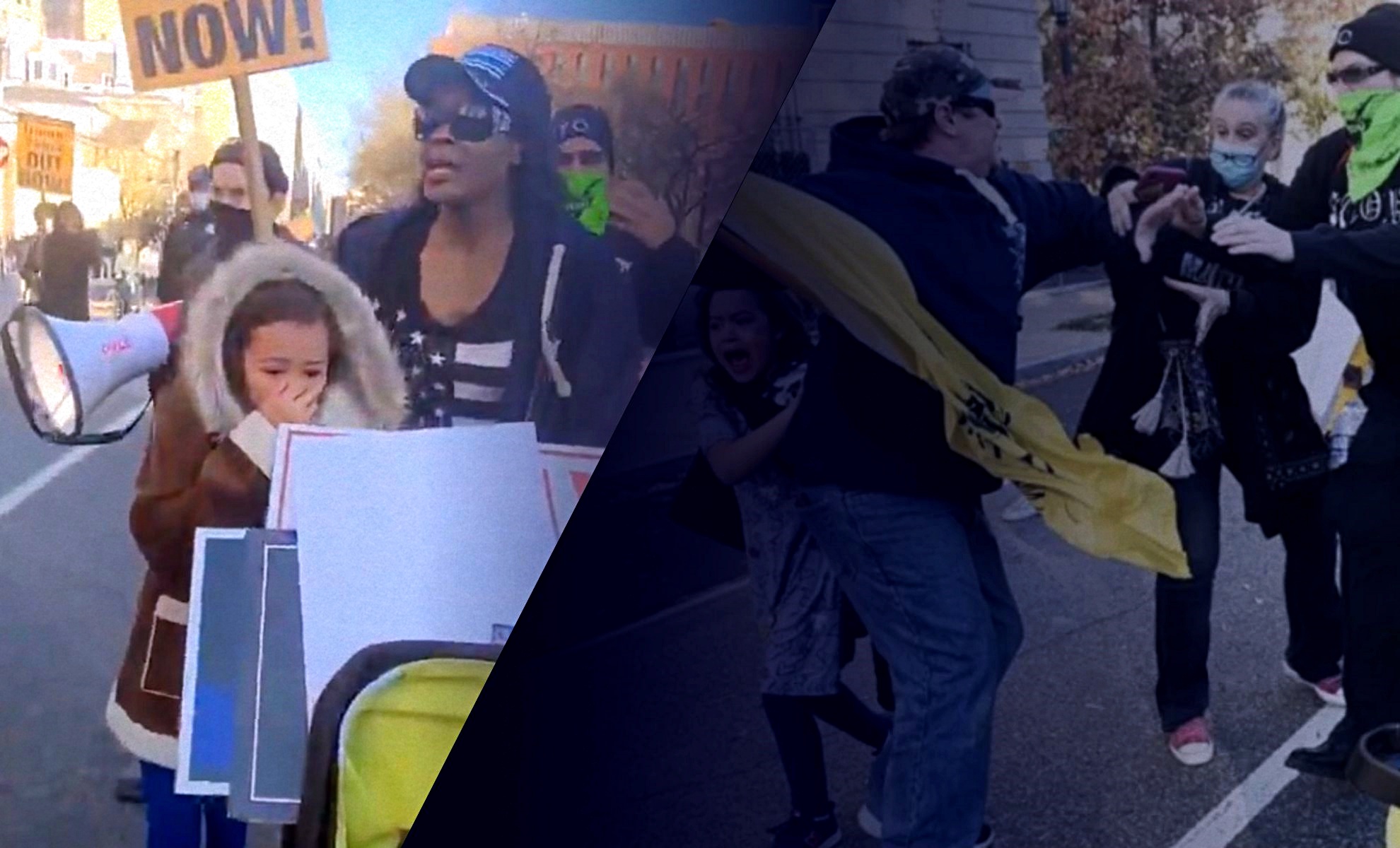 – It was really scary. Really chaotic. My children were screaming. This was one of the most horrifying things my children had to see. A mob of grown adults wearing BLM t-shirts and masks over their faces, screaming racial obscenities while charging at a mixed racial family coming from a peaceful rally. – recalls Rayla Campbell a Republican Candidate for Congress MA-7, in an interview with Eunika Chojecka for Against the Tide TV.

Campbell says BLM does not fight for African American rights in the USA. “That is 100% false. BLM has a Marxist root. They attack black people. They destroy the African-American communities. They are responsible for all of the vandalism and the riots that happened this summer”, says Campbell. “They are anti God, anti family, anti religion. They are trained Marxist, they’ve gone out there and said it. (…) They should be labeled as a domestic terrorist group.”

Campbell explains that she went into politics because “I saw what was happening in my community, schools, what my children were being taught and what was going on around the country. And this wasn’t the country that I was born and raised in. A country that I grew up loving, respecting and honoring”, says Campbell. “So I made the decision that I’m going to go and fight for my country.”

Campbell doesn’t accept the mainstream media and big tech narrative that President Trump lost and thinks it’s possible that the results will change in favor of President Trump. “I do believe that it is possible; the elections haven’t been called yet.” said Campbell “If we follow the law and constitution rights, Donald Trump will be the president.”

Campbell went to over a hundred rallies this summer alone, for President Trump and said “it was huge, there were Trump signs everywhere. I didn’t see any Biden signs anywhere”, she recalls. “He (Biden) stayed in his basement” and hardly campaigned, according to Campbell.

Joe Biden is responsible for the 1994 crime bill, Campbell reminded the viewers. “Many African Americans were put in jail for petty crimes. (…) He doesn’t even care about African Americans. There have been so many racial things that have come out of his mouth. He did the eulogy of one of the KKK founding members” says Campbell. “So, he is a white supremacist and is trying to portray Trump Supporters, myself, as white supremacists.”

Campbell also highlighted that it was President Trump who really supported the African American community, with a record low level of unemployment and various program to lift them out of poverty, according to Campbell.