Home China Trump: ‘Taiwan is NOT China! The Trumps are with you!’ 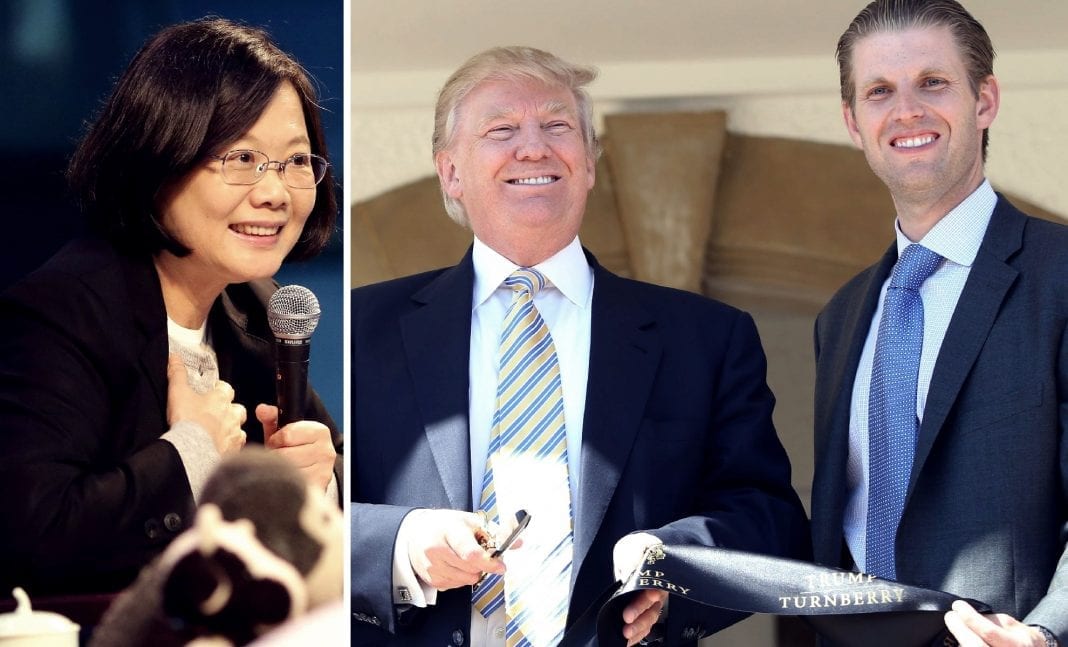 Eric Trump, son of the President of the United States Donald Trump, expressed his support for Against the Tide TV and November 11 Movement – the only circles in Poland opposing the decisions of the organizers of the Chopin Competition who called representatives of Taiwan citizens of communist China. Eric Trump wrote: “The Trumps are with you! Taiwan is NOT China.” The son of the US President added: “May God protect you against the virus from China.”

In a statement issued, Against the Tide TV and November 11 Movement wrote that they “to express their outrage at the scandalous decision of the organizers of the International Chopin Piano Competition to present Taiwanese pianists as coming from communist China. We would also like to express solidarity and compassion for the Taiwanese people who have been so scandalously treated and insulted by the Polish authorities, which in the majority are from allegedly conservative and anti-communist Law and Justice political party. The competition is organized, among others, by the Ministry of Culture and National Heritage of the Government of Law and Justice.”

Discriminated in Poland. Appreciated by the son of the US President

The statement was sent to Polish media and politicians, but so far no one has referred to it or informed the public opinion about the campaign. Against the Tide TV, which often experiences discrimination in Poland because it is run by biblical Protestants, has received support from across the ocean. Eric Trump, vice president of The Trump Organization, son of the President of the United States, reacted vividly to the statement made by the TV and November 11 Movement. In a letter addressed to us, he wrote: “The Trumps are with you! Taiwan is NOT China. ”

In the program Against the Tide LIVE, pastor Paweł Chojecki, editor-in-chief of the TV, explained why it is so important to recognize Taiwan’s sovereignty: “Today it is very important to stress it before the entire Free World: China is ruled illegally by communist genocide and criminals. Taiwan, however, is an independent state, it must be emphasized!”

In further correspondence, Trump wrote: “May God protect you against the virus from China“, referring to a petition sent by Against the Tide TV and by the TV’s correspondent in Taiwan, Hanna Shen, in which we call to hold China responsible for the spread of the coronavirus. The petition has been launched on the White House website. For President Donald Trump to react to the petition, we need to collect 100,000 signatures up to April 15. So far, over 98,000 people from all over the world have already signed it. All the leading media in Taiwan, TVs in the US and Japan, as well as the media in Hong Kong spoke about the petition. The Polish petition has also been supported by American politicians and lawyers from the USA and India. In Poland, only two websites have mentioned it – Super Express and Tygodnik Solidarność. Polish Television under the rule of Law and Justice has remained silent so far.