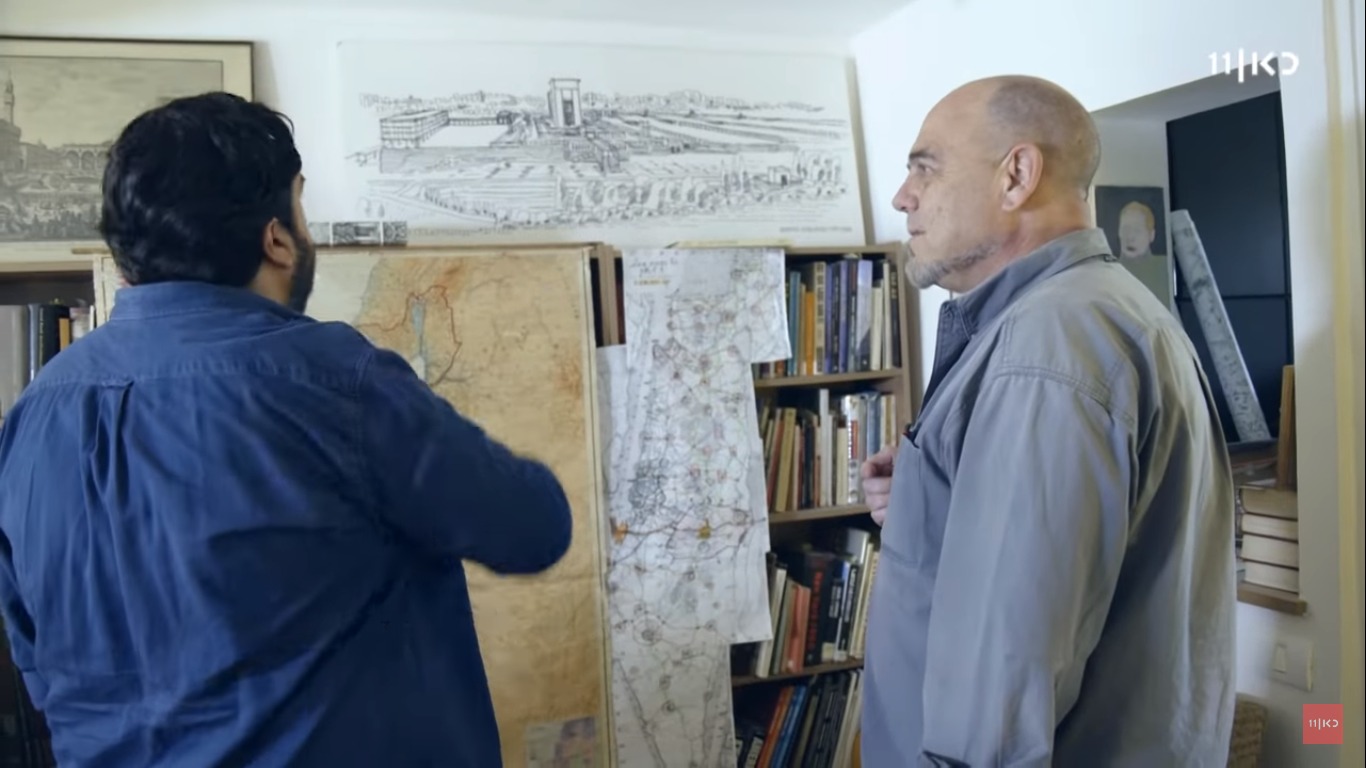 In a very detailed interview to Chabad.info in August 2015, Yoram Ginsburg – leading architect of a team working on “Built Jerusalem” “ירושלים הבנויה”, shares the details about the plans to design a new mega-metropolis in the city of Jerusalem. Including turning Ashdod into the biggest commercial center in the Middle East; Jerusalem into the religious center of the world – the size of New York City, to be populated by 10 million people. And at the heart of it all, of course, the Temple.

Yoram Ginsburg is a very well-known Israeli architect who had studied and specialized in architecture in Florence, Italy. He is currently a senior lecturer at the University of Ariel. “Yoram is a “secular” jew, a considered and rational person and a man of deep thought. He views himself as a believer belonging to the group of “transparent kippah”.

Ginsburg was growing up in a non-religious school but during his Religion classes found the love to the God of Israel and Torah. “Since then I see my life as a mission and global responsibility. Therefore when I was approached (by Yehuda Etzion) to serve as the architect responsible for the re-planning of Jerusalem my birth town, I saw in it a wonderful overseeing of the God: I felt like I was waiting for this phone call my entire life.” 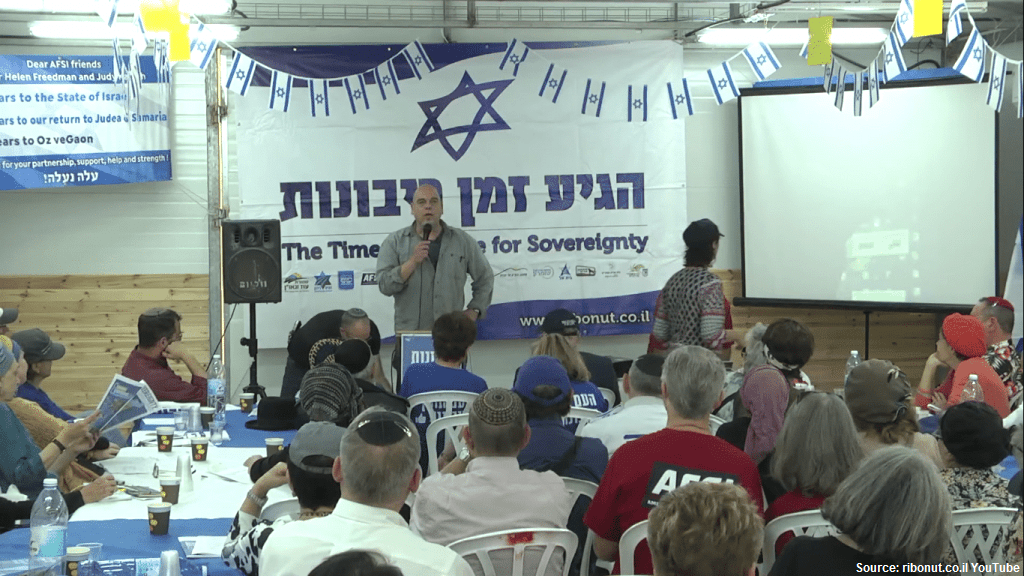 Yoram Ginzburg at a The Sovereignty Movement conference, Dec 2017

Ginsburg and his team are quietly working on the “Built Jerusalem” project for the past 10 years. Away from the public eye and the media, in almost complete secrecy. “The main part of the plan is classified as secret” says Ginsburg. “It is impossible to share them, they are still not approved for advertising (for now).”

There are various groups and organizations in Israel who support the idea of building the third temple. Some looking for ways of compromise with the Arabs and Palestinians and a liberal ecumenical solution. Others, like Yoram Ginsburg, Yehuda Etzion, and his colleague, see a vision of one Jewish nation in the land of Israel that exercises sovereignty over the entire territory of the land. Arabs will be equal citizens if they pledge their allegiance to the state of Israel and even take up Giyur (convert to Judaism).

Most of Ginsburg’s friends and colleagues, when asked to comment on the project either say that it’s an ambitious idea or an imagination disconnected from reality. But when asked about the possibility of the 3rd Jewish temple being erected tomorrow, most skeptical people respond to the idea positively and with great joy. 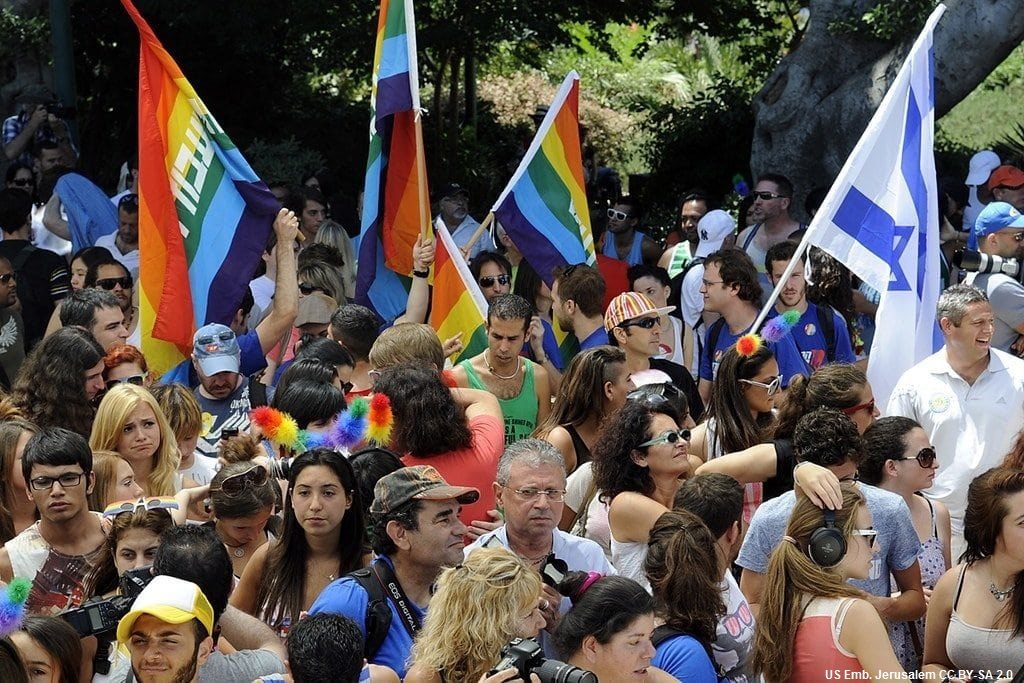 “Vast majority of Israelis adopted a modern lifestyle of pleasure and individualism, void of all content and real hope. This state of consciousness can be compared to a shapeless dough. Without a compass and source of authority, God of Israel, and Torah, we are left in a hopeless state destined to lose our direction”, says Ginsburg.

“This is why I’ve enlisted for this project whose goal is to project in the present, the picture of the future – Built Jerusalem, thus also return the spirit and hope to all those parts of the Israeli society.”

“Today, most of the nation has lost its direction, no central anchor in their lives. Jerusalem itself is a testimony, built without a clear plan or hierarchy, no real presence or a point of anchor, and therefore with no identity or character. All these things force us to understand that the nation needs a direction.” 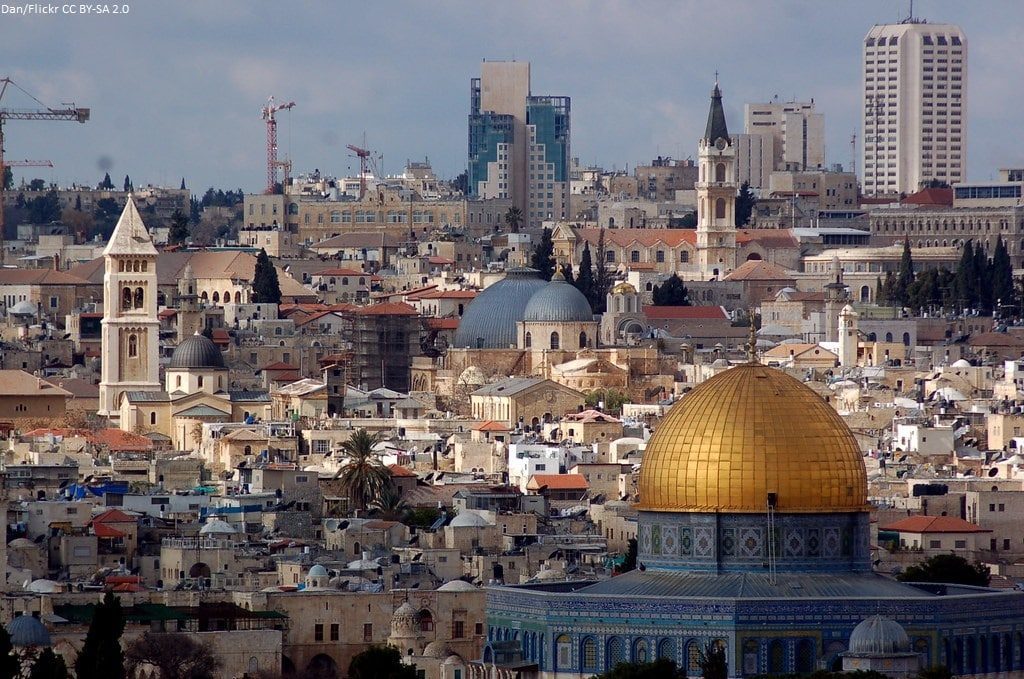 Dome of the Rock, Jerusalem

The city will expand to gigantic proportions, the world has not seen yet. Future Jerusalem is designed to be the Capital of the World. It will increase its size 8 fold and will spread across an area of 1000 km2. Beit Shemesh, Maale Adumim, Gush Etzion, Ramallah, and Beit Lehem. For comparison, Jerusalem currently spans an area of only 125 km2, according to Ginsburg.

Ginsburg sees future Jerusalem closer to the dimensions of today’s New York City and a city which inhabits within its territory, 5 million residents, similar to Moscow of Today.
A 120 km highway named Land Moriah Path, circling the borders of the city will be built. Which is a similar distance to a return trip from Tel Aviv to Jerusalem. 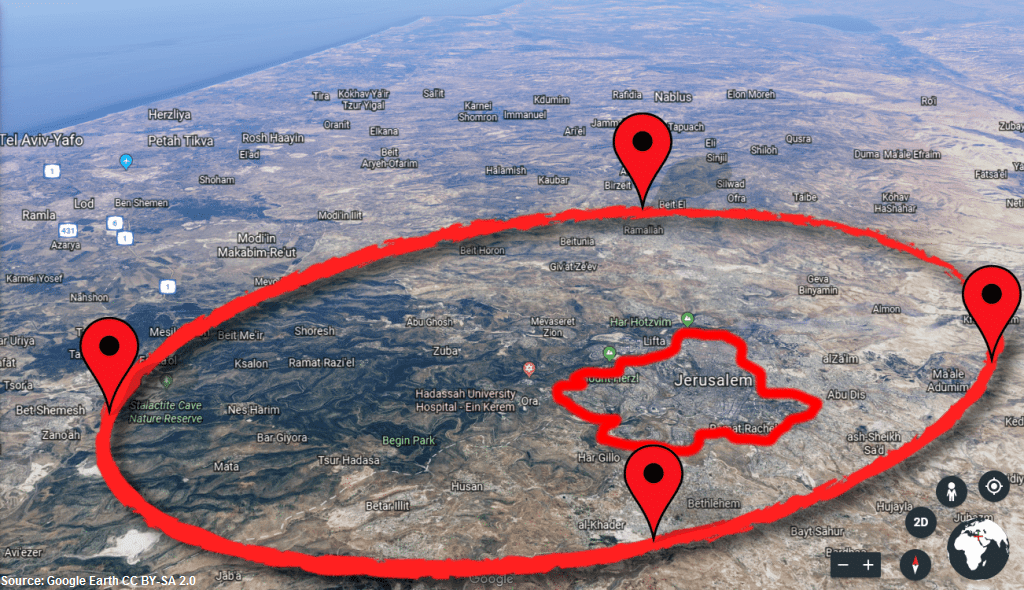 10 million will stand and watch

Most of Ginzburg’s attention is aimed at the Butterfly Boulevard which he sees as the heart of the plan.

“A boulevard encircling the Temple. From the Palace of the Commissioner, through Mount Zion, Safra squares up to the Meaa Shearim border, Ma’ale HaZeitim and Mount of Olives totaling 8 km2.” 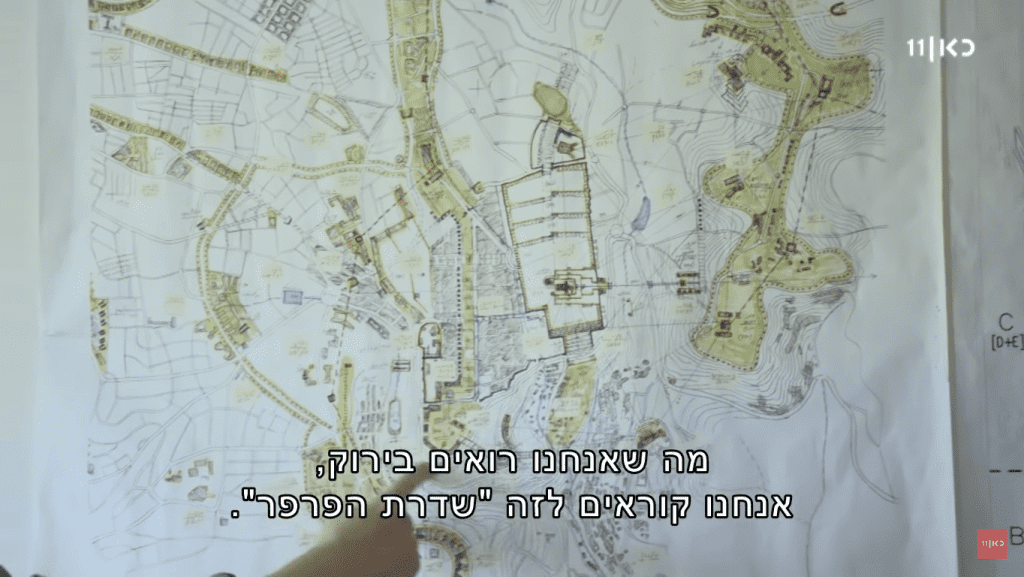 Butterfly Boulevard with the new Temple at the heart of it.

This territory will be under the responsibility the of Temple Authority Committee which will operate parallel to the Municipality of Jerusalem and will be responsible for all that takes place in the Butterfly Boulevard. “The Temple will be located at a slightly lower location to its neighboring hilltops. (…) Basically, the Temple is located in a sort of natural amphitheater”, says Ginsburg.

“All throughout the world, it’s very rare to find a place on a hill where all its surrounding hills are higher while being at the same distance from the center hill. This creates a natural amphitheater. The only place that resembles this is Jerusalem’s Har Shila. The boulevard itself and its enormous surrounding hills would allow 10 million people to watch simultaneously what is happening outside the temple. The sacrifices of the Priests and its accompanied musical performances.”

“The third Temple will be much taller than the second temple. All the entrances to the city and its streets are designed in such a way as to connect to three massive forks – just like Rome all leading to the Butterfly Boulevard and from there straight to the Temple. All designed to centralize Jerusalem and direct all who come in its proximity towards the center of the city, the Temple.” 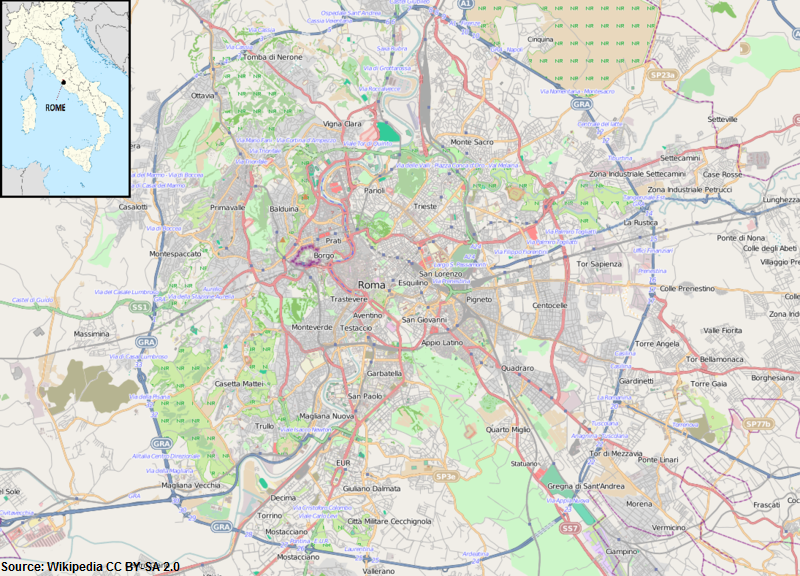 “It’s common to hear in Torah that Jerusalem is the light to the nations. This is what we want Jerusalem to be. A city that will host everyone who comes to visit.” Ginsburg sees in her the perfect city with a perfect merger between nature and technology, holiness, and spiritual inspiration with all of it coming together.

“Five million people will be able to find a place to sleep in Jerusalem this is on top of the 5 million permanent residents. Every place a man will go to, he will feel at home. Everywhere will be a place to shade from the sun, a bench for rest drinking water flowing, fruit trees, natural fresh air, and all for free. Local laws will aid and provide hefty financial grants to every citizen of Jerusalem who will build an additional hosting unit.”

“This feeling that will surround the future Jerusalem will be like a collective living room where everyone is responsible for its fulfillment, everyone is contributing to the welfare and maintenance of the city.”

“Every person that gets close to the outskirts of Jerusalem will feel the influence of the holiness. This wealth and fullness will instinctively create the need to contribute to the other – this is the holiness itself”, says Ginsburg.

“We, therefore, have to make sure that the holiness and the spirituality will have a material expression in the form of maximum comfort and abundance, to a point where everyone who will set foot in Jerusalem and will feel all this material goodness, will be intensely influenced by it. His awareness will change towards an awareness that will feel the special Godly holiness of Jerusalem, because of this site – the place of dwelling of God, The Temple. 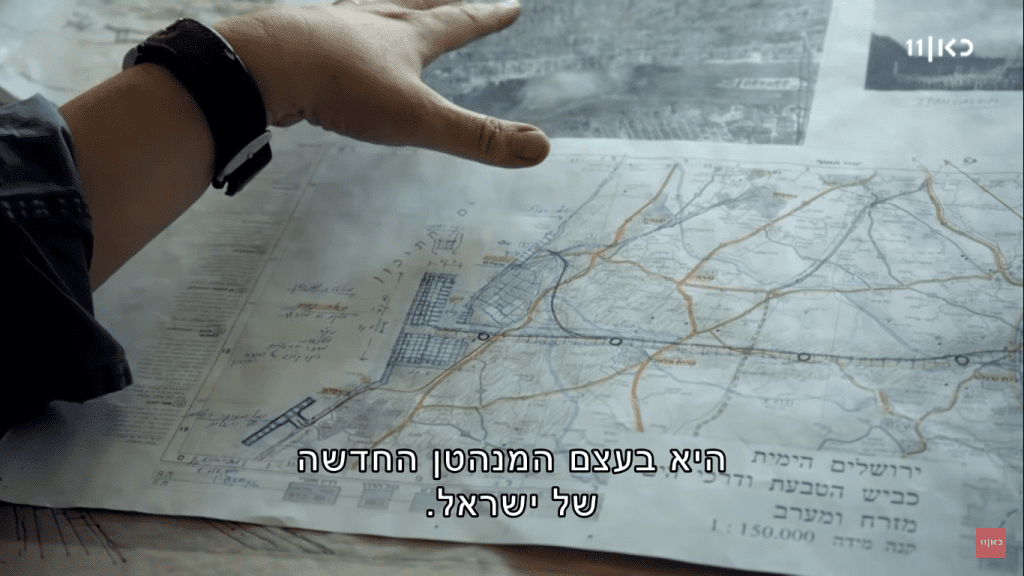 Parts of the “Built Jerusalem” project include plans for the city of Ashdod, which will be renamed to “Marine Jerusalem” (ירושלים הימית).

“Ashdod will be appended to Jerusalem and will provide it access to the sea. The Marine Jerusalem will serve as the business center of Jerusalem – because we want to separate the holy from the profane”, says Ginsburg. “There will be a stock market, office spaces, an underground train connecting the two cities, and all the non-religious matters that we don’t want to be part of the holy city. A proper Manhattan.”

“We chose Ashdod because the port is much larger than the one in Tel-Aviv. A massive international airport will be constructed, partial drying and expansion of the coastline, as well as the construction of an enormous commercial and banking center, the largest in all of Middle East. A high-speed train will be connecting the two cities, taking up to 10 min travel one way.”