Home China POLAND WILL NOT EXCLUDE THE CHINESE COMMUNIST COMPANY HUAWEI FROM BUILDING THE... 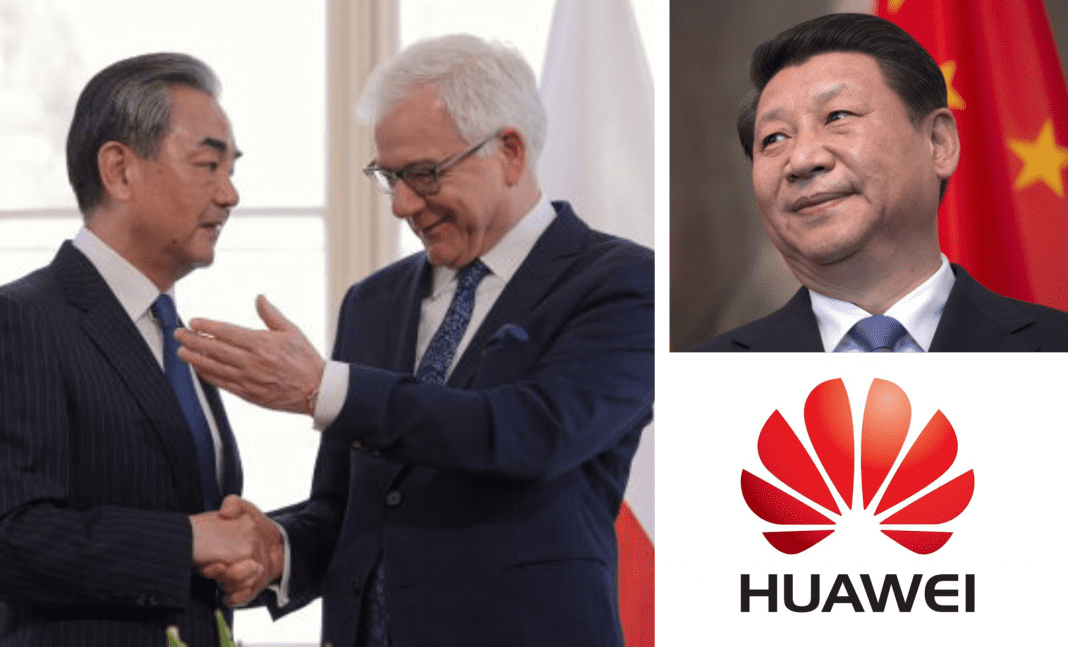 The Polish Ministry of Foreign Affairs assured China of its openness regarding the participation of Huawei in building the 5G network in Poland. A document was prepared by the ministry and given to key decision makers including Polish President Andrzej Duda before talks with the Chinese Foreign Affairs Minister Wang Yi who visited Poland at the beginning of July.

Dziennik Gazeta Prawna, a daily Polish newspaper, quoted the document. „In July, the Ministry of Digital Affairs will complete the analysis of security issues related to 5G technology, and findings will be forwarded to the European Commission. The Ministry analysis will not recommend discriminatory actions towards individual entities or countries, but it will propose the formulation of general criteria for the involvement of foreign companies on the Polish 5G market”.

As the press office of the Polish Ministry of Foreign Affairs informed, the possibilities of cooperation with Huawei were also discussed during the meeting between Chinese and Polish foreign affairs ministers, Wang Yi and Jacek Czaputowicz.

A source close to Polish Prime Minister Mateusz Morawiecki told the polish newspaper, that the change in the approach to Huawei comes as a result of the US easing its approach towards the company.

However, even though the Trump administration decided to ease sanctions imposed on Huawei, the company remains on a blacklist.

This decision taken by the Law and Justice government coincides with the approach presented at the end of 2018 by Krzysztof Szczerski, head of the cabinet of Polish President Andrzej Duda. In an interview for the Polish weekly „Do Rzeczy”, when asked about how the Polish side should behave towards the tense situation between the US and China, he stated: „In this conflict, we do not have to, or even we shouldn’t take sides.”

Despite the US warnings against Huawei, the Polish government seems to be willing to cooperate with Huawei in building the 5G network in Poland.

We asked people if they think that the current ruling Law and Justice party, is an anti-communist party. We also asked them whether or not the government’s cooperation with Huawei, a Chinese communist company, was a danger to Poland. Here is one answer.

WATCH! We were asking Poles if they knew that #Huawei was founded by Communist Chinese government and bumped into this Norwegian, who had this to say about #Huawei in Norway #bcot #FreeHongKong #FreeChina #PrayForHongkong Against the Tide NEWS from Poland:https://t.co/134qxNdjD9 pic.twitter.com/60b1iO3oeh