Home Bible “#FreeHongKong movement is a miracle to me.” 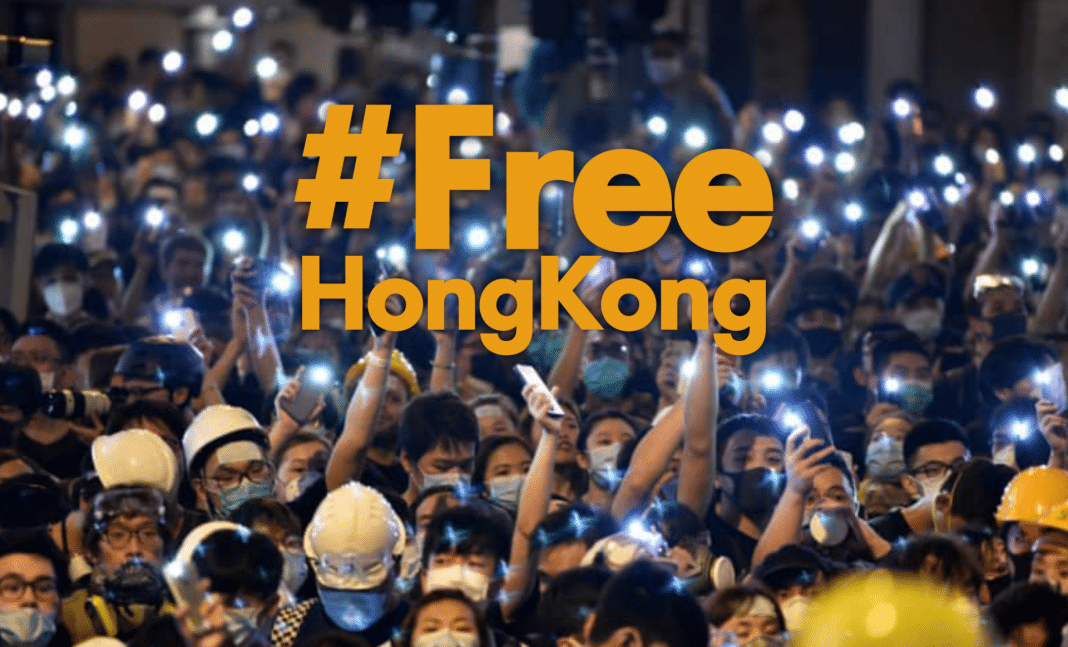 The hashtag campaign #FreeHongKong, initiated by Go Against the Tide spread on the streets on Hong Kong and unified millions of residents into a movement with a clear goal – a change of system. That’s the fundamental difference between the current protests and those of 2014.

In a special interview with Go Against the Tide Live, pastor Bob Kraft described what is happening in Hong Kong. According to the pastor, the events currently taking place on the streets of Hong Kong and the way the situation is developing is, to a large extent, due to the slogan and online campaign #FreeHongKong, which was launched by Go Against the Tide Tv.

“I really want to say thank you to your viewership. It’s very important that I tell you this. Something happened, that you did, that I consider a miracle. And I would like to share with you something you did that I think, had a profound impact on Hong Kong. You started a campaign called #FreeHongKong. Once you started to say that, you’re the first that I’ve heard say that, and then I started to also put in on my Facebook posts and the world media, the local media, then started to use it. Talking about the movement, they would say #FreeHongKong or Free Hong Kong.

And then the world media picked it up. I saw that in Canada. I saw it in Australia. To me, that’s a miracle.

Now before I tell you why I wanted to share with you and say thank you to your audience and your supporters, I want to explain what happened before. Before, people would talk about law. They would say the law was not correct. And they would say the leader of communist Hong Kong was not a good leader. But I knew, under communism, you just change the leader. You know, the leaders change. So, I knew what they were saying, the local people were saying was really not a good argument. It was an argument that had not solution. But that’s what they were saying.

I’ve never heard that before. And to see and to hear 10 000 people saying that all at the same time over and over, that’s why I wanted to come on and I wanted to say thank you to you. So, last night during the protest, when they went to the Legislative Council, they were actually writing on the wall and they had signs outside the building and inside the building that said ‘’Free Hong Kong’’. And there’s a big difference between that and arguing about a law or a leader. It’s the change of the system.

Below is the entire program Go Against the Tide Live, in which Bob Kraft, editor Hanna Shen, and pastor Paweł Chojecki analyze the events in Hong Kong.