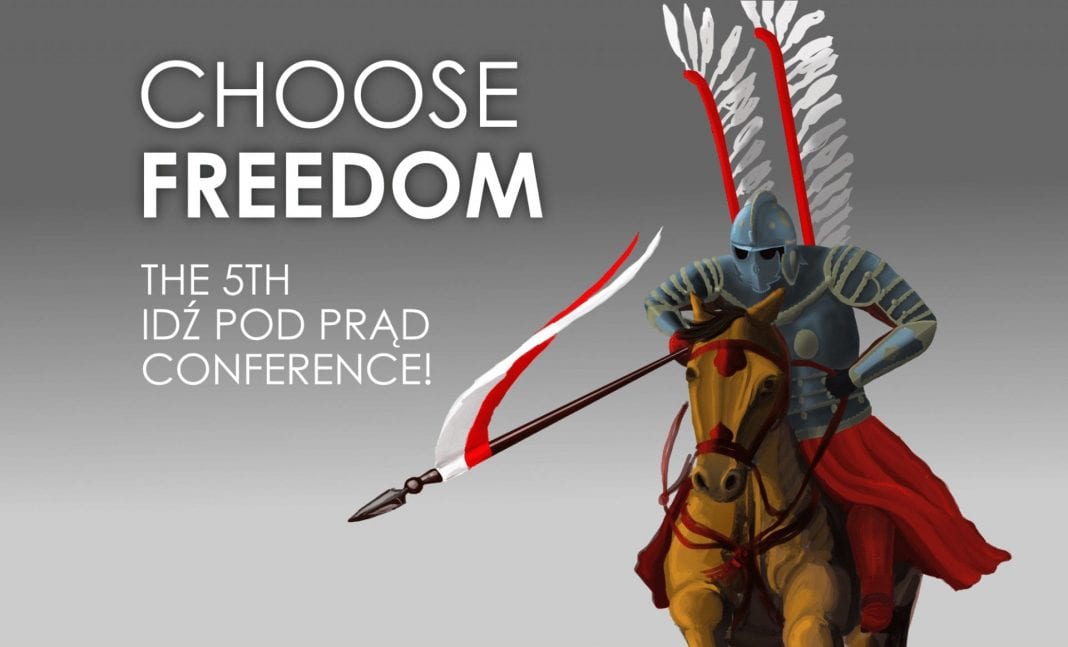 Liberty is a value to be learned. It is a task and an ambition of those gathered around the Idź Pod Prąd TV to awaken the longing for freedom in Poles. On June 20-23, the 5th Idź Pod Prąd Conference took place under the slogan CHOOSE LIBERTY! Our special guests were: Arthur Thompson, the CEO of The John Birch Society, the largest anti-communist organization in the world and Martin Ohlson, the President of The John Birch Society and Director of Development. We also had Hanna Shen, the correspondent of IPP TV in Taiwan. A special message to the participants of the meeting was delivered by Dennis Prager.

Liberty is not a natural state for a human being. It is natural and easy to choose being taken care of – by a feudal lord in the past and by the government today. Liberty comes with responsibility and not everyone is ready for it. This is what leftist forces prey on, offering people a welfare state and numerous “500+” programmes. However, this leads to an inevitable exploitation, poverty and ever greater control from the state.

The Idź Pod Prąd in Lublin gathered those who consciously chose liberty and responsibility for themselves and their homeland – patriots from the United States, Canada, Taiwan and of course Poland. As Arthur Thompson, the head of the world’s largest anti-communist organization, the John Birch Society, said: „We must give people hope!” Dennis Prager added: „Freedom is a value to be learned.”

“It is a task and an ambition of those gathered around the Idź Pod Prąd TV to awaken the longing for freedom in Poles,” pastor Paweł Chojecki, editor-in-chief of IPP TV, concluded.

The guests from the USA took part in the programmes of Idź Pod Prąd TV.

Will Trump be reelected?

Is it possible to win Russia over to the Western side?

One of the guests in the Patriots’ Time Special „Where is Poland going? Where is the world going?” was Jadwiga Chmielowska, General Secretary of the Association of Polish Journalists, an oppositionist in the times of the Polish People’s Republic. We also listened to the message from pastor Bob Kraft from Hong Kong.

During the Conference, a screening of the film „Letter from Masanjia” took place. The movie presents the story of a man who, imprisoned and brutally tortured in communist China, did not give up the dream of freedom. Screenings of this document will soon be organized by IPP TV clubs in Poland.

The participants of the Conference expressed their support for free Hongkong.

During the Conference we watched a show by the reconstruction group „Studs from the Historical Association of Fifth Division of the National Forces of the Lublin Voivodship „.

The Conference was graced with a concert by Jaromi, a bluesman who presented some of his songs in a special arrangement with the participation of the protagonists of the IPP TV miniseries „Pork Lane”.

It was great to meet in such a large group of patriots who share similar values. This Conference was the voice of FREE PEOPLE. Thank you all for the great time. See you later!