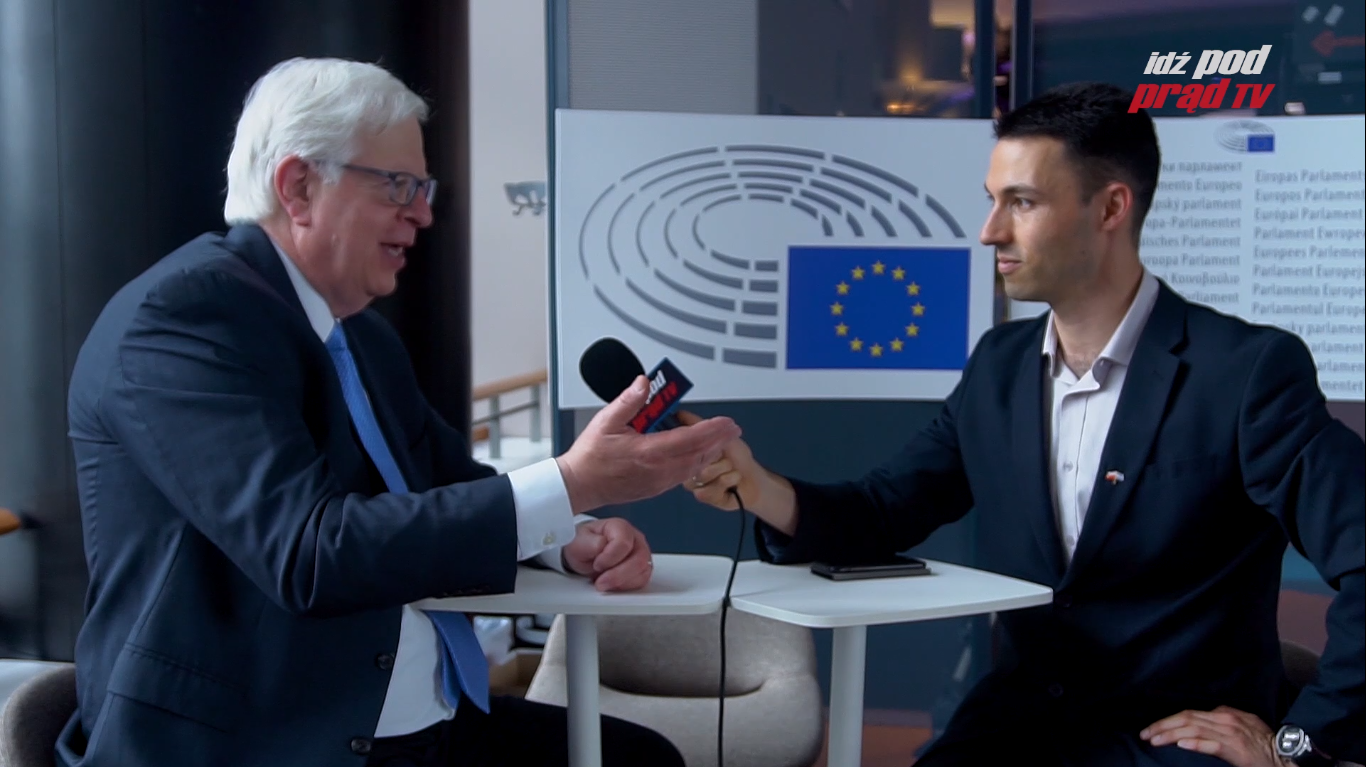 – Where do you go to get wisdom if Bible is not your basic book? – asks Dennis Prager, founder of Prager University in an interview with Ivan Belostenko, live from the EU parliament for Against the Tide TV.

“My grandparent’s parents came from the Russian-Polish area. I don’t know exactly where but I’ve been to Poland a number of times and I loved every visit.

Prager talked about the importance of freedom but stressed that it is not a natural human instinct to long for one and is rather a value we learn to appreciate and cherish. “The USA was founded on a principle that I wish were universal but is particular in America and it is called limited government. Because America’s motto is liberty, not liberty and equality. Yes equality before the law, equality before God but not equality of results.

Freedom is the great American contribution. The founders believed God wants us to be free, which is almost unique in religious history. So this is in jeopardy.

We’ve asked Prager if a country can keep it’s 1st amendment rights for long when they don’t have their 2nd amendment rights? “I can only say this, as a Jew, I wish all the Jews of Europe (during the times of the holocaust) had a gun. Many would have been murdered but they still would have died with dignity. By taking a Nazi with them.”

Should Poland ally with globalist countries like Russia, China, France, Germany, and their allies or with the USA and its allied countries who value freedoms and sovereignty? “Poland should do what is right. What is right in my belief is to be free. I want Poland to be Polish. When you lose your national identity goodness doesn’t follow.