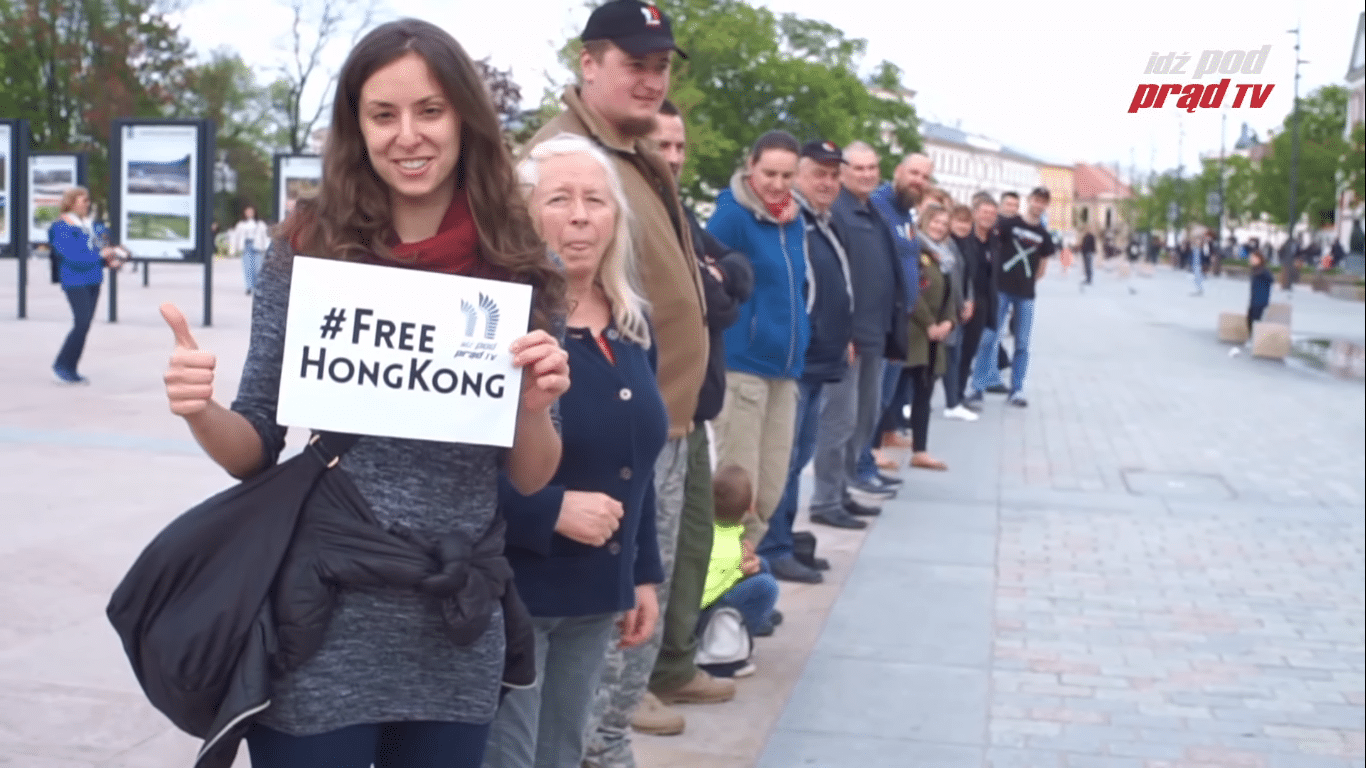 In recent days, the citizens of Lublin have had an opportunity to witness an extraordinary flash mob. On the Lithuanian Square, in the very center of Lublin, a group friends from Idź Pod Prąd (Go Against the Tide) TV organized a campaign, the aim of which was to express Poles’ support for freedom loving Chinese people living in Hong Kong. Check it out in the video below:

SEND A LETTER OF SUPPORT to activists imprisoned by the Chinese communist authorities in Hong Kong! #FreeHongKong! 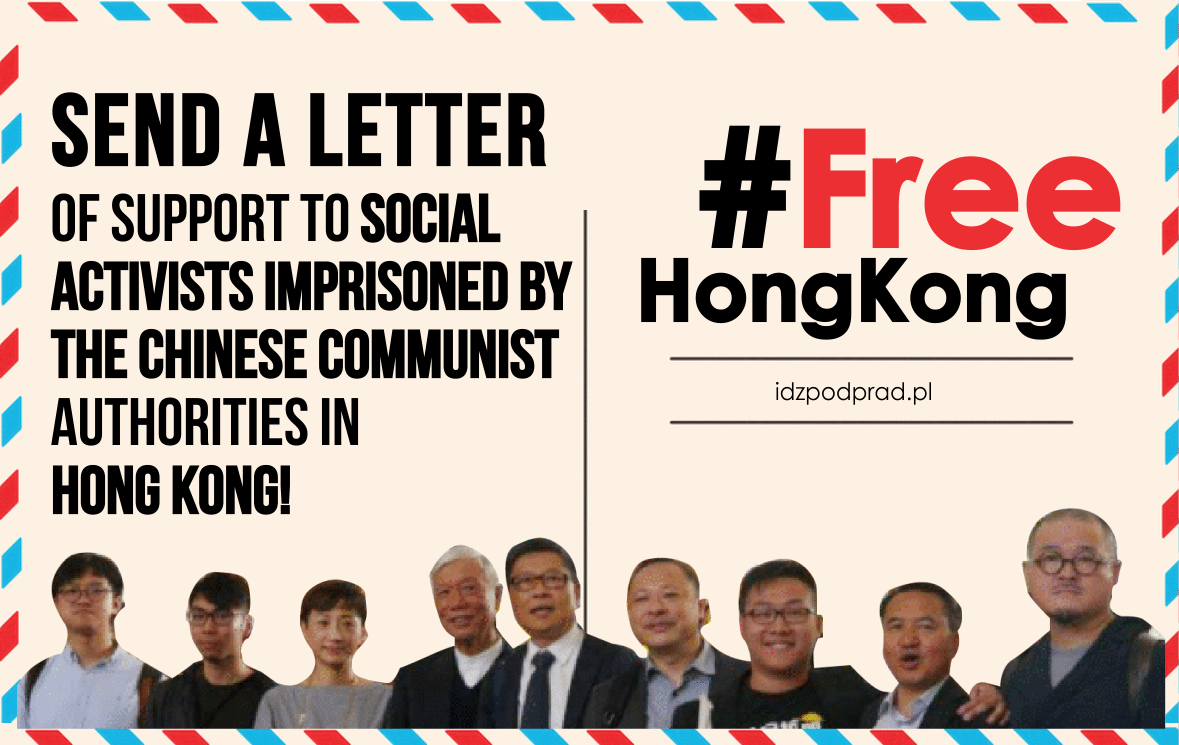 April 23rd, 4 out of 9 activists, who had been sentenced for their participation in the peace protests during the Umbrella Revolution of 2014 were put in a communist prison. Hundreds of thousands of people were demonstrating against – among other issues – revoking their universal suffrage. Two professors, Benny Tai Yiu-ting and Chan Kin-man, were sentenced to 16 months in prison, while a lawyer and lawmaker, Shiu Ka-chun, as well as an activist, Raphael Wong Ho-ming, were sent to prison for 8 months.

As a TV station, we initiated a campaign, #FreeHongKong, #SayNoToCommunistChina. We are encouraging you to send your photos with these hashtags to [email protected] and use them on social media as often as possible. Help the sentenced activists by sending them letters of support to prison! To let them know we remember about them.