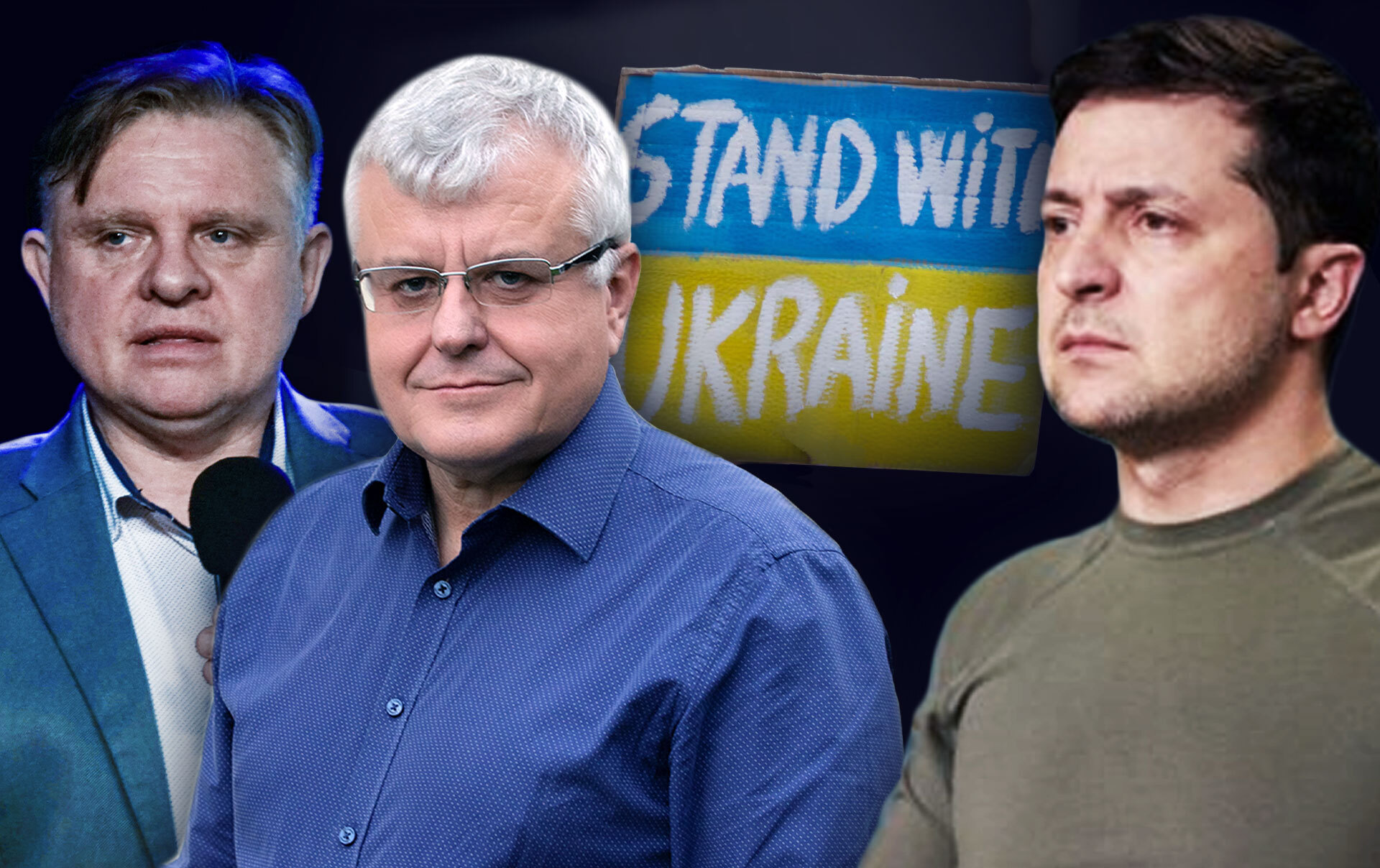 Evangelical Christians in Poland have engaged in active help since day one to the Ukrainian nation treacherously attacked by Russia. Many Christians have taken care of Ukrainian women and children at the very border. In Protestant churches, accommodation centers and help points have been established. Many pastors engage in the collection of gifts and their transfer to Ukraine. Every day, with our prayers, we embrace the suffering and fight of Ukrainians and we ask God for a total victory for Ukraine, which alone defends the entire Free World. Today, we are launching another initiative of evangelical Christians. The letter to the President of Ukraine Volodymyr Zelensky has already been signed by pastors of the New Covenant Church in Lublin (Paweł Chojecki, Radosław Kopeć, Paweł Machała, Michał Fałek) and pastor Ireneusz Dawidowicz from the “Way of Salvation” Congregation of the Baptist Church in Poland and many Christians. Encourage your church to get involved!

Dear Mr. President of the wonderful and heroic Ukrainian Nation!

We evangelical Christians look with great admiration, prayer, and real support of many of our churches at the heroic struggle of the Ukrainian people against Russian barbarism. We admire your Nation’s devotion to your homeland, your unity in the face of Russia’s aggression, and your concern for your women, children, and the elderly. We assure you that especially Ukrainian orphans, widows, and others in need will continue to be provided with our necessary help until the complete victory over Putin’s criminal Russia. We will ask God for peace for Ukraine, but not peace by capitulating and accepting Russian domination, but by victory over the Evil Empire!

We would also like to express our special gratitude to you, Mr. President, for you being an example of risking your own life and inspiring your Nation to do extraordinary deeds that make Ukraine being praised all over the world.

These actions also give all people oppressed by communists and tyrants hope that even in an almost hopeless situation we can overcome Evil with God’s help. We also express our highest appreciation for the combat craftsmanship, bravery, and moral attitude on the battlefield for every Ukrainian soldier!

We hope that thanks to your extraordinary witness, Christians around the world will abandon the naïve thinking of passively yielding to evil and will mobilize themselves to clear and uncompromising advocacy for Truth, Good, and Life. 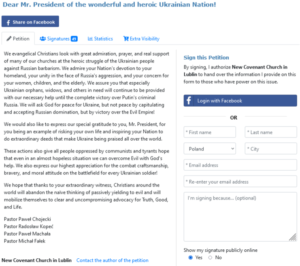 SIGN THE LETTER (NOTE – CONFIRM THE SIGNATURE ON YOUR MAILBOX!)