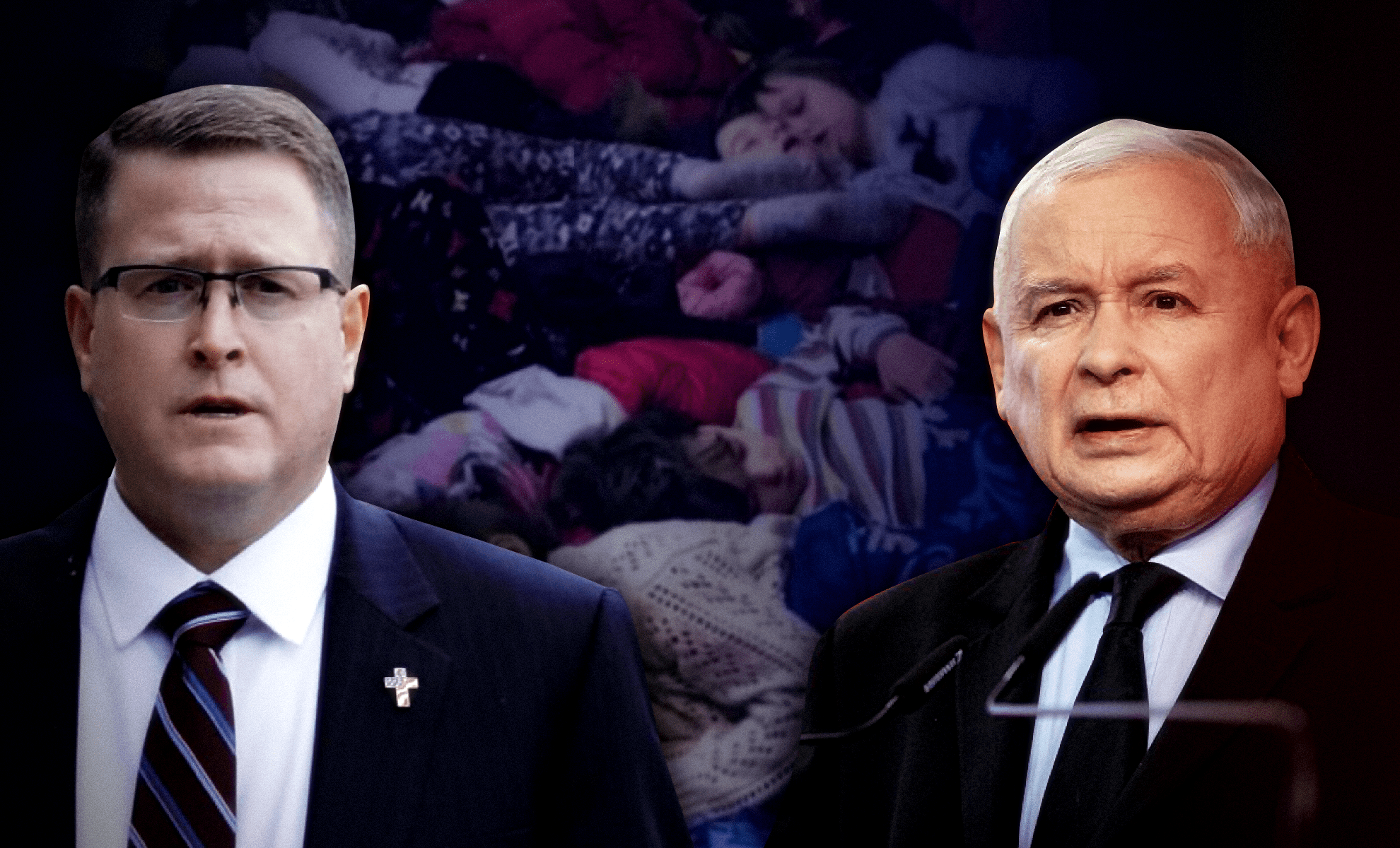 A smearing campaign targeted at a group of Americans who have rescued Ukrainian kids from an orphanage in Mariupol, Ukraine, caused another Ukraininan orphanage to resign of accepting such help. The children from Vinnytsia, Ukraine, will stay in the country despite their lives being threatened. “They’d rather risk Russian bombs in Ukraine than be a tool in Russian propaganda here in Poland,” said pastor Matthew Shea, representing the Loving Families and Homes for Orphans organization. “Only Russian-style propaganda could turn a rescue mission of orphans into something bad,” he added.

The campaign of harassing the kids rescued from the Ukrainian orphanage thanks to the cooperation of American, Ukrainian and Polish volunteers has been on for several days. It’s accompanied by a smearing campaign aimed at those who have been helping the kids. The police have entered the premises of the resort-like facility in Kazimierz Dolny, Poland, where children are staying for times already, jeopardizing kids’ well-being. Preposterous rumors are being spread about the Americans who are said to be trying to smuggle the kids illegally, planning to sell them for organ harvesting. The slanderous rumors, making use of some false information from Wikipedia, have already caused another Ukrainian orphanage, in Vinnytsia, Ukraine, to resign of being evacuated to Poland.

We are calling journalists to write the truth about the situation to stop treating the rescuers as criminals.

Pastor Matthew Shea is an active member of the American organization “Loving Families and Homes for Orphans” which has been helping to adopt Ukrainian orphans by Ukrainian families in the USA. Adoption procedures have been carried out in cooperation with both American and Ukrainian governments and are authorized by courts. When the war broke out, the children from the Mariupol orphanage asked Americans for help and they were rescued. Another rescue mission has been planned, namely to rescue some orphans from Vinnytsia. Some of the rescued kids have already visited the USA and have found adopting families there. The adoption procedures required a Ukrainian court authorization which is not possible in the current situation. Americans did not leave the orphans at the mercy of Russian invaders, though. They took care of them, evacuating the kids to a safe place in Poland. And now the Russian propaganda is trying to smear the rescuers as criminals.

Pastor Shea is a lawyer. He’s been elected to the House of Representatives four times. Before that he served in the army for 10 years. He was deployed in Bosnia and Herzegovina , Iraq and Kuwait. He left the army in the rank of a captain. As a soldier he was awarded with several medals: Army Achievement Medal, Army Commendation Medal, Meritorious Service Medal, NATO Medal, Order of St. Maurice, Global War on Terrorism Expeditionary Medal, and others. In recognition of the service to his country pastor Shea was awarded with: Guardian of Small Business (2012), Defender of Freedom Award (2013), National Security Eagle Award (2015), State Representative of the Year (2015) and others.

Pastor Shea about his involvement in rescuing Ukrainian orphans in the face of the Russian invasion:

“When you have children in very dire distress, and they’re asking for help, you go and help. […] Unfortunately, there have been some elements here in Poland that have been helping to disrupt the humanitarian relief we’re providing to the orphans with lies and rumors. What’s very unfortunate about this situation is that those lies and rumors right now are preventing another orphanage from coming to Poland. They’re saying, “We would rather risk the Russian bombs in Ukraine than be a tool in Russian propaganda here in Poland.” […] The most outrageous rumor is that we want to sell the children for organ harvesting. This is Russian-style propaganda. And only Russian-style propaganda could turn a rescue mission of orphans into something bad.”

“The Ukrainian consul representative came to the facility (in Kazimierz Dolny), he saw the facility and he stamped with an acknowledgement […] there is no objection to the facility. […] There’s rumor out there that we ran through the woods in the middle of the night while we went through the Polish border checkpoint.”

“The Fourth Geneva Convention very clearly addresses this issue: when there are two warring parties, they must allow for children to be evacuated to a friendly neutral country. […] Slander, attacks clearly violate the spirit behind this international law.”

Pastor Paweł Chojecki, editor-in-chief of the Go Against the Tide TV commented the situation:

“The hate campaign […] has reached Poles living in the USA and pastor Matt Shea’s friends. I don’t think the whole thing is spontaneous, as nobody gets such broad reach with a stupid post on the Internet. […] This is a deliberate action aimed at harming the humanitarian aid for the children from Ukraine and disuniting Poles and Americans as well as pushing away volunteers.”

Pastor Chojecki made an appeal to honest journalists:

“I really hope some honest journalist will turn up and, instead of escalating the hatred and treating heroes as criminals, they will write the truth. […] “Write the truth for the sake of the well-being of the over sixty children saved from Putin’s shells and bombs!”