AGAINST THE TIDE TV NEWSLETTER – AUGUST 2021 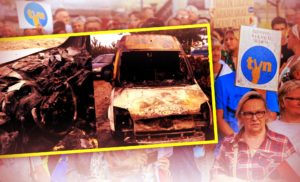 Fight of the Law and Justice government with free media

Protests against the law hitting TVN were held all over Poland under the slogan “Free media, free people, free Poland”. According to the ruling party, this law is intended to prevent media takeover by non-democratic countries such as China and Russia. In practice, it will force the American company Discovery to sell its shares in TVN and thus is an attack on private property and freedom of speech. The Sejm – in a controversial manner – adopted “lex TVN”.

These events were commented on by the co-organizers of the protests and the deputies.

Danuta Wawrowska, co-organizer of the protests from the Defensor Iuris Bar Association, explained the reason for her involvement in the protests. She said that without free media there is no free Poland and no free elections.

On the other hand, in response to the question of whether she would stand up for other media, such as Against the Tide TV, whose editor-in-chief Pastor Paweł Chojecki was sentenced to 8 months of community service for criticizing the Catholic Church and President Andrzej Duda, she replied: all lawyers will stand up for free media. All of them. TVN may be the beginning, but the case of TVN will be followed by restriction of free speech on the Internet and radio stations ”.

Piotr Gąciarek, a co-organizer of the protests and a judge of the District Court in Warsaw, and a member of the Association of Polish Judges Iustitia said that the purpose of the protests is not to protect a specific station but to protect citizens’ right to information and freedom of the media, to protect them from political control.

Wojciech Król, a Civic Platform MP, admitted that in the current situation the best scenario for Poland would be early elections. At the same time, he explained that Jarosław Kaczyński is going after the free media not to hand over his power.

He also referred to the fact of harassing our television: “It is your name – Against the Tide TV – and it is the attack on your television in 2018 that tells us that Jarosław Kaczyński and the United Right camp wanted everyone to go with the tide of the Law and Justice”.

Pastor Paweł Chojecki, editor-in-chief of Against the Tide TV, said that the first medium that became a victim of Law and Justice in 2018 was our TV.

Also, the Against the Tide TV Clubs joined us in covering protests in defense of free media. In many cities, they conducted interviews with the participants and local organizers, including Jakub Karpiński from Lublin, as well as Christian Szpilski and Krzysztof Nieciejewski from Wrocław.

Article: The fight of the government with the free media did not start with TVN! Lex TVN started with another television

Law and Justice is reigniting the conflict with Israel 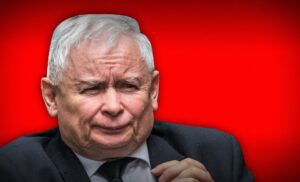 Immediately after triggering a conflict with the Americans over TVN, the ruling party in Poland, Law and Justice, re-ignited the Polish-Israeli conflict. President Andrzej Duda signed an amendment to the Code of Administrative Procedure, which – according to the Israeli side – may make it difficult to return the property of Holocaust victims. Pastor Paweł Chojecki called for the removal and settlement of the Law and Justice government.

We commented extensively on the situation in Afghanistan, which was taken over by the Taliban after the withdrawal of US and NATO troops. Our television hosted a veteran of the mission in Iraq and Afghanistan. Russia and its ally Belarus took advantage of the situation in Afghanistan, causing a migration crisis at the borders with Lithuania and Poland. We asked the Ministry of the Interior and Administration about the construction of the wall.

MP Mularczyk: In the matter of German reparations, we are waiting for the actual actions of the government 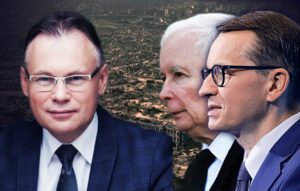 We asked Law and Justice MP Arkadiusz Mularczyk, who is responsible for preparing a report on war losses suffered by Poland during World War II, about the issue of reparations. He admitted that the report is almost completed, but some key political decisions must be taken to officially raise this topic in the talks within the Polish-German relations.

Lithuanian MP for Against the Tide TV: We will not be intimidated by China! 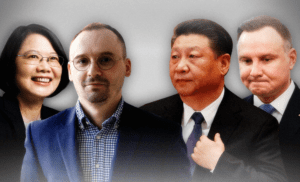 Matas Maldeikis, Member of Parliament of the Republic of Lithuania and chairman of the Lithuanian Parliamentary Group for Relations with Taiwan, appeared on our TV. Recently, Lithuania has left the Chinese group “17 + 1”, decided to establish a representative office in Taiwan, and, despite China’s opposition, provided Taiwan with vaccines against COVID-19. Our guest commented on this bold policy of his country:

“They [China] regard us as a small country that they can push over and show us as an example. But that won’t go with Lithuanians. We are people with an opinion and we are going to stick to that, not depending on who’s seeing and how big the country is.”

Pastor Paweł Chojecki expressed his appreciation for the courageous policy of Lithuania towards communist China to the Lithuanian government through our guest. 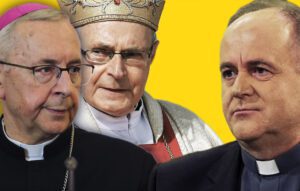 Father professor Andrzej Kobyliński referred to the words of Archbishop Antoni Długosz, who in his sermon absolved pedophile priests and authenticated the practice of not reporting such cases to the prosecutor’s office:

Fr. Kobyliński also commented on the scandal in the curia of Cracov, which for several years concealed the fact that one of the priests had molested a disabled old woman. Our guest said that Archbishop Jędraszewski’s lack of reaction would cost him dearly. He confirmed that the accusations were credible and that there could be a lot of victims.

The conversation also touched upon the topic of the bishops’ opposition to the government program of the New Polish Order, as well as the future of the Catholic Church and the spiritual condition of Poles.

77th anniversary of the outbreak of the Warsaw Uprising 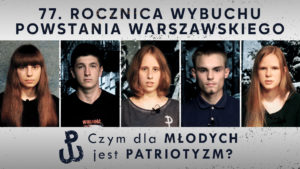 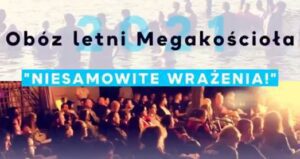 In August, after more than a year of a pandemic, the summer camp of the Megachurch project took place. Christians from all over Poland, Europe, and the United States met again to study God’s Word and give glory to their Savior, and to simply be with each other. The participants of the camp witnessed nearly thirty baptisms and heard many testimonies of conversion to Jesus. Live singing, emotions, and happiness accompanied all participants of the camp!

Visit of the Polish community from the United States 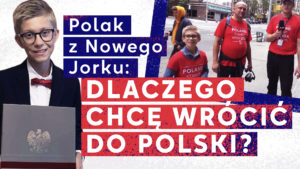 14-year-old Max, a Pole who was born and lives in New York, winner of the “Być Polakiem” (To be a Pole) competition, told us about where his love for his homeland comes from and why he would like to return to Poland in the future. He talked about how to encourage young Poles living abroad to be interested in their native country. Max’s parents talked about how to ensure that the next generation of Poles, born abroad, maintain a bond with Poland. 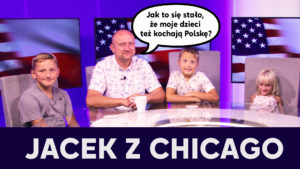 Jacek and his three children came to Poland to participate in the Megachurch camp. Jacek explained to us how it is so that his children also love Poland, and he also presented how Poland is perceived overseas today. The guests also told us about their experiences related to their stay in Poland.