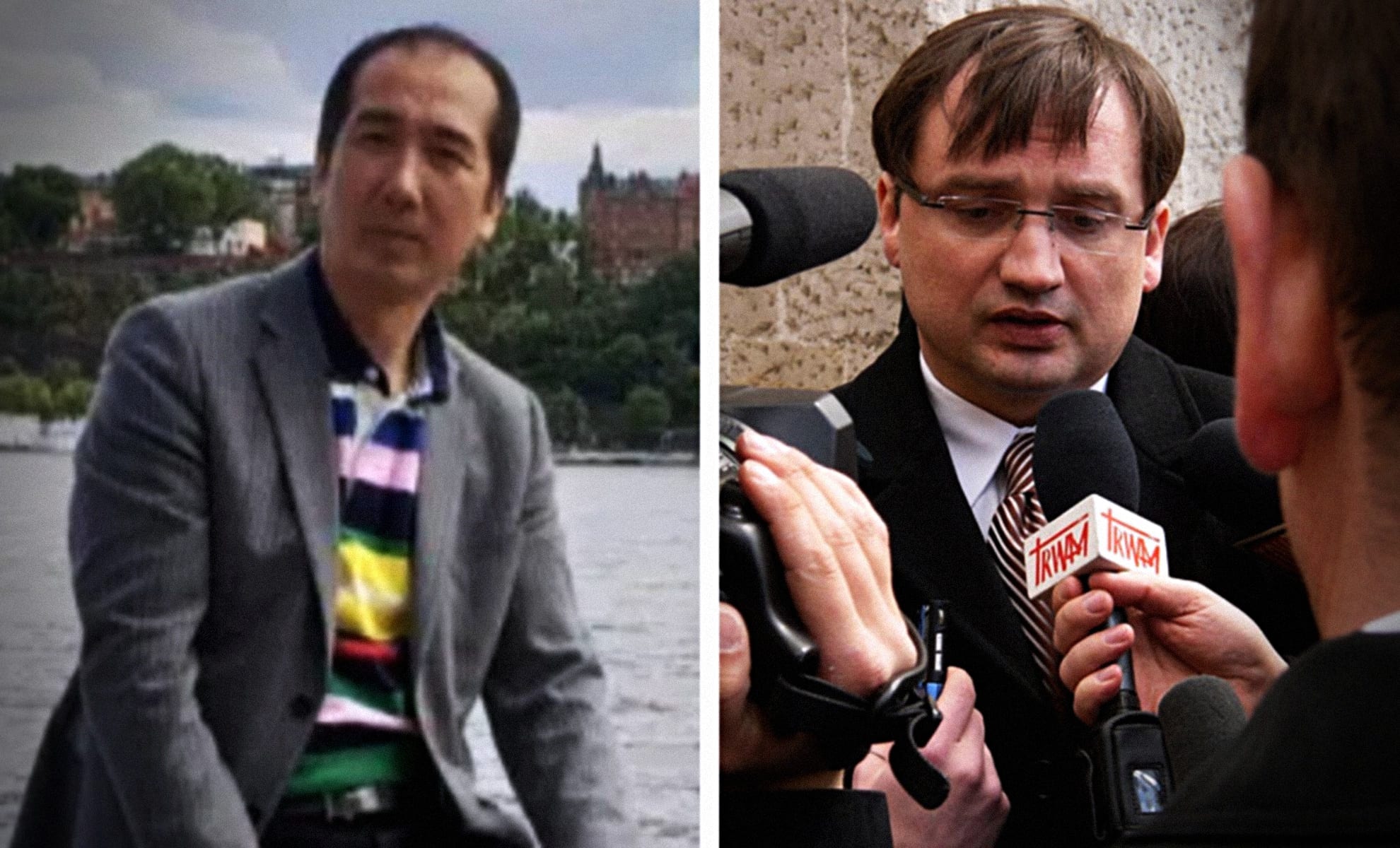 “My client has been in one cell for two years with a Chinese man linked to Huawei, suspected of spying for communist China”, says Krzysztof Kitajgrodzki Zhihui Li‘s lawyer, extradition of whom China demands from Poland. “If Poland hands me over to China, I will die”, Li wrote. The District and Appellate Courts in Warsaw said the extradition of Mr. Li is possible, but his lawyer turned to the Ombudsman, who appealed to the Supreme Court. The case is due to be heard by the Supreme Court on the 15th of January. But the final decision on the fate of Zhihui Li will be made by Justice Minister Zbigniew Ziobro.

Officially, communist China accuses Zhihui Li of an economic crime, for which he can be formally sentenced with up to life imprisonment. However, Li argues that these accusations are unfounded and they are to cover the real purposes of the Chinese government, namely the persecution of the Falun Gong movement with which Li is associated. Both he and his defender are convinced that because of his involvement in the Falun Gong movement and the rejection of the Communist Party, Li will be facing a death sentence in China. Li was detained almost two years ago at Chopin Airport and has been in custody ever since.

A spokeswoman for the Ministry of Justice, Agnieszka Borowska, responded to our questions and said that the ministry is closely monitoring the case. “For us, the priority is to protect human rights, but at this point, we do not comment on the issues that the court is dealing with”, the spokesperson said.

She added that it was clear that the District Court was aware of the arguments about the defendant’s relationship with Falun Gong, but did not consider them credible, stating that the accused was using them only to avoid extradition.

“The topic does not get accepted by editorial colleges”

The case of Zhihua Li’s extradition was addressed by TVN journalist Bartosz Żurawicz. However, other Polish media are silent, even though they have obtained information about the case.

A defense attorney Krzysztof Kitajgrodzki admitted on Against The Tide TV that he had notified the Polish media about the case, but “when they learned that this was about China, the topic did not get accepted by the editorial colleges”. Mr. Kitajgrodzki could not reveal which media had ignored Mr. Li’s case. He explained that his client did not authorize him to do so. “You are brave, TVN is brave, I will not judge the rest,” he said.

The Embassy of Sweden, of which Li is a national, also intervened in the Zhihui Li case.

In one cell with accused of spying for China

Krzysztof Kitajgrodzki also revealed a shocking fact. He said that his client has been in one cell for two years with a Chinese man affiliated with Huawei, suspected of spying for communist China!

It is about former Huawei Poland director Weijing Wang.

Mr. Kitajgrodzki added that Mr. Li had not received permission from the Polish justice system to hold a teleconference with journalists.

“It is a shame of the Polish State, it is a scandal! It’s a crying shame, it shows that there is no rule of law and justice in Poland”, said the editor-in-chief of Against The Tide TV, Pastor Paweł Chojecki. “While Mr. Li was not allowed to contact journalists, the Chinese [director of Huawei Polska], accused of spying on the 5G information system, could publish his political manifestos in the Polish media. This clearly shows that Poland has communist tendencies”, he said.

Ed. Hanna Shen, correspondent of Against The Tide TV in Taiwan, described a practice that is often used by the Chinese authorities. If a country refuses to hand over a prisoner, China threatens to weaken the economic relationship between the two countries.

“Two years ago, Poland was requested to hand over 48 detained Chinese and Taiwanese nationals to China, but Poland did the right thing and did not give in to the Chinese pressure. And there was no deterioration of Polish-Chinese economic relations” – she explained.

Krzysztof Kitajgrodzki also confirmed that the extradition of a particular person should not matter in the economic relations of the two countries. “I have examined the issue of handing over the Chinese citizens by Poland to China, and there has been no such case in the last 20 years! (…) I hope that financial issues will not determine the decisions concerning human life, since it would demonstrate the level of civilization Polish”, added Mr. Li’s lawyer.

An appeal to minister Ziobro

Attorney Kitajgrodzki was speaking in Against The Tide TV on the chances of declaring his client not guilty. – I think that the rules of criminal proceedings are so clear in Poland that only one decision is possible. But this is a matter of Mr. Ziobro’s conscience. I have asked the National Prosecutor’s Office and the Ministry of Justice if either of the bodies is monitoring what happens to the people handed over to China. The answer was – absolutely not. Thus, from the point of view of the minister, sending Zhihua Li to certain death is very likely, he said.

The fact that the ministry of Justice Minister Zbigniew Ziobro is calling for an easing of the regulations limiting the construction of 5G networks in Poland by the Chinese communist company Huawei does not help Zhihui Li’s situation. “This is very worrying. I appeal to Minister Ziobro: do the right thing and let Zhihui Li return from Poland to Sweden. I hope that international attention to this issue will help the Minister of Justice make the decision not to extradite Mr. Li”, said Hanna Shen, Against the Tide TV’s correspondent in Taiwan.

We also talked to attorney Kitajgrodzki about his client’s health. “Mr. Li recently recovered from severe pneumonia. (…) For the past two years, he had had no contact with the outside world and he only talked to us. Let’s put ourselves in his shoes: we are in a foreign country, arrested during a trip, we do not know about any issues with the Chinese prosecutor’s office and we are waiting for a decision [about our fate]. I can only add that at the same time another Chinese man was waiting for the decision to be extradited, but for fear of being handed over to China, he committed suicide. When we were in the visiting room, through the window we saw a man being carried out in a body bag. Later, we learned that it was that Chinese man. (…) It makes it easier for us to imagine what kind of stress Mr. Li is in”, he said.

The life of Zhihui Li is in minister Ziobro’s hands

“The District and Appellate Courts in Warsaw issued a decision on the legal admissibility of Mr. Li’s extradition. After that, I asked the Ombudsman to challenge those decisions immediately. The request for cassation has been accepted. It will be heard on 15 January at a hearing before the Supreme Court. After the Decision of the Supreme Court of 15 January, the case will be transferred to the Ministry of Justice and the final decision will be taken by Mr. Zbigniew Ziobro”, Kitajgrodzki said.