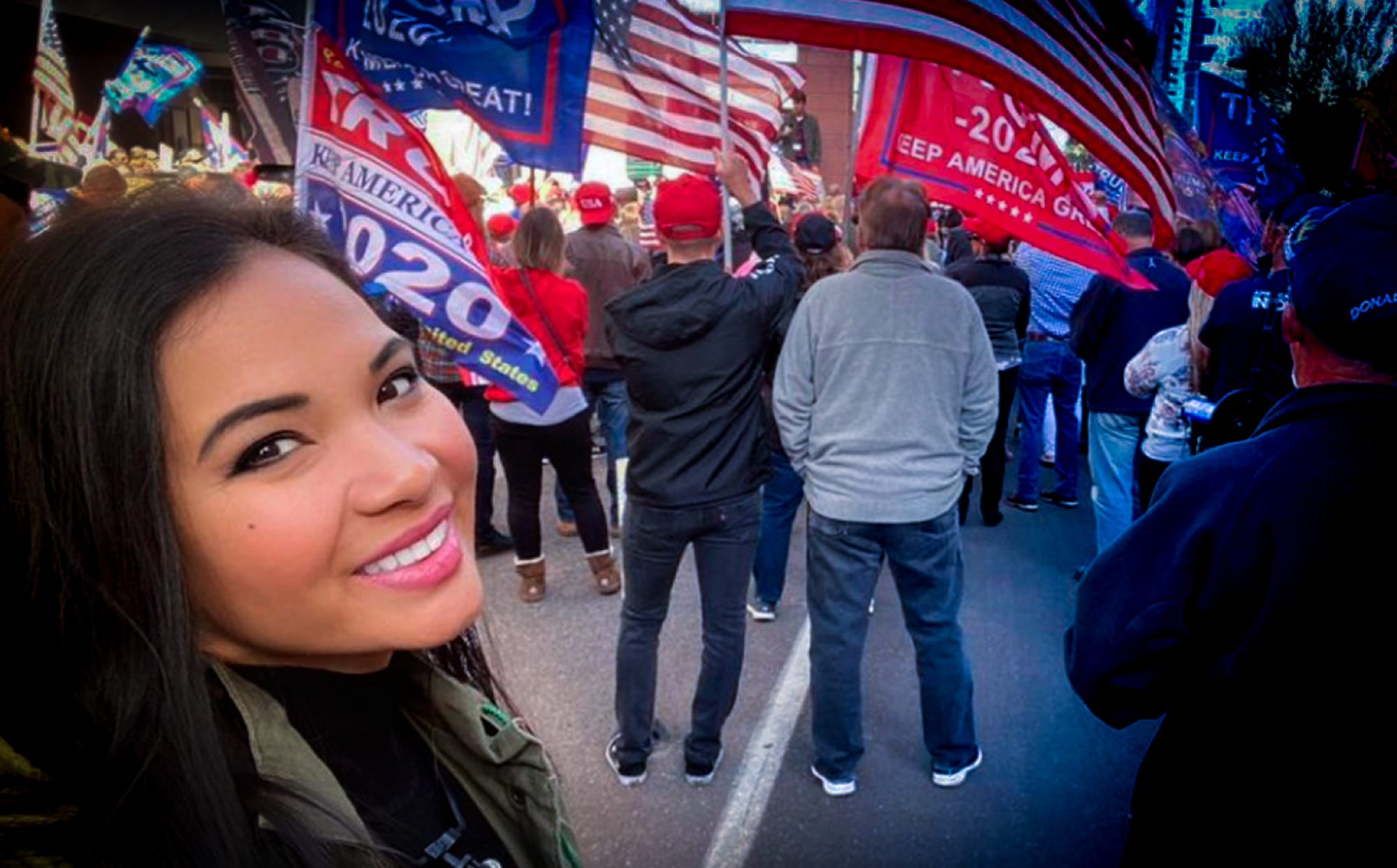 – I’ve recently walked away and went from Trump hater to a Trump supporter, says Tara Szczepanski a Polish-Filippino American, Host of Polish American Brotherhood, in an interview with Eunika Chojecka for Against the Tide TV.

“I’ve never even asked my father (a recent #WALKAWAY as well, who voted for Hilary in 2016) why he was a Trump supporter and was very dismissive of his views.” Tara realized her political views created a barrier with her father, family, and friends. “This signaled to me something was wrong. You need to be able to talk to important people such as your father, your family, and friends to understand their views.”

Tara’s father Marian Szczepańskis, fled socialism and communism in Poland and came to America back in the 80’s. He used to believe and vote for Democrats. He even voted for Hilary in 2016 but when Trump became president, he decided to #Walkaway. “Trump promised and he delivered the promises, so I’m a supporter of what he is doing.”

When BLM and Antifa vandalized the Kosciuszko monument, it very saddened Tara’s father “We felt this was an attack on Polish heritage”, said Tara.

“People do not know the history of this man. He was a Polish American revolutionary war hero. That’s how I knew that the BLM movement was a sham because this is a man who fought for the freedoms of all Americans. And also upon his death, his state went on to free the slaves. So to vandalize a statue of a man that means this, you notice that the organization Black Lives Matter is not being true to the statement of Black lives matter”, Tara explains.

Tara received a massive backlash following a post she published on Facebook, criticizing BLM. “In my defense, I called it (BLM) as I saw it, as a domestic terrorist organization. Because any organization that is terrorizing citizens and burning down our cities, and causing such damage both to the human body and property — which is anti-American — is going to be a sham of a movement. And so I received a lot of backlash from having this view and simply posting it online.”

The post has launched Tara’s search for the truth, which eventually changed her views on President Trump. “And that’s what has launched me down my own independent research. I realized that Trump is an amazing president, that has done so much for America and for the world. And that the news media doesn’t cover it as it is.”