Home Frontpage Car of a Christan from Against the Tide TV was burned down:... 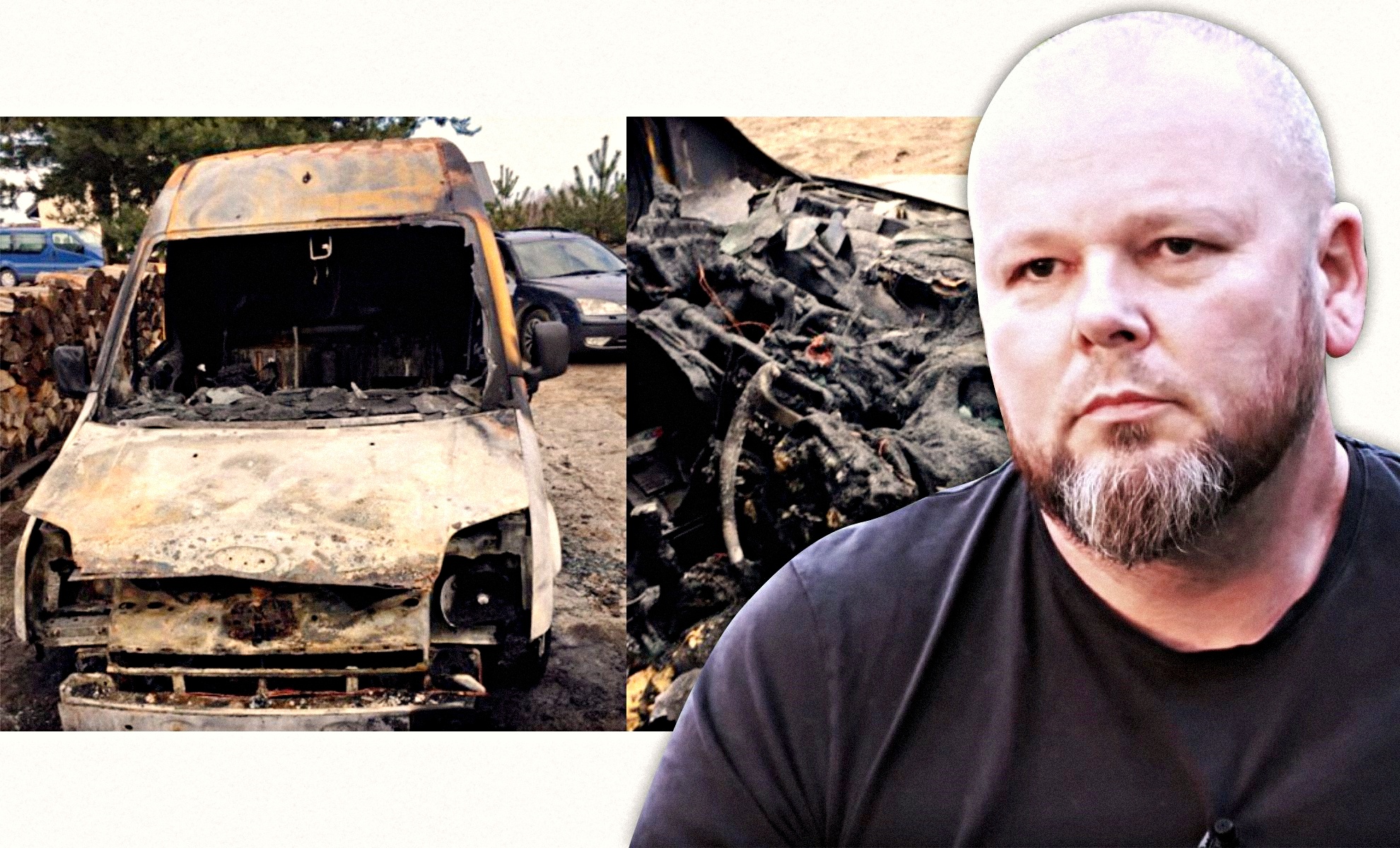 – My car burned down in front of the house. An expert in Polish Automobile and Motorcycle Federation said that in 35 years of experience he had not heard of such a case! (…) “I feel disappointed with the prosecutor’s office. Police did not even take any photos – they ignored me. I am discriminated against because I am a Christian” – Grzegorz Dolecki, a Protestant from the New Covenant Church in Lublin and a viewer of IPP TV said in the IPP TV report. Dolecki appeals to the Minister of Justice Zbigniew Ziobro: – “I expect the Polish state to defend me. Being Christians does not exclude us from being citizens, and we are entitled to the same rights as everyone else.”

Grzegorz Dolecki from Janów Lubelski has been a victim of persecution for a long time because of his faith – he is an evangelical Christian. He has suffered tremendous harassment since he spoke publicly about his faith. There were false denunciations about him and slanderous leaflets. Life-threatening acts also occurred. In Dolecki’s car, someone unscrewed the bolts in one of the wheels. The wheel fell off while driving. Thank God, no one got hurt.

“It seemed to me that this was just an unfortunate accident, but when the mechanic looked at the car in the workshop, it turned out that someone cut the bolts to the same length. An expert of the Polish Motor Association stated that it is unlikely that the screws would cut at the same length on their own, said Dolecki in the TV report Go Against the Tide.

Soon after, someone burnt down another car of Dolecki, he told our television about the issue. 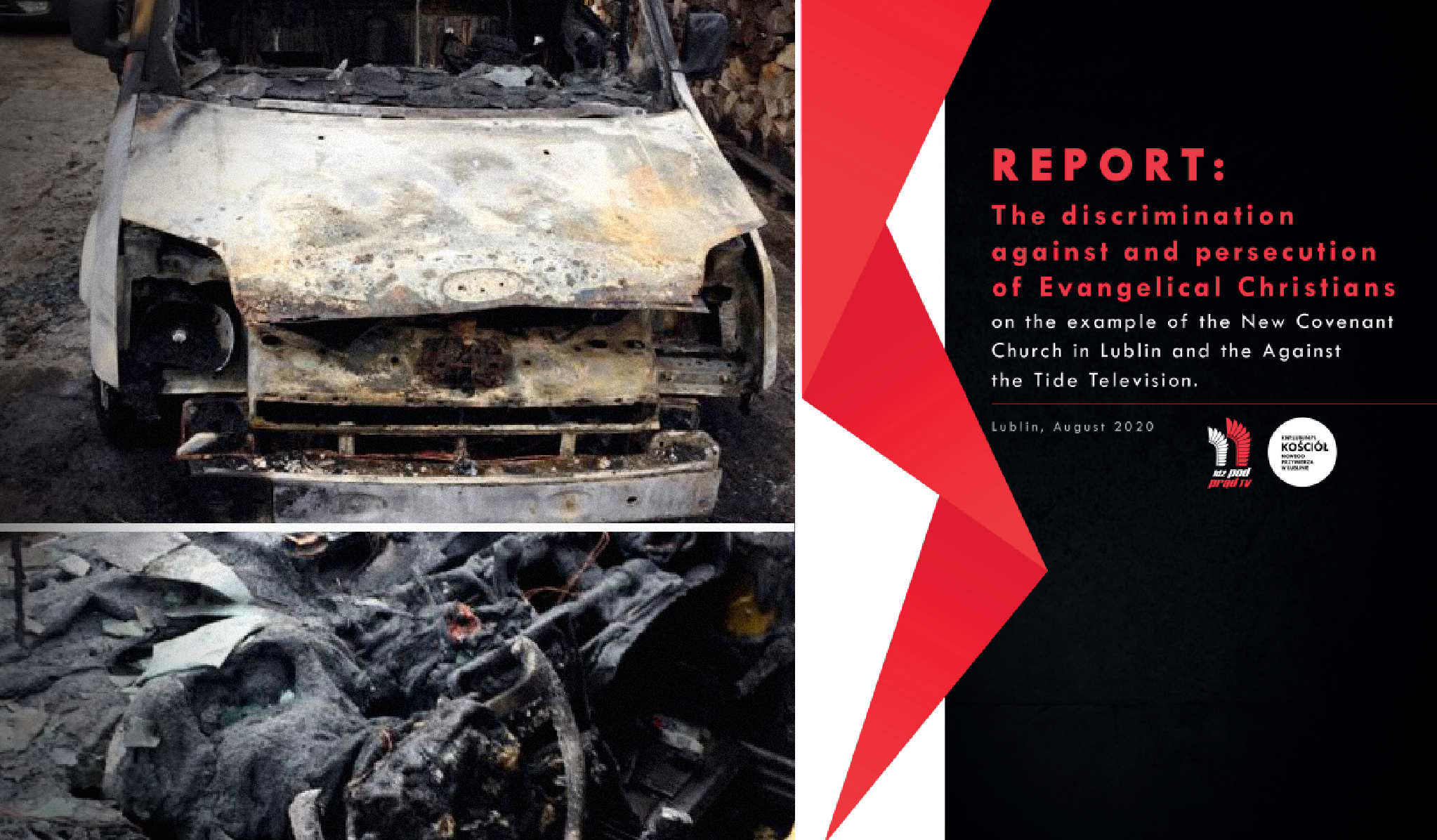 – In unexplained circumstances, my car, which I used for work, burned down in front of my house. It was a delivery truck. I drove it all day. Around 6 pm, I parked it in front of the house. The neighbor across the street noticed a fire. He started honking at us to leave the house and called the fire department. When we ran out of the house, the car was burning so intensely that there was no chance of extinguishing it by ourselves. The car was just 10 meters from the house. I managed to park other cars in a safe place, and all we could do was watch the other car burn, Dolecki described. At that time, there were seven children in the house. 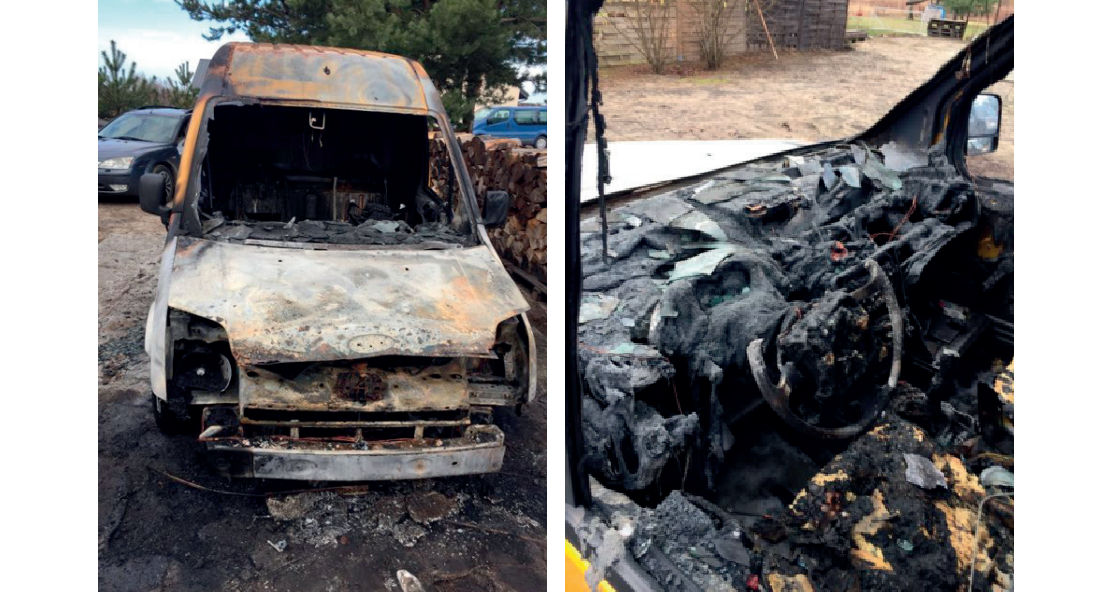 The next day after the incident, Dolecki testified to the police that he suspected that the burning of his car was related to other events. One of them was the organization of the screening of the Christian film Genesis. Another was the above-mentioned cutting off the bolts in the wheel of his another car.

– Having seen the report from the screening of Genesis, which I found on the Internet, and the leaflets distributed during the screening, I had assumptions about potential suspects. I shared my suspicions with the police officers. At first, they ignored my testimony – technicians did not come the day after someone burned my car. I personally spoke with an expert from the Polish Automobile and Motorcycle Federation expert who was towing my car after the wheel detached. He stated that during his 35 years of professional work, he had not heard of a case where a parked, locked car could ignite by itself, Dolecki told IPP TV.

After a month, the police announced a refusal to initiate proceedings stating that no crime had been committed.

The documents I got at the Prosecutor’s Office clearly show that the Office received a letter from the police to initiate proceedings for the destruction of property. However, the prosecutor did not do it, Dolecki said.

The burning of my car in early March was not the last one. Then began the attacks with denunciations against my family and me to the County Center for Family Assistance with which I am associated. It is the body that controls my wife and me as the owners of a family orphanage, Dolecki continued.

“I expect the state where I live to defend me. (…) I am discriminated against because I am a Christian. Being Christians does not exclude us from being citizens, and we are entitled to the same rights as everyone else.”

Had this affected any lay Catholic or, for example, a priest, all agencies would do their job meticulously. Everyone would investigate the case around the clock. But in this case I am a nobody for them, Dolecki said in an interview for IPP TV.

Dolecki’s case was included in the Report on the Persecution of Evangelical Christians, issued in August 2020 by the New Covenant Church and the Against the Tide TV.

One month after the publication of the Report, more than six months after the incident, the Public Prosecutor’s Office initiated investigations into the case. The prosecutor questioned Mr. Dolecki as an aggrieved party.

Reportage describing the case of Dolecki was broadcasted on the Against the Tide TV on September 30 this year.

Pastor Paweł Chojecki, editor-in-chief of Against the Tide TV, commented on the case in the program Against the Tide LIVE. He pointed out that there have been many similar cases in Poland that are not responded to by law enforcement agencies.

“When Christians screened the movie Genesis, leaflets were scattered saying, Cult-free zone. Stop the Chojecki Cult with the logo of the church and TV crossed out. When members of the LGBT community were the victims of similar attacks, it was a global scandal. And when Christians became victims of such an attack, inspired by Sakiewicz’s stickers, there was no reaction from the Prosecutor’s Office. In Poland, we witness several cases of persecution of doctors, police officers, students, etc. who have publicly admitted to being Christians and members of the New Covenant Church in Lublin. They were immediately subjected to media campaigns and constant harassment,” pastor Chojecki commented.

These cases were described in the report DISCRIMINATION AND PERSECUTION OF EVANGELICAL CHRISTIANS IN POLAND, based on the examples of the New Covenant Church in Lublin and Against the Tide TV. The document presents specific examples of persecution and discrimination of Protestant Christians, committed by the Polish government, its various agencies, and the judiciary. The report was sent to the Polish authorities as well as – in English – to the US Department of State.

It did not take long for a reply from the State Department to come forward. The case was referred to the Office of the Department of State for Europe and Eurasia. So far, we have not received an answer from the Polish authorities and law enforcement agencies.

FULL REPORT AVAILABLE BELOW:
ENG The discrimination against and persecution of Evangelical Christians KNP IPP