Home Frontpage Tomáš Zdechovský, MEP: We will not allow Russia or China to attack... 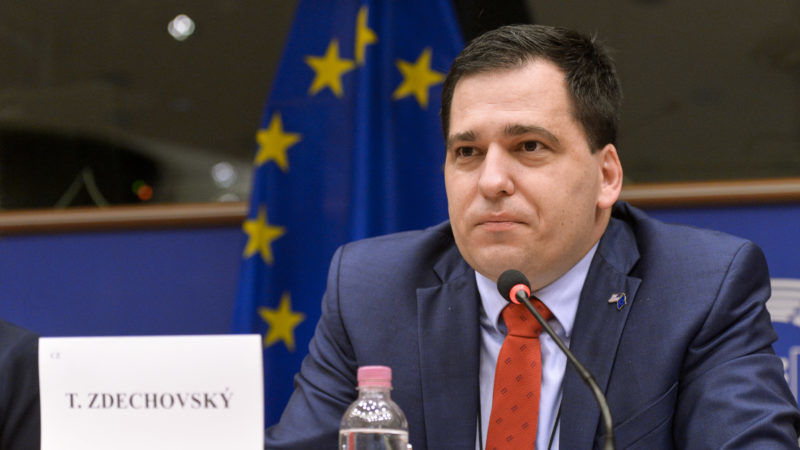 We’ve asked Mr. Zdechovský for his response to Russia’s claims, that the recent Russian assassination plots in Czech Republic are just fake news.

“It’s not fake news. If you have access to security information you know it’s not fake news. We have enough evidence. We are prepared to fight with these agents who are coming here to kill. We are a democratic country and we will never accept this behavior from Russia or China and for their killers to come to Czech and do this dirty work.”

Mr. Zdechovský also explained that the effects of these attempts to silence their politicians have been the opposite of what the Russians were expecting and claims that it will backfire on them even further.

“In the future this will create a really not pleasant diplomatic situation for the Russia in Czech Republic. We want to investigate these things. At this moment we are united like never before.”

Mr. Zdechovský talked in details about his views on the current pandemic caused by the Chinese coronavirus from Wuhan.

“From the beginning we didn’t have access to Chinese data. Why did China withheld this data? … From our view it’s really necessary to have a response from Chinese authority why it started so and who is responsible for this pandemia. Why didn’t the Chinese give the world all this information. Why WHO lied about corona virus and told us in January that this virus can not pass from one human to other.”

On Jan 20th 2020, Czech’s Senate President Jaroslav Kubera who was set to visit Taiwan, has felt ill and passed away following a visit to the Chinese Embassy and threatening letters from them, also encouraged by a pro Chinese Czech President Milos Zeman’s office.

The response in Europe has been very weak according to Mr. Zdechovský. A recent European report on the pandemic has been censored by the Chinese.

“Europe is 500 milion people and it can’t be afraid to ask China for data and answers to our questions. … The EU as an organization has huge impact and it should investigate this.”

He also explained how Czech were so successful in driving socialist mentality out of their country.

It is important to tell the socialists and communist directly that we will not accept your practices in our government. … Socialists are a big danger to the society and we will never let them back into our country.

What’s happening with the Visegrad V4 project and the wider Three Seas initiative and how come we haven’t seen any significant progress on that front?

The V4 group needs one strong leader but none of the current members are really strong leaders who can unite the V4 and be a platform for communication with other countries. I think everybody from V4 are playing some games. Czech are playing games with Slovak, Hungary with Serbia, Poland has excellent connection to Germany. … The connection between Warsaw-Prague, Prague-Budapest, Budapest-Bratislava is not very well. It’s still just on paper. For a strong partnership you need to do more.

Finally Mr. Zdechovský sent a strong message to communists from China and Russia.

We know that Russia is supporting fake news and we are fighting that, but we will never accept someone who will come to Czech republic to kill politicians.
And this is a strong message we want to send to Russians. We will never ever accept your interference into Czech domestic Politics.