Home China Together against the Chinese threat! Join Hong Kong protest in Warsaw!

On 29th September 2019 (Sun), we will gather in the cities all around the world in solidarity with Hongkongers fighting for freedom! Hong Kong residents have been protesting for three months against violations of freedom and human rights by the Hong Kong authorities and the Chinese government. Today, due to China’s economic expansion and its growing influence on politicians, Chinese communism is threatening the whole world. Hong Kong is on the front line in the fight for a free world.

Come for a rally of support for Hong Kong, which will take place in Warsaw at the Embassy of Communist China, at the side gate on Świętojerska Street. The gathering will take place this Sunday, September 29, from 1 PM to 5 PM.

The Warsaw City Council has approved the rally.

Organizers are asking everyone attending to dress in black to adapt to protesters around the world. Also, feel free to come with your own banner with slogans of support for free Hong Kong. Take your umbrella – it is the symbol of the protests in Hong Kong.

Read more about the event on Facebook! Join it, invite friends, pass it on! 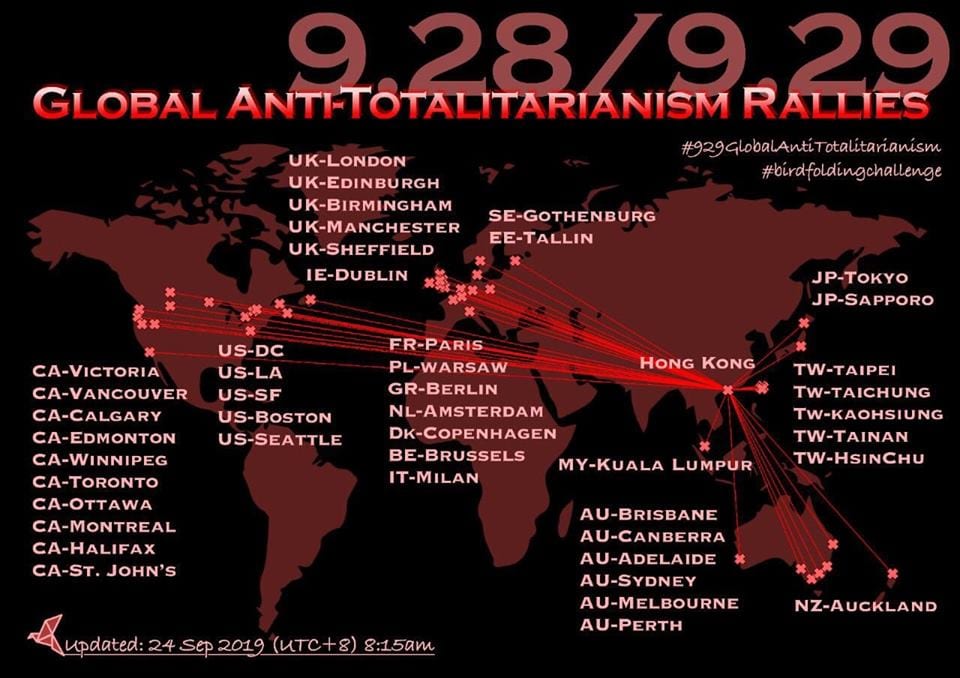