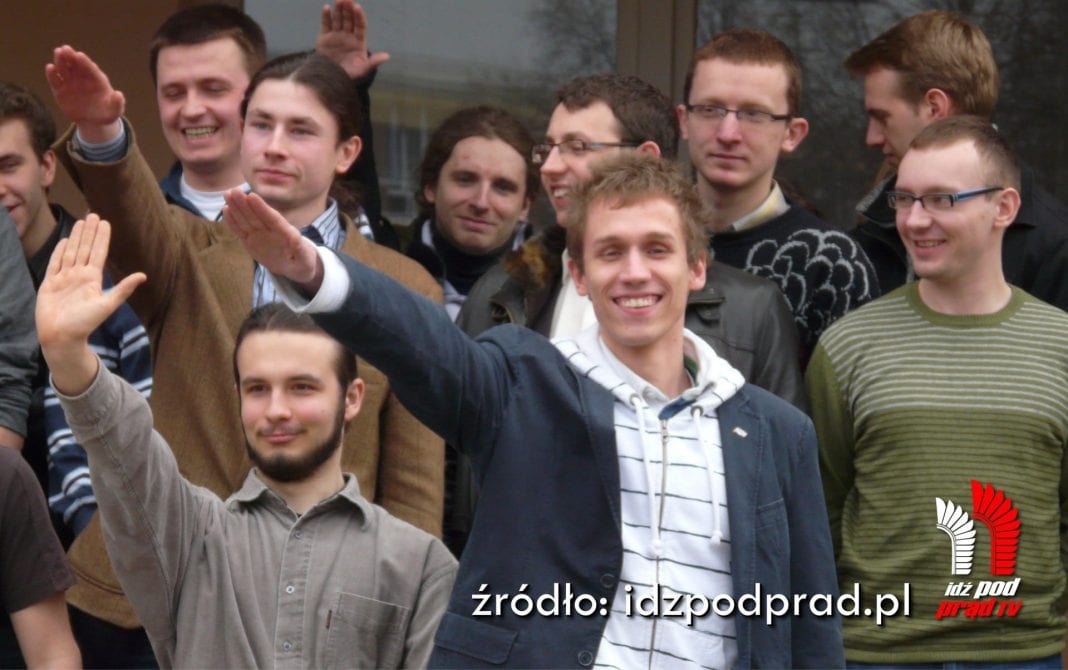 During a 2009 rally of the youth branch of the Real Politics Union (Unia Polityki Realnej – UPR) in Brzesko, a meeting with Krzysztof Bosak took place. After the meeting the youth were taking a customary photograph. Suddenly, a group centered around Konrad Berkowicz started heiling, as the photo above shows.

Dismayed, Krzysztof Bosak and a large portion of the youth of the UPR surprised with the provocation separated from the group of Konrad Berkowicz, Dobromir Sośnierz, Marcin Chmielowski and others, who were heiling.

The group had already belonged to the faction of Janusz Korwin-Mikke, who was severely conflicted with the then leadership of the UPR and left the party shortly thereafter.

A far right politician in #Poland holds a yarmulke over his opponent’s head mid-debate. In protest of her ‘doing the Jews bidding’. #antisemitism pic.twitter.com/msXHYuqXio