AGAINST THE TIDE TV NEWSLETTER – JANUARY 2022 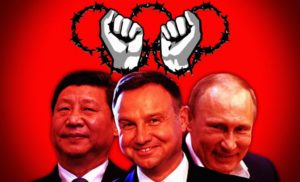 International protest against the Beijing Games

On January 4 this year, Against the Tide Warsaw Club participated in the international protest organized by the PL4HK Association – Supporting Hong Kong from Poland against the Olympic Games in communist China. Apart from our TV coverage, no other Polish media mentioned the demonstration. Our journalists talked to people involved in the organization of the protest.

During another protest in Warsaw, which took place on January 22 this year, apart from our TV, other media – radio Eska and OKO.press – also showed up. Gazeta Wyborcza and the ILN website also wrote about the manifestation. This shows that more and more journalists see the problem and are calling for a boycott of the Beijing Olympics.

It is worth mentioning that the community of Against the Tide TV sent a petition to President Duda and Prime Minister Morawiecki for a political boycott of the Olympics.

A diplomatic boycott of the Games has been announced by, for instance, the United States, Great Britain, Canada, Australia, Belgium, the Netherlands, Lithuania, and Estonia.

President Andrzej Duda said that he would take part in the opening ceremony of the Winter Olympics in Beijing. This decision was commented on by the editor Hanna Shen from Taiwan, who was asked why the Polish president wants to stand hand in hand with the criminals and take part in the ceremony organized by the communists: “I think it’s about the awareness that we are watching some interesting sports battles, in which Poles take part, but right next to it is a concentration camp, in which Uyghur women are most probably raped or subjected to forced abortion. We must remember about this! We can’t help these people. But what we can do is make these Games the least-watched Games in history.”

Pedophilia and sexual scandals in the Catholic Church 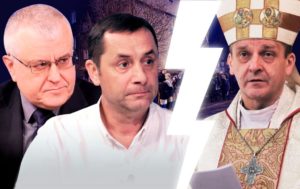 The Internet boiled up after the scandalous response of the Bielsko-Żywiec diocese to the lawsuit of Janusz Szymik, who became a victim of a pedophile priest in his childhood. Bishop Roman Pindel stated that he wanted to check Szymiik’s sexual orientation (then a 12-year-old boy) and whether he felt pleasure in encounters with the pedophile. Against Tide TV we talked to editor Szymon Piegza from Onet, who disclosed this information, and Tomasz Idzikowski, aggrieved by Fr. Jan W.

Protests against the statements of Bishop Pindel took place outside the curia in Bielsko-Biała. The correspondents of our TV talked to the co-organizer of the protest, Joanna Wolska. During the protest, a poignant letter from Janusz Szymik was read.

Czech MEP on Turów: Much Ado for Nothing! 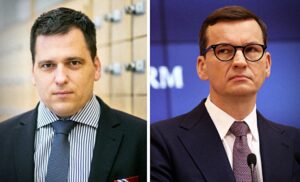 Czech MEP Tomas Zdechovski commented on the dismissal of Mirosław Jasiński, the Polish ambassador to the Czech Republic. Our guest said that Jasiński is a diplomat of the highest rank, known for his extensive knowledge of Polish-Czech relations and love for both countries. He also emphasized how important good cooperation between the Czech Republic and Poland was for Jasiński. Prime Minister Mateusz Morawiecki initiated the procedure of dismissing the Polish ambassador because of his statements about the Polish-Czech dispute over the mine in Turów. 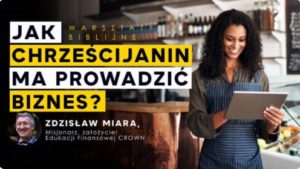 As part of the Bible Workshops, we conducted a series of programs devoted to the topic of business done by Christians. We talked with Zdzisław Miara, the leader of Crown Poland, as well as with entrepreneurs Michał Fałek and Iwona Gajda. 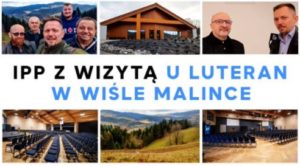 We intensively establish contacts with Christian pastors and leaders who are passionate about the evangelization of Poland. On this occasion, we visited Cieszyn Silesia. Against the Tide TV prepared reports on a visit to Christians from the Lutheran church in Wisła Malinka and the Lutheran congregation in Dzięgielów. We are glad to welcome new viewers from the Czech Republic to our audience. 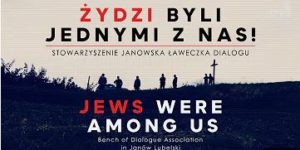 The Jews were among us! Janowska Bench for Dialogue Association

Janów Lubelski – a town half inhabited by Jews before the war. After the war, none of them remained, they had been murdered by the Nazis. The few who escaped – survived. Four enthusiasts wanted to commemorate their history, discovered an old matzevah in the forest, sat down to rest on a bench, and … decided to establish the Bench of Dialogue Association in Janów Lubelski. Later they met similar enthusiasts from Pułtusk and Tel Aviv and so it started…

Killed for saving neighbors. The story of the Ulmas and Goldmans

Markowa in Subcarpathia. On March 24, 1944, the German military police and two navy blue policemen massacred the Jewish Goldman family and the Polish Ulma family who were hiding them. This month, on the International Holocaust Remembrance Day, Grzegorz Dolecki reminded us of this tragic event.