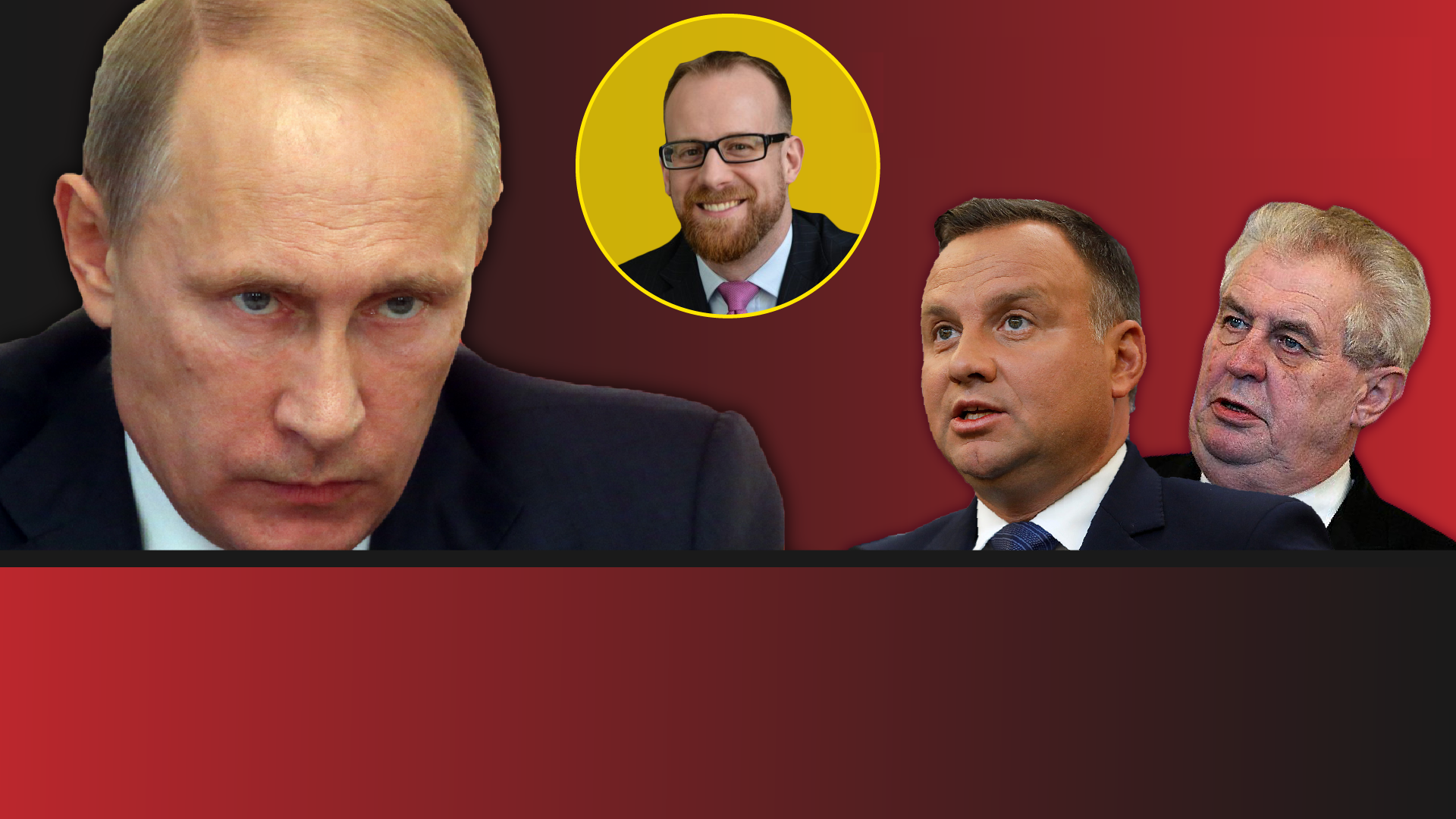 How does the Czech Republic want to obtain compensation from Russia for blowing up a Czech ammunition depot and the death of two Czechs? What should be the reaction of Prague to the inclusion of the Czech Republic on the list of hostile countries by Russia? We talked about this and more with a Czech politician, mayor of the largest district of Prague, Ondřej Kolář, who in 2020 was one of the targets of Putin’s Russian agent for his anti-communist activities and had to hide in a secret location under the protection of Czech services.

Eunika Chojecka: The Russian authorities approved a list of “hostile states” which only included the United States and the Czech Republic. In a statement, the Czech Minister of Foreign Affairs stated that Moscow’s decision was another step towards worsening the relations not only with the Czech Republic but also with the European Union and its allies.

Ondřej Kolář: I think Russia is struggling. They know what they have done here in the Czech Republic and they know that their agents, members of their military, have blown up ammunition depot in 2014. Everything has come up now. Our secret service has brought quite some evidence to the parliament and to the government. When Russians are confronted with something like this, it is in their nature that they start kicking around. If you take a look at the Russian mentality and everything that has happened in the Soviet Union or in Russia in the past, they have no other option than to react this way. I think that being on the list together with the United States is something very good for the Czech Republic. We are in very good company. The United States is our biggest allies in the North Atlantic Alliance.

E.C.: Are you not afraid of the consequences of your activities towards Russia?

O.K.: No, I would say that it is not our activities towards Russia. It is Russian activities towards the Czech Republic. Russians very well know what they have done. What they committed is an act of violence against the Czech Republic. They have blown up a military depot here, ammunition depots in the Czech Republic. It was done by the members of the Russian military, by GRU the secret military service of Russia. And if they now accuse us of being violent or somehow being enemies of Russia, it is their interpretation. The only ones who are doing these steps of worsening the relations are the Russians.

They have put the Czech Republic on the list of enemies. It was not the Czech Republic who said that Russia is our enemy. They only said that Russians had done something bad and they should compensate us for what they had done. And the Russians’ reaction was: We will now pronounce you the enemy of the Russian and we will put you on the list along with the United States.

E.C.: The Czechs want compensation from Russia for the effects of an explosion in ammunition depots. Is there a chance to get this compensation? What do you think?

O.K.: Personally, I do not think there is a chance for success. But it does not mean that we should not try. Russia has to be put under pressure. We have to show them that this is not something that we and our allies will tolerate. If we do that, if we do not take concrete steps against Russia, then of course they will try it again.

E.C.: I am asking you about compensation because Poland can not get compensation from Russia after they had attacked Poland in 1939. From where do Czech politicians take their bravery to be so firm towards Russia?

O.K.: Our government has not made very concrete and strong steps against Russia. We have not asked the allies to help us so I think that the first step we need to do is change the government and start acting as a state that has self-confidence. It will be very hard because we have a president who is very pro-Russian and who tries to deny anything the Russian side does. […] I think that countries that have problem with Russia (Czech Republic, Slovakia, Poland, baltic countries) we should work together and put European officials under pressure and try to convince them that this is something that should not be tolerated at all. Europe has to understand that Russia, on one hand, is a partner in economic ways, but on the other hand it is an enemy. Russia has pronounced one of the members of the EU as its enemy. The Czech Republic is now the enemy of Russia. If the EU does not realize that this is totally unacceptable, then any chances of change are lost.

So what I’m saying is… I will use a word that might be inappropriate, I’m sorry… The Czech Republic has to find its balls. We have to stand strong in our position. We have to make very strong diplomatic effort to convince our partners and allies in the EU and NATO that they should help us put Russia under pressure.

We have many things in common and I think we should create a group of states who very clearly will say that Russia is a big problem and will convince the EU that this problem should be dealt with.

The Czech Republic for example will be representing the EU in a year I think. So we have a great chance of doing this. We have a great chance to show that the Russian side is actually fighting against the EU. […] We have to find our self-confidence first and then we have to (…) diplomacy strong to convince our partners to make clear and strong statements against Russia.

E.C.: Senate may accuse the Czech president of high treason after the Vrbetice scandal. We will consider the possibility of submitting a constitutional complaint on suspicion of treason. We now need to gather the necessary information and listen to experts’ opinions on this matter, said Milos Vystrczil, Speaker of the Czech Senate, quoted by TASS.

Do you know any details?

O.K.: Our government and our parliament have very strong evidence that the attack on the ammunition depot was performed by Russians. […] When you see your president doing this then of course you think: Who does he serve? Does he serve the Czech people or does he serve the Russians? Because if he were the president of the Czech State he would never have done such a thing. […]

E.C.: Your colleague Pawel Novotny said: „Our current president is very specific. He is closer to Russia than to the Czech Republic sometimes. In fact always.” Is that true?

O.K.: Well, I would say that our president is an old man, he’s unfortunately also an ill man, he has many medical problems, he’s also surrounded by people who have economic interests in Russia and China. And I would say that since our president is old and ill he doesn’t see everything that is going around him and he gives too much space to these people who have their own economic business in Russia. We are in the process of a nuclear power plant in the Czech Republic. We are in the middle of buying new military equipment. If you connect these things you see that people who surround our president have interests in these tenders(19:30?) As well and they try to push these things towards Russia. Unfortunately, we have the president who (how to say it politely? I cannot think of the right word) but to sum it up. Our president is not capable of being the president of the Czech Republic.

E.C.: Czech President Milos Zeman asked China for the Sinopharm coronavirus vaccine. What do you think about this move of president Zeman?

O.K.: It’s against the policy of our government. We only use vaccines that have been accepted by the European authorities. As far as I know, neither Sputnik nor Sinopharm has been approved to be used in the EU. You can see in this example that our president is acting against the Czech Republic. He is pressing on the government to start using these vaccines that haven’t been approved to be used in the EU. He says we do not need the approval of EU authorities, we can approve them ourselves, we can get on the same path as Hungary which is using Russian vaccines […].

E.C.: Aren’t you afraid of communist China for your cooperation with Taiwan?