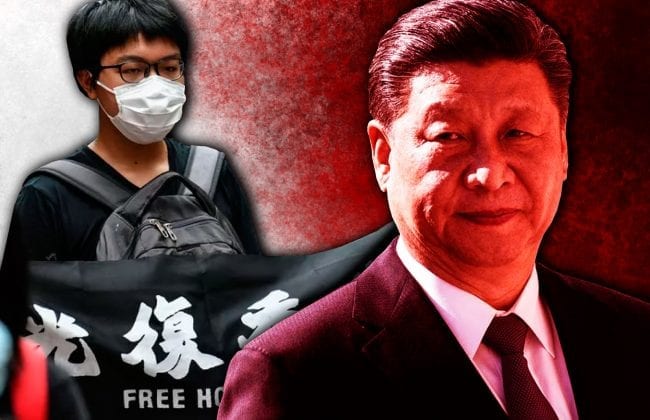 The Chinese Communist Party is trying to impose a new national security law on Hong Kong, which in practice means the abolition of Hong Kong’s autonomy. “What is happening today in Hong Kong should be the most important topic in the Polish media. If Hong Kong loses its fight for freedom with Chinese communists, the same may also happen to Poland”, appeals editor Hanna Shen, Taiwan-based correspondent of Against The Tide (Idź Pod Prąd) TV.

During the annual session of the communist Chinese parliament there was a discussion and attempt to pass the new law on national security. The new law prohibits separatism, terrorism, subversive activity against central authorities, foreign interference, and “any other act seriously damaging national security.” In practice, this means lifting Hong Kong’s autonomy.

Thousands of Hongkongers took to the streets last weekend to protest against the new regulations of the Chinese Communist Party. During the demonstration, a total of 193 people were detained on charges of illegal gathering, riots, and possession of dangerous tools. 30 people among those detained are minors. The youngest is 12 years old. During the protests, there were clashes with police who used tear gas and water cannons against Hongkongers.

Hongkongers are ready to fight communist China. “Hongkongers will NEVER SURRENDER. We will fight until we all die. The idea is bulletproof. Give us freedom or give us death. We definitely NEED your help to keep our home safe and beautiful. #StandwithHonKong #HongKong #SOS”, one of the Hong Kong protesters wrote on his Twitter.

The introduction of the new law – and bypassing local authority – violates the “one country, two systems” principle, which says that Hong Kong is to have autonomy in domestic policy for 50 years since the merger with China in 1997.

The Hong Kong Bar Association has stated that the Chinese Parliament has no authority to enact national security laws in Hong Kong by bypassing the Legislative Council. According to the Association, the Basic Law of Hong Kong states that China cannot interfere in Hong Kong’s legislative processes.

Taiwan has assured Hong Kong about its support, but at the same time, Taiwan’s President Tsai Ing-wen has said that Chinese activities in Hong Kong may force Taiwan to revoke the special status of the city. “We hope the situation in Hong Kong does not get to this stage and will pay close attention to developments, and take necessary corresponding measures in a timely way,” said Tsai Ing-wen.

Politicians from around the world are also showing their support to Hong Kong protesters and criticizing the conduct of communist China. The United Kingdom, Canada, and Australia issued a joint statement on Friday expressing “deep concern” in Beijing’s efforts to limit Hong Kong’s autonomy. US Secretary of State Mike Pompeo also issued a similar statement on Friday.

In the program Against The Tide LIVE Hanna Shen, a TV’s Taiwan-based correspondent, spoke about the will of Hong Kong to fight for freedom:

“Love of freedom is very strong in Hong Kong. Jamie Lee, a billionaire who was born in China, fled to Hong Kong as a child and has British citizenship, was asked why he would never leave Hong Kong, although he had a lot of money and could lead a peaceful life in the UK. The billionaire replied that money is useless when there is no freedom? Chinese communists say Hongkongers only have a body and no soul. Hongkongers are proving that they are fighting for the survival of Hong Kong’s soul!”

Hanna Shen appealed to the Polish media to speak out about Hongkongers’ fight for freedom. She indicated that, unfortunately, the communist narrative is being promoted, including in statements made by a political scientist and sinologist, professor at the University of Warsaw:

“Prof. Bogdan Góralczyk praises Xi Jinping’s unprecedented anti-corruption campaign and the fact that the leader makes China’s citizens feel good. Do Uyghurs feel “good”, working in a concentration camp, does a woman subjected to [forced] abortion or sterilization feel good? Does a member of Falun Gong who is cut live for sale, feel good?! This is what the Polish authority in the field of sinology says in public media! Permission to proclaim such outrageous theses shows that Poland is still a COMMUNIST country.

The current situation in Hong Kong should be the most important topic in the Polish media. They should speak about what is happening in the first front of the struggle against communism because it can also come to us. And it can come to us in such pure form as it is in China if the Hongkongers lose [their fight for freedom]. We must be well informed because an informed Pole is a conscious Pole who will make [conscious] choices and cannot be manipulated! ”

“If it were possible to co-exist with the communist Chinese and do business with them, Hong Kong would have been able to do it. And with communism, you can either have an iron curtain or a conflict. Communists seek to take over the Free World and Hong Kong is an example of this!” – summed up pastor Paweł Chojecki, editor-in-chief of the Against The Tide TV. 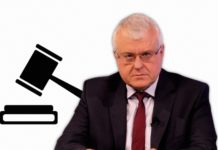 They came after me, they will come after you – Pastor Chojecki’s appeal to protestants in the penal trial 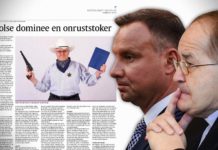 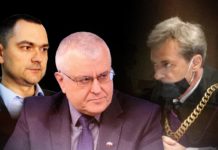 UPDATE: An appeal in the case of pastor Chojecki sentenced for words! 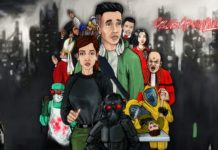 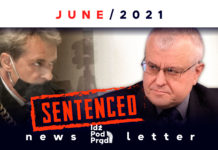 AGAINST THE TIDE TV NEWSLETTER – JUNE 2021