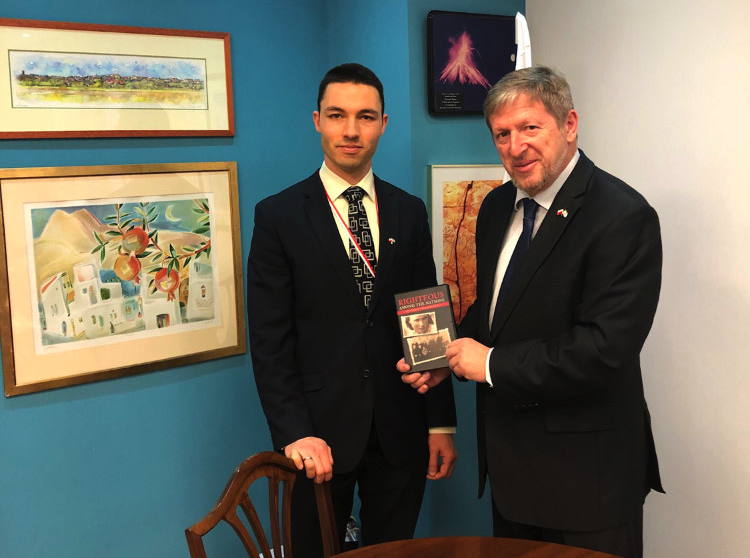 – Poland is not an antisemitic country. It is not an anti-zionist country. Period! Simple as that! I can not make it more clear (…) Polish voice should’ve been heard in the 5th Holocaust Forum in Jerusalem – says Ambasssador Alexander Ben Zvi in an interview with Ivan Belostenko for Against the Tide TV.

Ambassador acknowledged that there are incidents of antisemitism in Poland but noted that these are very rare, especially in comparison to other countries in Europe and the rest of the world.

Most public figures will not openly admit they are antisemitic in the traditional sense but feel very comfortable bashing the state of Israel with an anti-Israeli, BDS and other similar narratives. These trendy and popular practices are just as antisemitic as the traditional forms, according to Ambassador Ben-Zvi. “Everybody who says that the Jews do not deserve a country – to be antizionist is exactly that – he is in some way antisemeic. (…) Antisemitism is denying the Jewish people’s right to have their own homeland. That’s antisemitism.”

The BDS movement is nothing new and we have seen it before and during the holocaust times in Europe, according to Ben-Zvi. But Poles always had good relationships with Jews because of the joint Polish-Jewish history and large Jewish presence in Poland. “Jews lived in Poland for more than 1000 years. There is no Polish history without Jewish history and vise versa. Simple as that. It’s all interconnected and you can’t separate it.”

So it’s a shame that Poland’s President Andrzej Duda refused to attend the recent 5th Holocaust forum in Jerusalem because he wasn’t given an opportunity to speak at the event. The forum was organized by a private foundation not the government of Israel, says Ben-Zvi. They have decided on the form and the structure. “Whether it was a good or bad decision is up for a discussion but in my opinion, the Polish voice should have been heard”, he added.